Several major grocery chains will shift their hours to allow restocking and store cleaning. Some are also including hours just for those at risk. 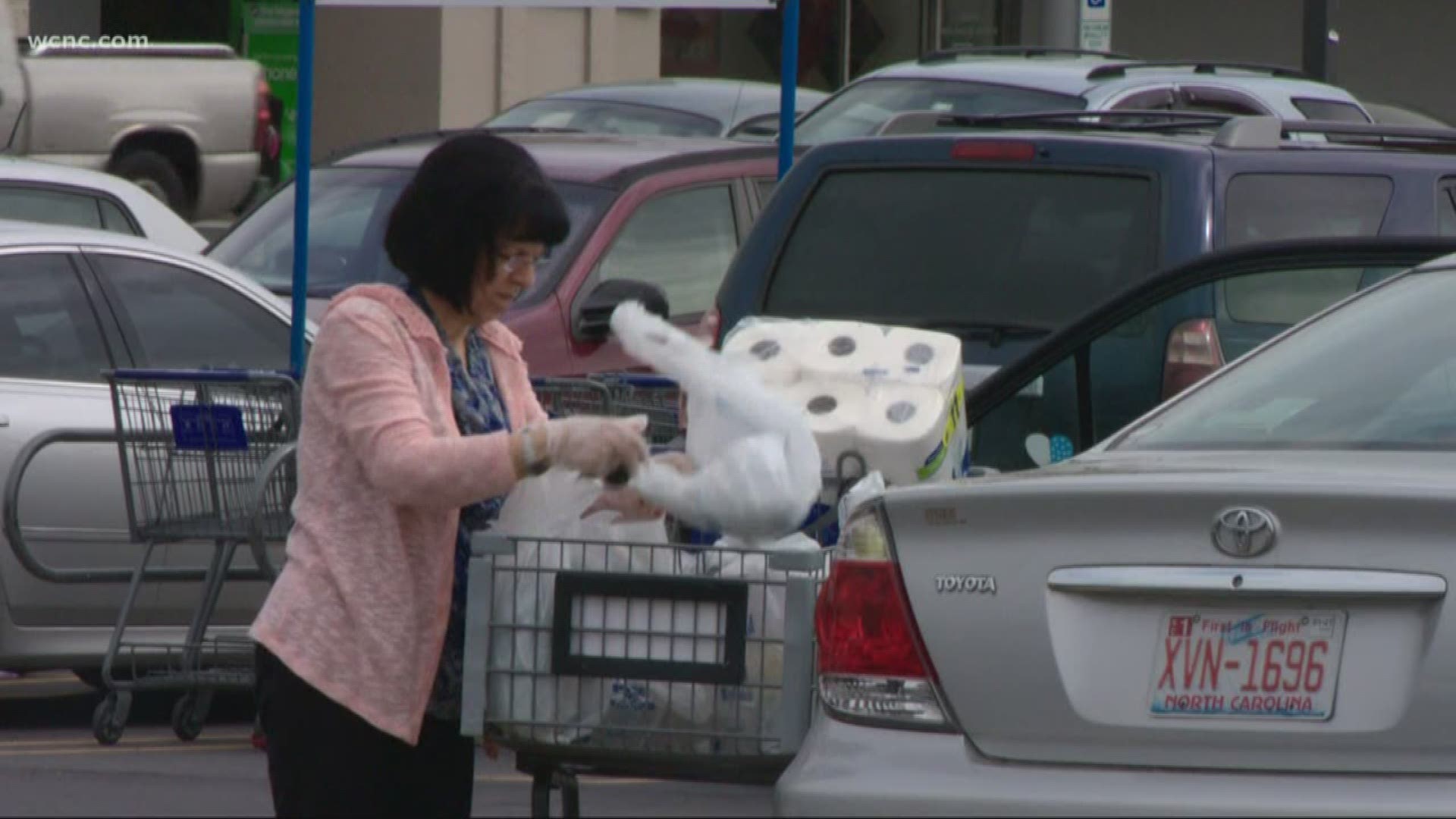 The following stores have changed their hours in order to allow senior citizens and those considered to have vulnerable immune systems to access products first:

Starting March 18, Target will close at 9 p.m. each day to allow workers more time to clean and stock products. Stores that already closed before 9 p.m. will continue to do so.

Target is also dedicating the first shopping hour of every Wednesday morning to vulnerable guests. Updated store hours can be found at Target.com and are posted in stores.

All Dollar General stores will dedicate the first hour of each shopping day to only senior shoppers, starting March 17. The company said the dedicated "Senior Hour" would give those most at-risk for coronavirus a chance to avoid more crowded shopping periods.

Fresh Market is designating the first hour of each weekday for senior shoppers and those most at-risk, from 8 to 9 a.m., Monday through Friday.

Effective March 18, Compare Foods will open from 7 to 9 a.m. specifically for customers age 60+ to give them a safer opportunity to get the groceries they need. Then, the grocery chain will open to the public.

The following stores have shifted their hours or announced closures due to the coronavirus:

"We continue to work around the clock to restock these items as we know it's important to get you and your families the things you came in for. That's why we may also periodically limit the quantity on certain items per member - to ensure more people have access to the products they need."

This will give the stores more time to clean and restock their shelves.

Here is what the statement said:

Harris Teeter is committed to providing an Incredible Place to Work and Shop. To focus on cleaning, replenishment, and the well-being of our valued associates, we will close our stores at 9 p.m. each night, effective Sunday, March 15, until further notice.

Publix Super Markets will close all of its stores nightly at 8 p.m. All stores will open at 7 a.m. (normal time) during this period.

This will give the stores more time to clean and restock their shelves.

Here is what the statement said:

“To better serve our customers, give our store teams time to conduct additional preventive sanitation and restock product on our shelves, beginning Saturday, March 14 we will adjust store and pharmacy hours companywide to close at 8 p.m. until further notice.”

Starting Sunday, 24-hour stores will be open 6 a.m. to 11 p.m. "until further notice." Other locations will also have reduced hours.

Beginning Monday, March 16th and until further notice, all Trader Joe’s stores will be open from 9 a.m. until 7 p.m. to support our Crew Members in taking care of one another and customers.

5 Church and Sophia Lounge in uptown will be closing temporarily amid the coronavirus outbreak.

NoDa Brewing announced it will close both its taprooms and all events are closed to the public until further notice. They will offer drive-thru service at the North Tryon parking lot from 4 p.m. until 7:30 Monday-Thursday. Weekend hours are TBA.

Beginning Tuesday, March 17 mall operating hours are 11 a.m. to 7 p.m. Monday through Saturday and noon to 6 pm. on Sunday.  Each store or restaurant's operating hours may vary.

All 162 REI retail stores are closing from March 16 to March 27. "I believe that is the right thing for our community. In fact, I believe it is our duty—to do all we can to help keep one another safe in this unprecedented moment," CEO Eric Artz said in a statement.

All employees from stores will be paid during the temporary closures, and all orders through REI.com will get free shipping while stores are closed.

"Out of an abundance of caution and in the interests of our Sycamore Brewing family of employees and customers, following the guidelines of local, state, and national authorities, Sycamore's Hawkins Street Taproom will be temporarily pausing its operations. As a popular destination in Charlotte's social community, matters of our employees' and customers' health and well-being are of paramount concern. This decision comes after careful consideration, and will be evaluated on an ongoing basis."

Brooks' Sandwich House announced on March 22  they would be closed until further notice due to the coronavirus. It comes less than two months after the popular NoDa restaurant reopened following the death of co-owner Scott Brooks.

"This is another big hit for us just because we have already been closed for 2 months prior," Brooks' Sandwich House said in the announcement. "But we do not want to risk anyone's health over work."

Girl Tribe in South End announced they would be completely online for the next few weeks in light of coronavirus concerns.

"We're in this together," an Instagram post says. "Stay safe, show grace and take care of each other."

Urban Outfitters decided to close all global stores. They will continue to pay the store teams during that time, saying currently they don't believe any employees have tested positive for COVID-19.

Stores will not reopen until at least March 28, as of now.

Abercrombie & Fitch is temporarily closing all of the stores outside of the Asia-Pacific region starting March 15. Additionally, they are maximizing cleaning measures at our distribution center to ensure safe product shipping.

Apple's retail stores will be closed until March 27.

"We are committed to providing exceptional service to our customers. For purchases with fast and free delivery, shop here on apple.com or the Apple Store app. For service and support, go to support.apple.com or call 800-275-2273," a statement said on the Apple website. "We look forward to seeing you soon."

A statement from Nike reads:

"The well-being of our teammates and consumers is our top priority so we have decided to close our stores in multiple countries around the world including in the United States, Canada, Western Europe, Australia and New Zealand to limit the spread of the Coronavirus (COVID-19). These closures will go into effect from Monday, March 16 through Friday, March 27. Customers can continue to shop on Nike.com and on our Nike apps.

We are taking additional steps in other Nike-managed facilities, including the option to work from home, staggered work schedules, social distancing and additional safety and cleaning steps to help protect and support our teammates.

Our Nike-owned stores in South Korea, Japan, most of China and in many other countries are currently open and will continue their normal operations."

All Rowan-Cabburus YMCA facilities will be closed effective Monday night at 9 p.m. The facilities will remain closed through March 31, at which point they will re-evaluate whether or not they can re-open.

The YMCA of Greater Charlotte announced Monday evening that it will temporarily close its 19 branches and two overnight camps due to the coronavirus pandemic. The closures will begin at close of business for each facility on Tuesday, March 17, and will last at least through Wednesday, April 1.

RELATED: Real-time updates on coronavirus in the Carolinas