NC had highest number of workplace deaths in a decade. Workers rights groups are blaming lack of COVID-19 protections.

“A lot of those workers are marginalized people. They are not people who are going to report a problem or file a complaint, out of fear of retaliation." 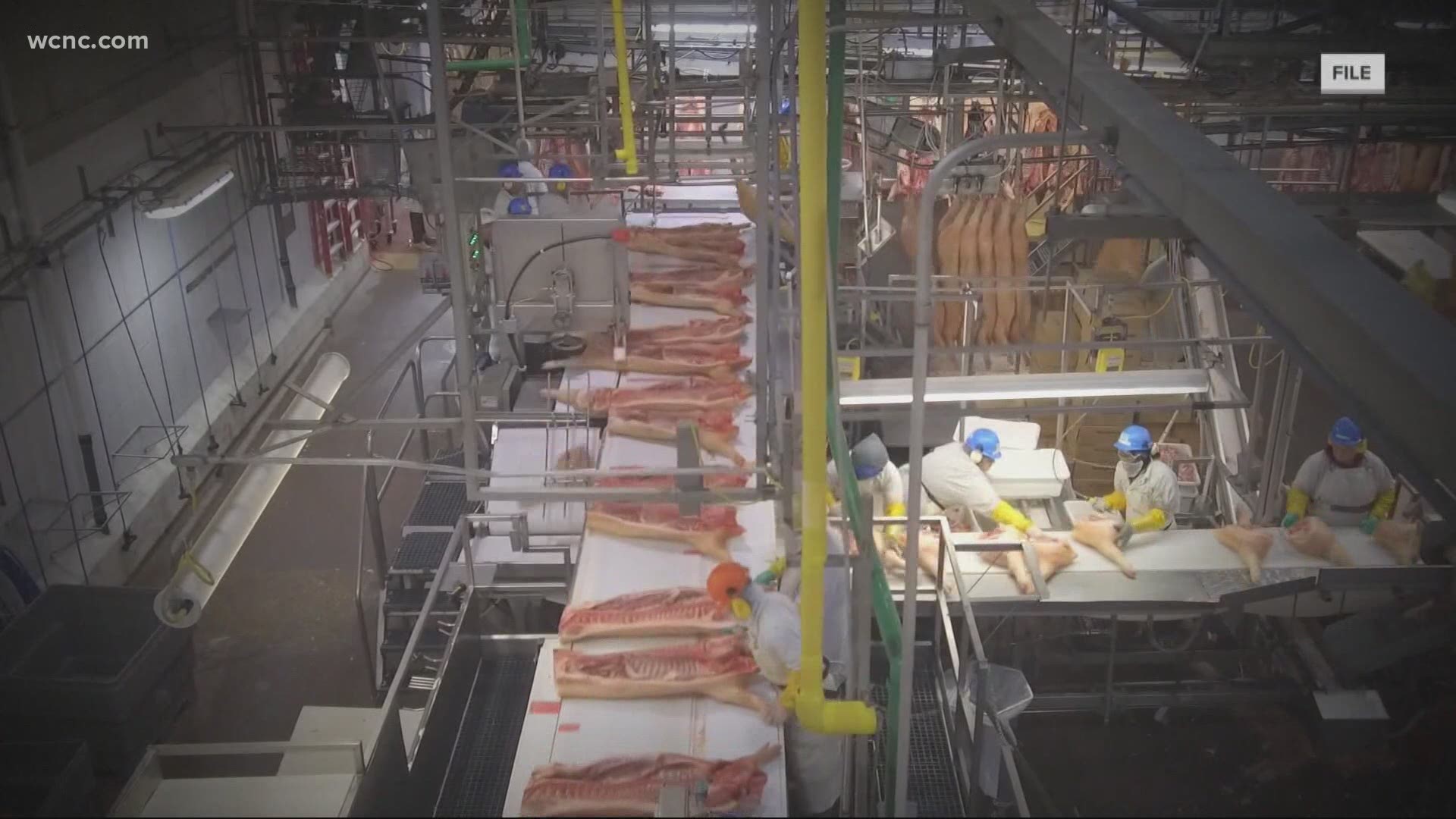 CHARLOTTE, N.C. — North Carolina had the highest number of on-the-job deaths in a decade in 2020, according to a Department of Labor report.

More than a third of those deaths were attributed to COVID-19.

Now state civil rights groups are making a formal complaint to the federal government, saying the state department of labor failed to protect employees by not implementing Covid safety rules.

As the pandemic swept the country, essential employees working in factory settings raised early alarms, many said there were little to no protections in place to keep them safe.

“These kind of processing facilities were going to be a ticking time bomb, that at any moment, there was going to be an outbreak that was going to have serious repercussions, spreading to hundreds of thousands of people across North Carolina,” said Ilana Dubester, director of Hispanic Liaison.

That was proven to be the case after numerous factory outbreaks surfaced.

Over the summer, Tyson foods in Wilkesboro had nearly 600 workers test positive.

RELATED: Life after COVID-19: At-home fitness and home improvement may be permanent

“It puts them in a really difficult situation,” Dubester said, “making a choice between taking a chance of getting Covid, perhaps even risking their lives and putting food on the table.”

Ilana Dubester is executive director of Hispanic Liaison, one of many civil rights groups that petitioned the state department of labor, back in October to implement COVID-specific safety mandates like providing PPE, enforcing social distancing, installing barriers, and stacking shifts to avoid crowding.

“We joined this effort to pressure our department of labor to do something,” she said.

But the department and then-Commissioner Cherie Berry declined.

“[Commissioner Berry] said she doesn't think the general duty clause gives the state agency any further responsibility here,” explained Elizabeth Haddix one of the attorneys for the group – which in addition to the Hispanic liaison includes the state NAACP, farmworker ministry, workers unions and others.

In a statement to WCNC Charlotte, the NC DOL said “after the October petition was denied, a Petition for Judicial Review was filed in December 2020. The Record on the Petition for Rulemaking was timely filed by the N.C. Department of Labor on Jan. 27, 2021, and served on the parties. The next step is for the court to publish a briefing schedule to the parties. To date, that has not been received by the Wake County Civil Superior Court. Since this is active litigation, we are unable to provide further comment.”

Haddix said while the litigation is pending, they concluded a federal complaint would be the next best step to encourage action by the DOL.

“Thousands of workers had filed complaints with the North Carolina department of labor, about these COVID-related issues in the workplace,” Haddix said. “I mean, literally begging the state to put these protections in… but they were offered no protection.”

Haddix said many of those workers are minorities.

“A lot of those workers are marginalized people. They are not people who are going to report a problem or file a complaint, out of fear of retaliation from their employer,” she said.

That’s two times higher than the past decade’s annual average.

“I would imagine that those numbers are low compared to reality,” Dubester said.

In a statement, the NC DOL told WCNC Charlotte “The fact that COVID-19 is a communicable disease makes it difficult to determine whether a COVID-19 case is truly work-related. Part of OSHA’s guidance regarding reporting/recording includes specific circumstances that should be considered when making this type of decision. However, even when applying each of those considerations, it can be hard to prove that a COVID case did, in fact, originate in the workplace.”

RELATED: ‘It could mean life or death for me’ | Gastonia woman unemployed and battling cancer desperate for latest stimulus package approval

The civil and workers’ rights group has filed a formal complaint against the NC DOL with OSHA, the Occupational Safety and Health Administration.

“We’ve asked the federal government to step in…in hopes that they will advise North Carolina of its legal requirements to protect workers,” Haddix said. “And hopefully also help the state establish some sensible safeguards that will protect workers.”

In a statement to WCNC Charlotte, the NC DOL added “as we get into 2021, we will continue looking at trends to determine whether fatalities are more likely to occur in certain industries or certain regions and place special emphasis on those areas. We will also continue working with employers and employees on best practices for reducing the risk of COVID-19 in the workplace.”