No reports of COVID-19 infection post-vaccination in SC, one mild case in NC

WCNC Charlotte learned there are no reports of COVID-19 among the vast majority of people who’ve received both doses in the Carolinas. 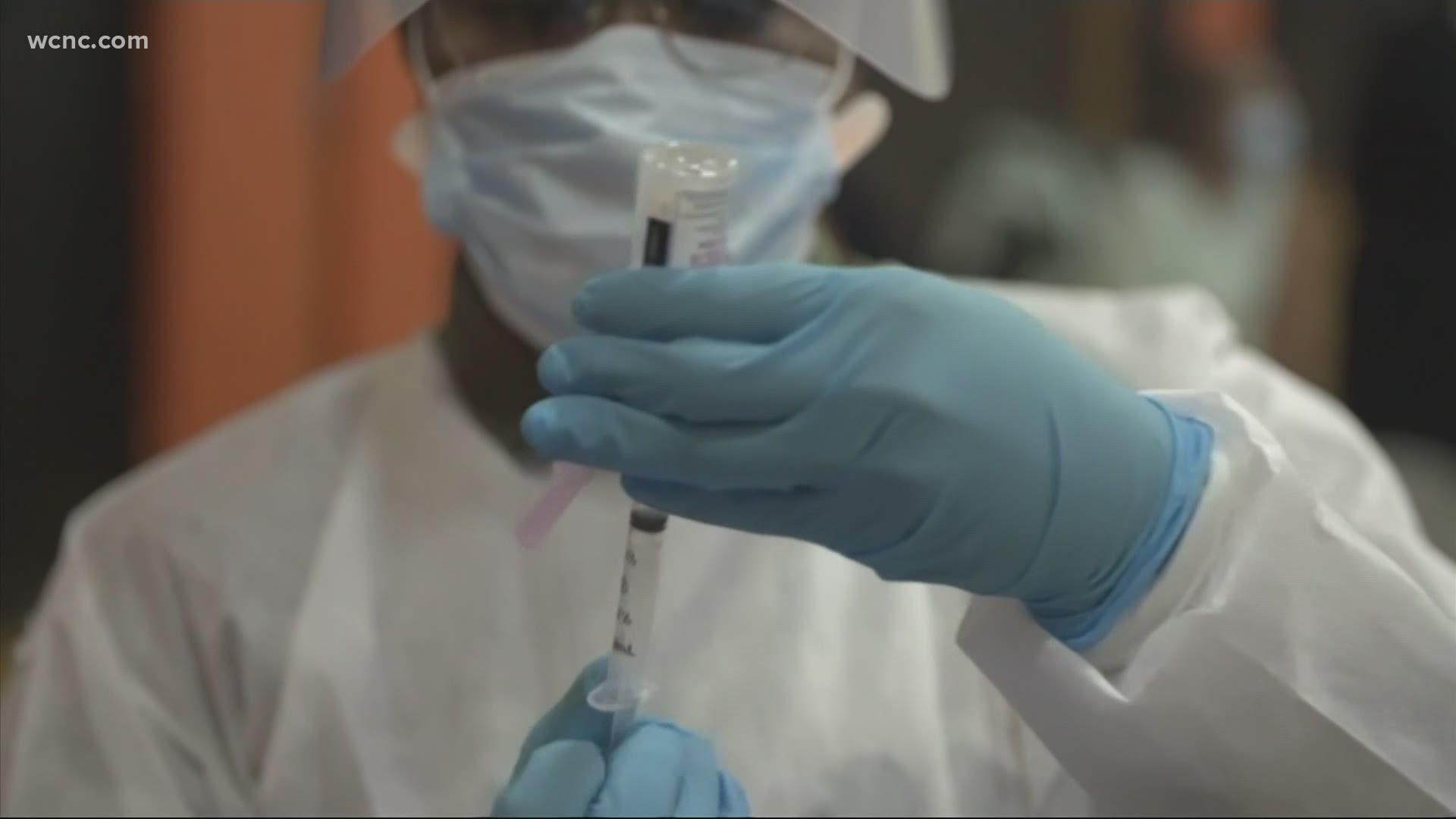 TEGA CAY, S.C. — There are promising results about COVID-19 vaccine protection in the Carolinas.

WCNC Charlotte learned there are no reports of COVID-19 among the vast majority of people who’ve received both doses.  There is a good sample of people who’ve had the two vaccines; tens of thousands in each state of the Carolinas. So far, there is only one known infection, according to state officials.

Sally Pardue said the pandemic would sometimes keep her up at night until she received the second dose of the COVID-19 vaccine.

“I have not lost any sleep over it,” Pardue, a resident at the Wellmore of Tega Cay senior living community, said. “I'm just glad I've had both of them and I feel doubly safe.”

Sally Pardue says the #pandemic would keep her up at night sometimes, but since receiving her 2nd dose of the #CovidVaccine she says “I have not lost any sleep over it”. @wcnc pic.twitter.com/1HtlPh2tnb

Pardue and Betty Boone are among dozens of residents and staff to receive their second vaccines at the Wellmore of Tega Cay.

Now, new data shows the initial impacts of vaccine protection across the Carolinas. In South Carolina, nearly 100,000 people have received both doses, according to state data. There’s not a single report of someone getting COVID 19 post-vaccination, according to South Carolina Emergency Management.

“It builds confidence that what was tested is actually working in real life as well,” David Dunn, the executive director of the Wellmore of Tega Cay, said.

There were similar results in North Carolina where state data shows more than 300,000 people have received the two vaccines. The North Carolina Department of Health and Human Services said they work closely with local health departments to investigate reports of COVID-19 after the vaccination process has been completed.

RELATED: VERIFY: What you should and shouldn't do before getting vaccinated

However, NCDHHS tells WCNC Charlotte they’ve only identified one case where someone was infected after receiving both vaccines, and that person had mild illness without hospitalization needed.

NCDHHS said they determine a "vaccine breakthrough case" or COVID 19 cases post-vaccination by using CDC criteria. In a statement, the department provided the following information: The current CDC definition being used for a vaccine breakthrough case is someone who tests positive at least 14 days after having completed their vaccine series AND who has not previously tested positive in the previous 45 days. NCDHHS is aware of one reported case that meets this criteria. At this point, NCDHHS is notified of possible breakthrough cases through reports from the patient or provider. The Department is currently working on a method to identify other potential breakthrough cases through data surveillance.

Scientists said the Moderna and Pfizer vaccines may give better immunity against the virus than natural infection.

“I do think there's evidence at least for those two vaccines of inducing perhaps better immunity than natural infection,” E. John Wherry, an immunology expert from the University of Pennsylvania, said.

“I hope soon we will be able to go out in the community and do things we were used to doing, I need to get my taxes done,” Boone said as she laughed.

The CDC said it typically takes a few weeks to build immunity after the vaccination, so it’s possible to become infected with COVID-19 just before or just after getting the shot.

RELATED: VERIFY: So, you've been vaccinated. Is it now safe to visit family?