The NC Zoo will receive its first shipment of the experimental COVID-19 vaccine at the end of July. The zoo's primates will be the first to get their shots. 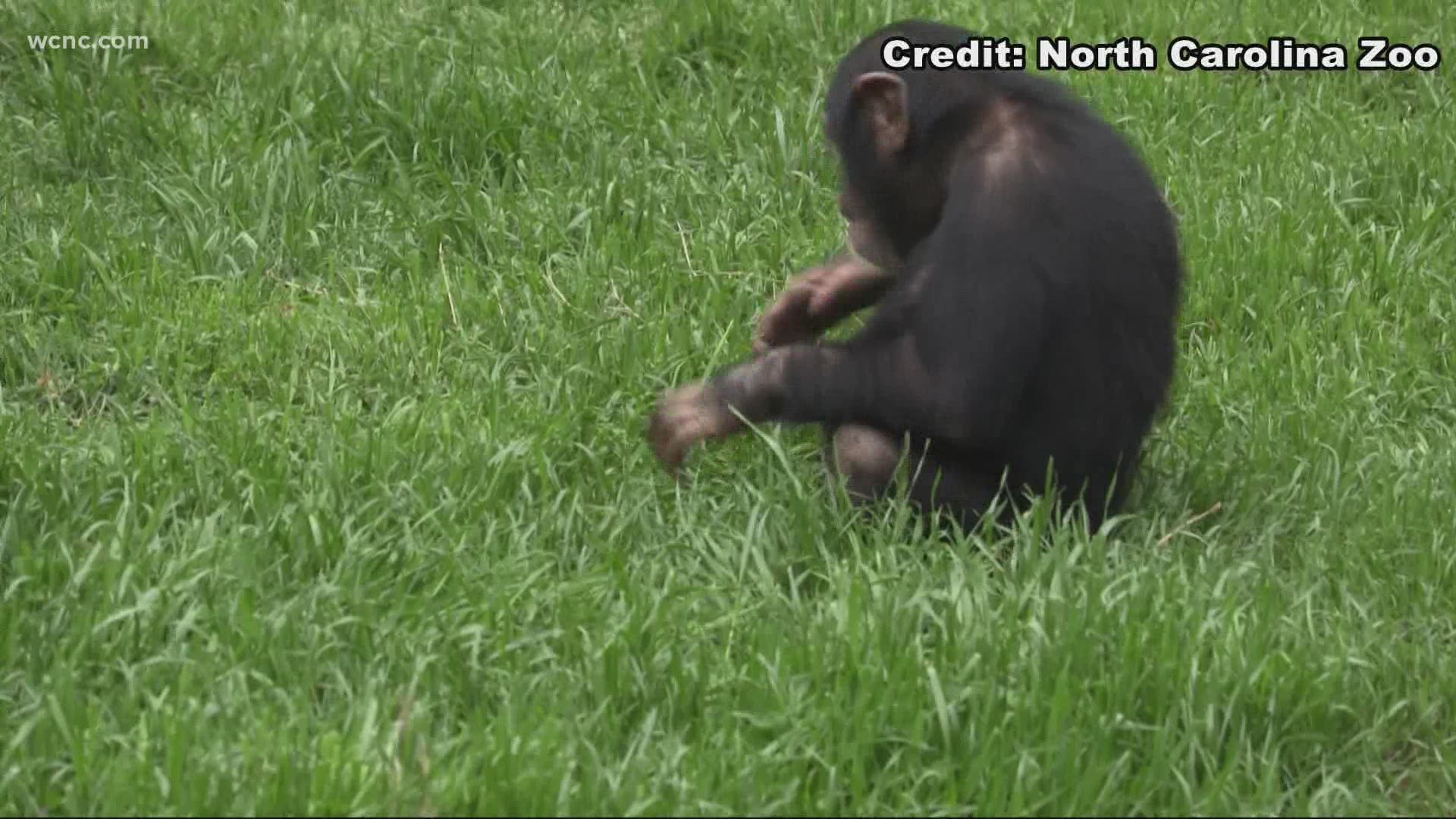 ASHEBORO, N.C. — Soon some animals in North Carolina will be getting their own vaccine. The North Carolina Zoo in Asheboro plans to vaccine some of its residents within the next few weeks.

"Just as I'm trying to protect myself and my family, these animals are part of my family and I want to protect them as well," Dr. Jb Minter, the director of animal health at the North Carolina Zoo, said.

The NC Zoo will receive its first shipment of the experimental COVID-19 vaccine at the end of July. The zoo's primates will be the first to get their shots.

"We have 15 chimpanzees and we have seven gorillas here at the North Carolina Zoo and everyone's going to get two doses," Minter said.

Soon the North Carolina Zoo will start vaccinating some of their animals. I’ll tell you what residents are first in line to get their shots at 6 @wcnc 🐒🦁🐺

The vaccine is developed by Zoetis, a company that produces medicine for animals. They've made more than 11,000 doses and are donating them to about 70 different zoos, as well as more than a dozen conservatories, sanctuaries, academic institutions, and government organizations located in 27 states.

"We are receiving the vaccine as an experimental status, is there concern? Minor. These are very similar to other products used," Minter said.

Several other zoos have already begun vaccinating their animals, including the Denver Zoo and the San Diego Zoo.

The San Diego Zoo had several gorillas infected by the virus back in January. Zoo officials believe they became infected from an asymptomatic zookeeper.

"The team has PPE around all of our wildlife. And so even with all those precautions, we still have an exposure that we think happened with that team member," San Diego Zoo Safari Park Executive Director Lisa Peterson said in an interview back in January.

According to the CDC, animals are at risk of getting the virus. The North Carolina Zoo hoping the shot will add an extra layer of protection so our animal friends can be safe too.

It's important to note that the Zoetis vaccine is designed for animals at the zoo, not for your cat or dog.

The North Carolina zoo will get its second shipment around September. Those shots will be for the zoo's lions, cougars, wolves, and bears.

RELATED: 'Pandemic of the unvaccinated' burdens busy US hospitals