Why are thousands of inmates being released early from prison in NC?

Since the start of the pandemic, more than 9,500 prisoners have tested positive for COVID-19 and at least 47 have died. 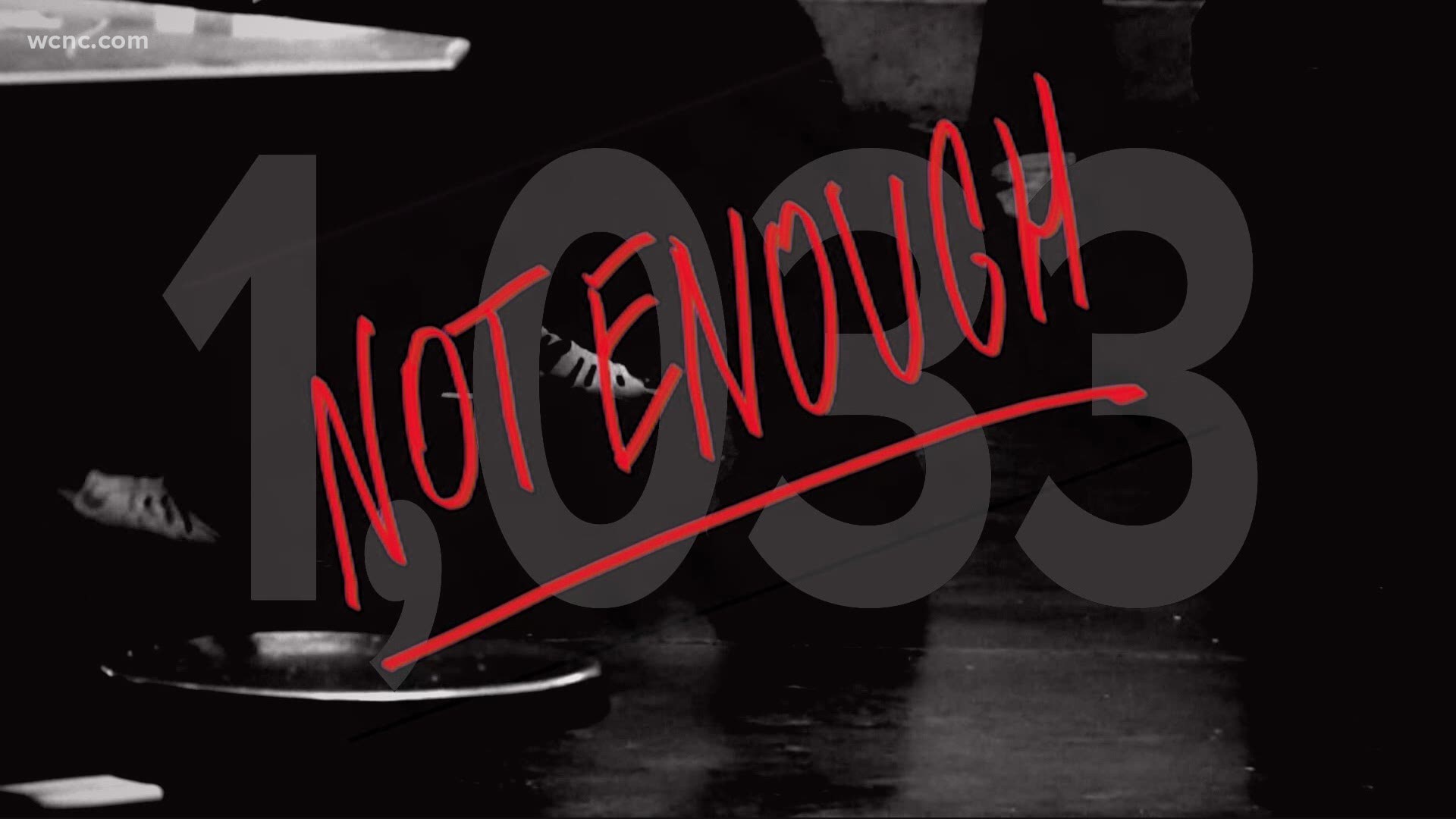 CHARLOTTE, N.C. — North Carolina is one of 16 states already vaccinating inmates. But COVID-19 is still spreading through prisons statewide.

Since the start of the pandemic, more than 9,500 prisoners have tested positive for COVID-19 and at least 47 have died.

That’s an infection rate of about 24%, making inmates four times as likely to contract the virus than those outside prison walls.

The WCNC Defenders discovered more than a thousand North Carolina prisoners so far have been conditionally released, allowing them to serve the remainder of their sentences at home to lessen crowding in prisons. But it’s come with controversy.

“We the taxpayers give DPS millions of dollars a year to run a prison system, and if they can't do it in a way that isn't cruel and unusual, and doesn't disrespect the human rights of the people in their care, then they're failing," Ben Finholt, director of the Just Sentencing Project for NC Prisoner Legal Services, said.

Finholt is advocating for non-violent inmates nearing the end of their time to be released from prison, to serve the remainder of their sentence at home.

This kind of special release, called “extended limits of confinement,” or ELC, was launched by DPS specifically to help lessen the spread of COVID-19.

“People are not released from their sentences, they simply are moved out of prison, and are essentially put on probation," Finholt explained.

"DPS is not releasing people in sufficient quantities," Finholt said. "They could let 8000 people out right now, and get them out of prison and keep the other people who they're keeping in prison safer, keep their own employees safer, but they have not chosen to do that.”

Other organizations like the ACLU are also advocating for more mass releases.

But some say it’s a slippery slope.

RELATED: Fauci: Whatever COVID vaccine is available, take it

“You have to look at each case on its own merit. You can't just lump thousands of cases," Andy Kahan, a victim advocate for Crime Stoppers, said.

Kahn said the fact that only non-violent offenders qualify for this conditional release looks good on paper but isn’t enough of a guarantee.

“When you have thousands of offenders that are coming out that are essentially going to be serving the remainder of their sentence in the community…there's going to be a percentage of people who are going to break curfew, break house arrest, violate other conditions or the release, then what do you do?”

DPS said of the 1,033 prisoners granted ELC-release, 76 violated some condition of that release and were returned to prison.

Vaccines are being issued now in North Carolina prisons, but case numbers are still as high as they were over the summer, and advocates like Finholt continue to pressure DPS to release more inmates.

WCNC Charlotte requested a list of names of offenders who have been granted ELC-release. NC DPS did not provide those names.