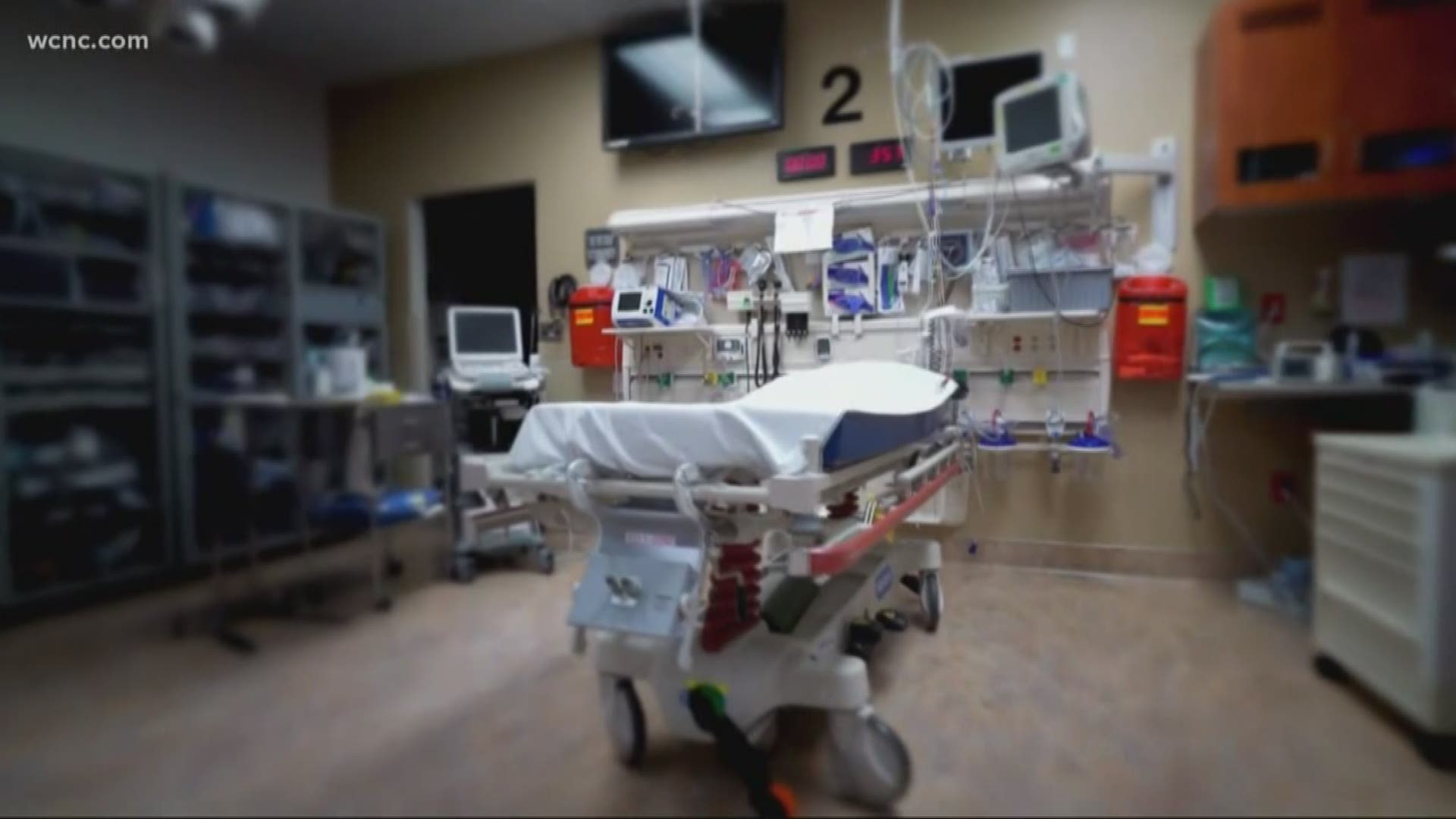 CHARLOTTE, N.C. — The University of North Carolina at Charlotte will no longer be used for a proposed field hospital, Mecklenburg County Manager Dena Diorio said Tuesday. The county is also beginning an effort to close county parks to vehicular traffic.

Diorio, speaking in front of a virtual gathering of Mecklenburg County commissioners Tuesday, announced the changes to the proposed field hospital.

Citing updated projections from officials at Atrium and Novant health hospital systems, Diorio said an extra 600 beds will be needed to handle the surge of coronavirus patients. That number is down from 3,000 beds, when hospitals officials first proposed the need for a facility such as UNCC.

UNC Charlotte Chancellor Dubois has suspended the second phase of the move-out for South Village residence halls this week.

Updated plans for a field hospital indicate the need for a facility somewhere near Uptown Charlotte at a location to be determined.

FEMA is not expected to send resources or manpower to aid in the construction of any field hospital, Diorio said. Federal or state financial aid could later be used to reimburse some costs of the project.

Despite the decrease in the projected surge, officials said the need to continue social distancing is vital.

RELATED: These states have issued stay-at-home orders, here's what that means

To help curtail large gatherings still being seen in Charlotte area parks, officials intend to close gates to vehicular traffic. Foot traffic will still be permitted into parks and onto greenways. Park rangers and other law enforcement agencies are expected to enforce the roadway blockages and any related parking enforcement.

Diorio stressed that if this new measure is not successful in dispersing crowds, the only thing that remains is the complete closure of green spaces.

"These actions are the final steps before we take aggressive action to close our parks and greenways," Diorio warned.

The peak surge of coronavirus cases in Mecklenburg County is not expected until May, as opposed to April.

"The peak surge that we were anticipating for mid-April, looks to have been pushed into May," said Gene Woods, CEO of Atrium health, as he was on a virtual call with county commissioners Tuesday night.

"It appears that the social distancing taking place in the county has begun to flatten the curve, slightly," Diorio said.

"That does not mean we are out of the woods yet," she added.