Mecklenburg County health leaders say there is still more work to be done but community partnerships have been key in breaking down barriers that led to disparities. 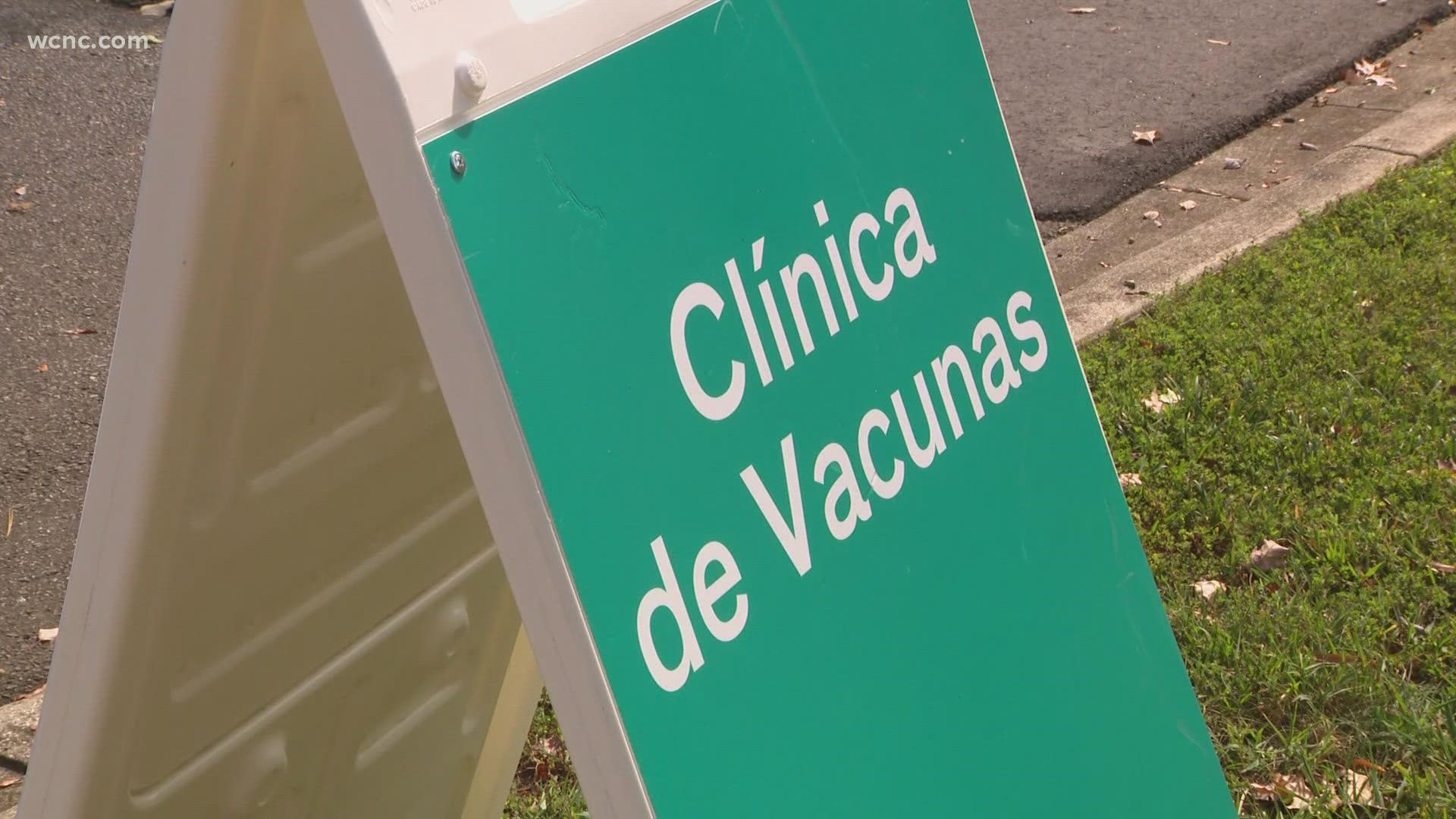 CHARLOTTE, N.C. — One of the pillars of the vaccine rollout in North Carolina has been equity. Mecklenburg County health leaders have worked to ensure minority groups are getting the information they need, in a language they understand and a setting they feel comfortable in, to ensure vaccination rates go up for all groups.

Since July, the Latin American Coalition in East Charlotte has had a weekly vaccination clinic with help from Atrium Health. They're extending it another three months because they recognize there’s still more work to be done to get vaccination rates up within the Latino population.

Early on the vaccine rollout, when supplies were low and demand was high, racial disparities emerged. Latino, Hispanic and Black people were not getting vaccinated as quickly.

“Being able to get to a clinic, to know where clinics are, to be able to access the technology especially early on when a lot of vaccines were being done through appointments," Dr. Meg Sullivan. Medical Director for the Mecklenburg County Health Department, said. "A lot of those were barriers that we saw."

The health department has been intentional about breaking those barriers down and community partnerships have been key.

The Latin American Coalition has helped vaccinate more than 300 people since July.

He added they have been faced with a lot of hesitancy.

RELATED: Delta motivating some holdouts to get vaccinated

“I think they're a little frightened to come because maybe some don't have documents and they feel they're going to be doing something wrong for themselves,” Lopez said.

They have had success helping some overcome those fears. By having the clinic in the community they live in, with people they trust and interpreters to help them understand it is not only safe, but free, and doesn't require insurance or an ID.

The latest data shows 53% of Hispanic Mecklenburg County residents have at least one shot.

“There has been significant progress made,” Sullivan said. But she recognized the need for more to be done.

On Saturday, Oct. 9, there is a Latin American Festival in Uptown. StarMed Healthcare will be there with vaccines. 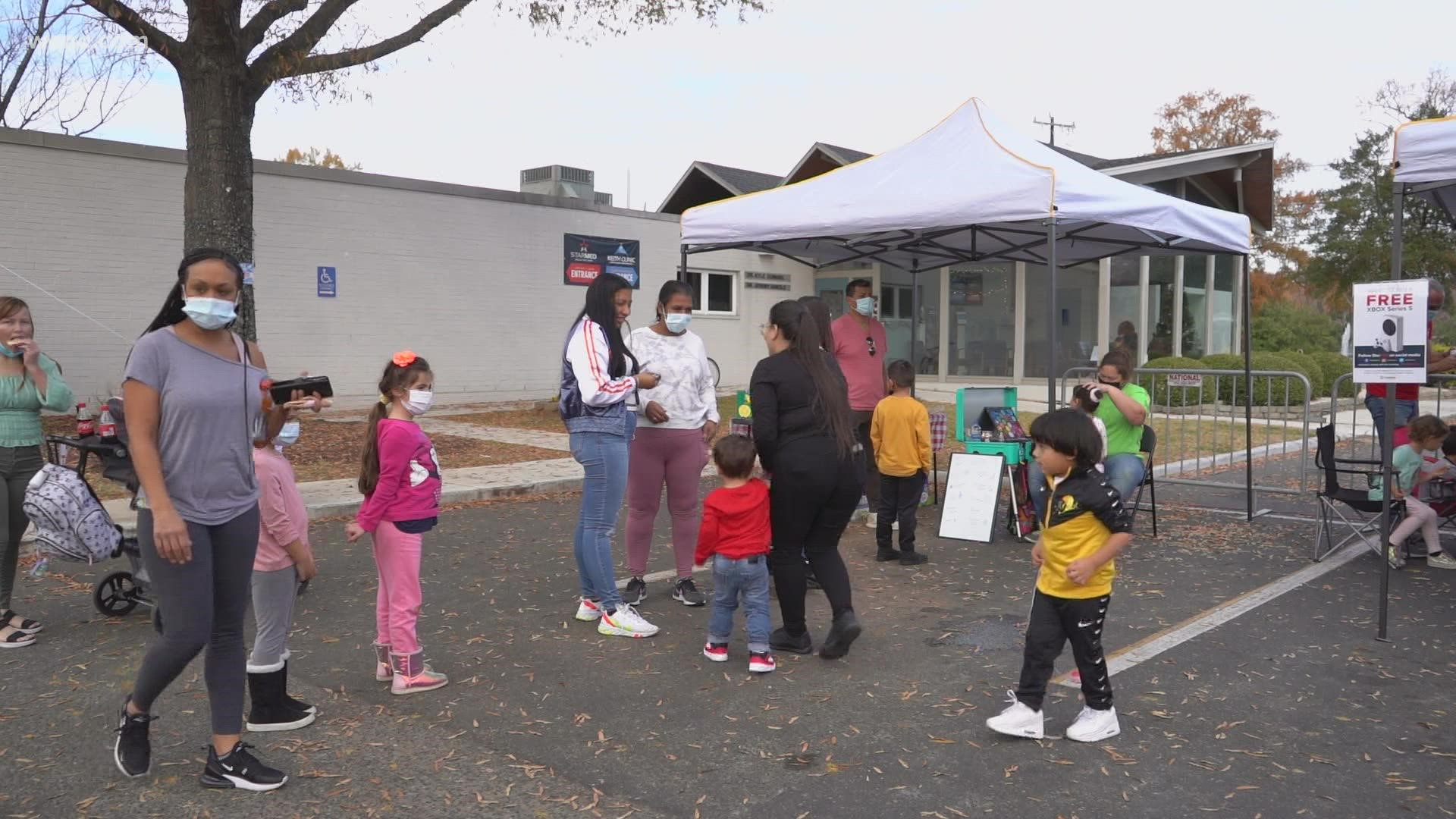