The CDC estimates that between 12,000 and 79,000 people die from flu infections nationwide each year. 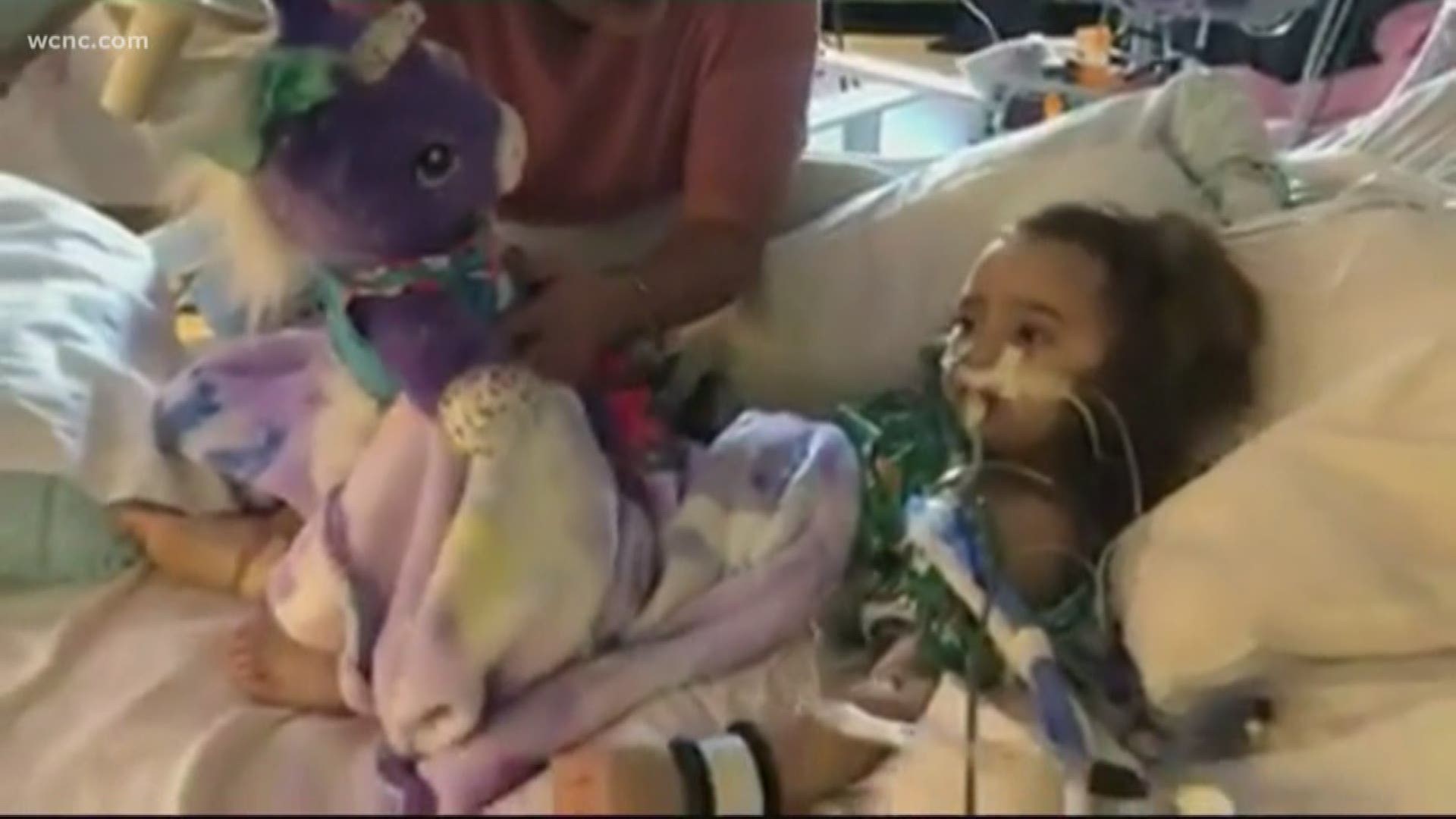 An Iowa mother is warning other families of the unimaginable consequences of the flu. The virus robbed her 4-year old daughter, Jade, of her vision. Jade Delucia’s mother, Amanda Phillips, is worried her daughter will never see again.

The CDC says pediatric deaths as a result of the flu are double what they were at this time last year. Delucia contracted the flu just before Christmas, and by Christmas Eve she was unresponsive.

“I looked down at her, and her eyes were in the back of her head,” Phillips told NBC News.

Jade had developed encephalopathy, swelling of the brain, which caused her to lose her vision. Doctors told Amanda they won’t know if the vision loss is permanent for up to six months. Jade got the flu vaccine last March, so her parents thought she was covered.

RELATED: 4-year-old girl in Iowa gets the flu and goes blind

“Every year the flu virus changes just a little bit,” Infectious disease expert at Piedmont Medical Center Dr. Arash Poursina said. "The vaccine that was prescribed for the previous season is not going to be good for this season.”

Dr. Poursina says it’s critical to get the vaccine in the fall before each flu season.

The CDC estimates that between 12,000 and 79,000 people die from flu infections nationwide each year. There has been one pediatric flu death reported in North Carolina for the 2019-2020 flu season.

After two weeks in the ICU and her daughter now home recovering, Phillips hopes their story will be a lesson for all parents.

Flu shots are widely available at a variety of health care settings. To find a location near you, use the Flu Vaccine Finder at flu.nc.gov.