NBC Charlotte Defenders found ash was sold off and used all over town as construction material, and many of those sales went undocumented. 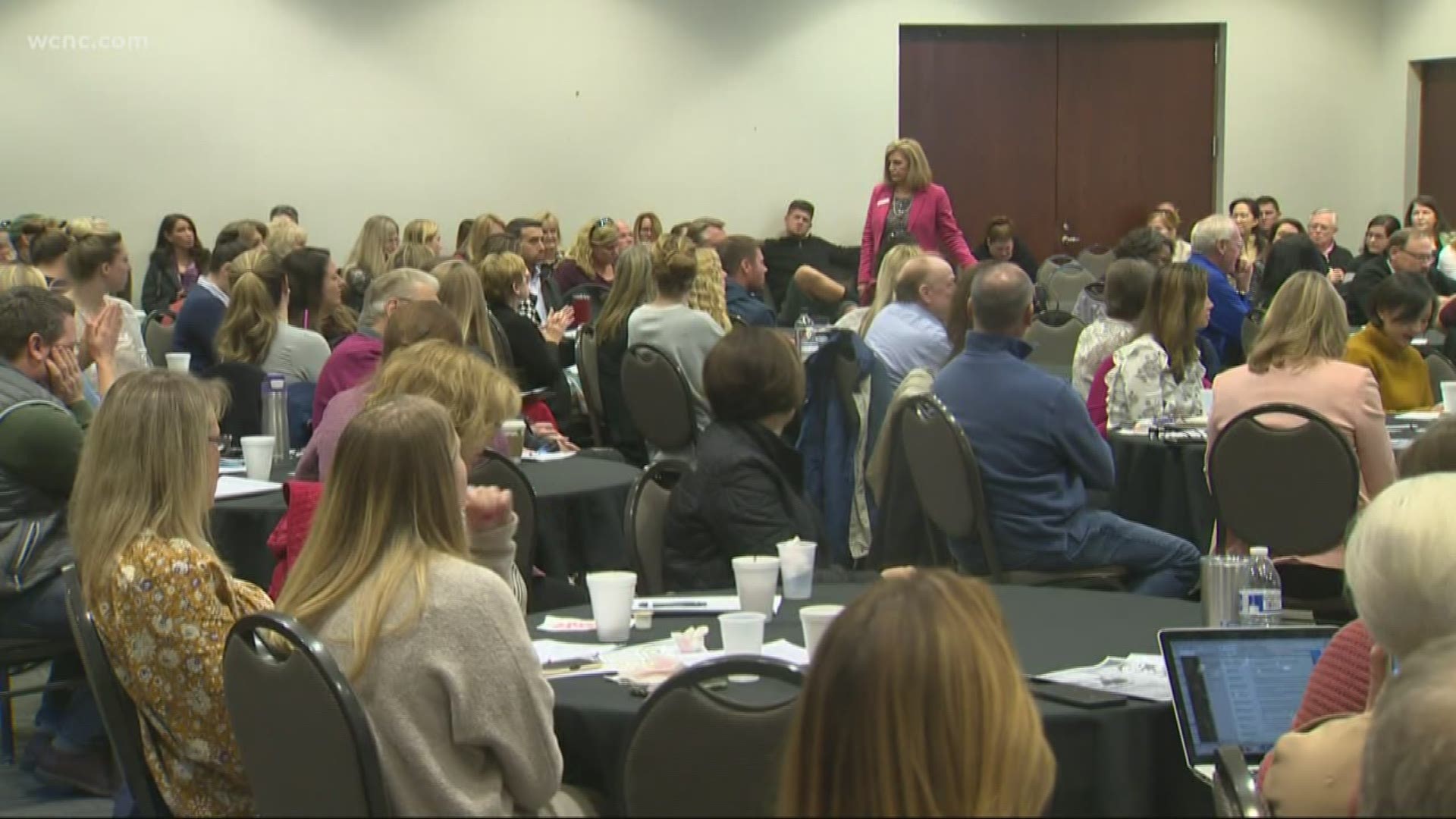 MOORESVILLE, N.C. — It was a packed room Thursday morning for a Mooresville meeting advertised as a "Coal ash and Thyroid Cancer: Realtor information session. Update with facts, not fake news."

The meeting comes after the WCNC NBC Charlotte Defenders team released a documentary about mysteriously high rates of cancer in Mooresville and neighboring Huntersville.

A Duke Energy spokesperson told WCNC NBC Charlotte they were not invited to participate in the event, during which panelists discussed public concerns over Duke's coal ash impoundment near the lake.

The meeting was packed to standing room only, with an estimated 200 RSVPs.

Some of the attendees were realtors, for which the meeting was designed.

Many others, though, were concerned citizens eager for information about the investigation into the mysterious cause of the town’s unusually high rate of cancer.

Many of the questions were about Duke Energy’s coal ash plant near Lake Norman, and whether it could be causing the cancers.

The NBC Charlotte Defenders investigation found that the ash was, for many years, sold off and used all over town as construction material, and many of those sales were never documented.

“Knowing there are so many undocumented sites, it could be anywhere I bring my children or grandchildren," said Kathy Cruthers, who attended the meeting. "I have no ability to ensure i’m not playing Russian roulette with their health.”

Senator Vickie Sawyer took the lead on Tuesday's panel, and urged people to come to a meeting on March 18, which will include doctors, scientists and other panelists more equipped to discuss specifics.

And as for that “fake news” tagline?

"What was that about?" WCNC Defender Savannah Levins asked Sawyer.

“You guys have done an amazing job and responsible accurate reporting," she said. "What happened is a lot of misinformation on social media causing some concern in our area."

Senator Sawyer addressed and dispelled those rumors, including that she was taking payoffs from Duke Energy, at the Thursday meeting.

The meeting yielded no new information about the investigation; organizers say that was never the intention anyway.

But the huge response serving as a loud and clear message from this community: we’re here, and we want answers.

“I could never sell my home knowing what I know now, without knowing if there is poison on or under my property," Cruthers said. "And people have a right to know. This could make Flint look like a tea party.”

Click here to watch the NBC Charlotte Defenders investigation on this issue, "A Plea From Two Towns."