As some call for regulation, complexes are taking action against short-term renters. Meanwhile, tenants and business owners are stuck in the middle. 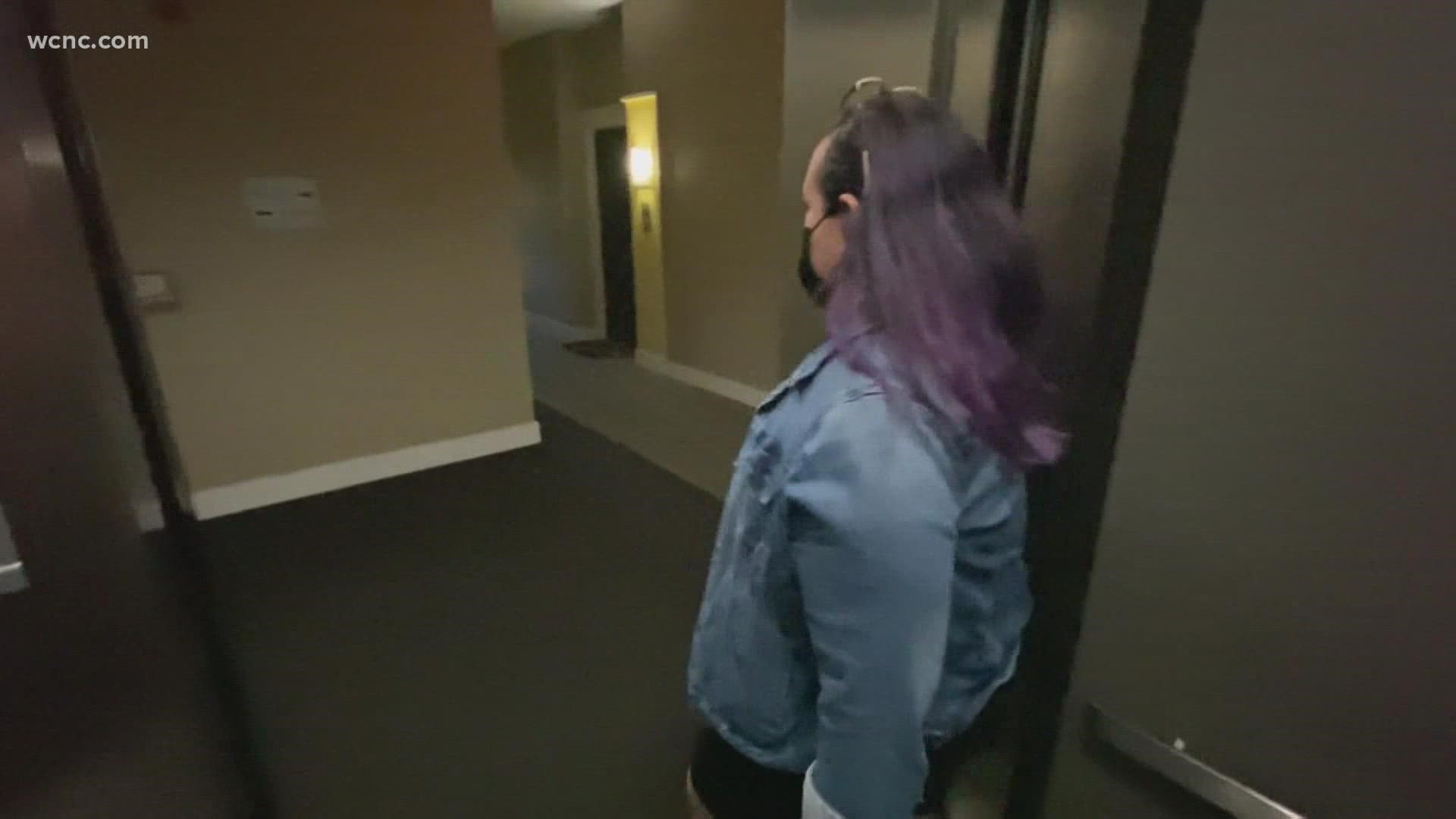 CHARLOTTE, N.C. — If you walk into Quarterside Luxury Apartments off E. 7th Street, Rebekah Whilden and her husband say it will feel more like a hotel or college dorm than an upscale apartment complex.

On any given day, trash lines the hallways, a revolving door of people come and go and the building's security code is routinely shared with people who don't actually live there.

"When there is just a generic code for anyone and everyone to use to get up and down, it just really doesn't make you feel that safe," Whilden said. "We need to make sure that the property is taken care of."

This is what it feels to live in an apartment complex overrun by Airbnb and VRBO short-term rentals. The short-term rental business is not regulated by the City of Charlotte, but most leases ban that kind of subletting.

"That would be a lease violation," Bryan Holladay with the Apartment Association of Western North Carolina said.

It's a different story, though, if management amends a lease to allow short-term rentals. Quarterside willingly opened its apartment doors to short-term renters.

Goodson's lease agreement, which started in May, explicitly says she is "permitted to offer short term stays per (her) business model."

Zhivi Williams says the complex gave her permission too.

"I decided to do Airbnb, like short-term rental at this apartment and they told me I could," Williams said.

The businesswomen say their renters are perfect neighbors during their brief stays.

"I rent it weekly and I've had no problems with my guests at all," Williams said. "None."

"There's a huge need for a short term rental," Goodson said. "There are people here that can't relocate. I've had families stay in my unit."

Whilden says Quarterside's many short-term renters are overwhelmingly creating serious problems, including hurting the city's affordable housing crisis, since the business eats into the supply of available living space.

"It's not really helping that crisis that we have in Charlotte," she said. "That's not what Charlotte needs right now."

Whilden isn’t happy with the way management has addressed her complaints. She thinks it's time for the government to step in.

"There should be some sort of regulation," she said.

This is the latest challenge for the short-term rental industry, which has already overcome an image tarnished by rare shootings and out-of-control house parties in and around Charlotte.

"This has come back on the radar again recently," Holladay said. "As more issues arise and more residents complain, the possibility of regulation would increase."

That said, Holladay doesn't think Charlotte will follow the lead of other cities and create regulations, especially for apartments.

"The regulation would be so stringent that it would hard for them to legally enforce it," he said.

Instead, he sees this falling on private business to resolve.

"I would say that the market is trying to figure out how to accommodate short-term rentals and long-term rentals in the space," Holladay said.

He says some have given short-term guests a separate key after registering at the front desk. In an extreme case, he says an apartment complex in Florida set aside a wing specifically for these kind of guests.

"They ended up ending that experiment, because they realized that the short-term rentals, the people were a lot harder on the apartments and so the turnover and the cost and the maintenance was much more expensive," he said.

Other complexes, meanwhile, are banning short-term rentals outright. Faced with tenants violating the subletting section of their leases and the subsequent inability to verify and screen tenants, SkyHouse Uptown, for example, started warning eviction for repeat short-term renters.

"We have been reviewing all online outlets and have been able to identify several violators of this type," a recent notice to tenants reads. "We have been providing a one-time courtesy informative conversation to those specific persons. However, the second violation has and will result in a 7-day notice to vacate the premises."

Quarterside, though, is faced with a more complex dilemma.

"We haven't had any issues until recently with them trying to kick us out," Goodson said.

"They gave us dates where we needed to submit our keys," Williams said.

Despite granting permission to operate Airbnbs, management started threatening eviction in September, which the hosts are fighting.

In a statement, a spokesperson blamed the mixed messages on a former manager who allowed renters to violate the subletting clause.

"We realize this is a growing issue throughout our industry, which is why our leases strictly prohibit this kind of sub-letting," The Connor Group's statement says. "For that reason, the manager who allowed it is no longer with the company. As for the leaseholders affected by this situation, we're offering them a variety of fair solutions."

Whilden won't be hanging around to watch it play out. Her family recently closed on a new home. They are set to move out this month.

"I'll be happy when this is over," Whilden said

How can you protect yourself?

"The lease is written to protect both the resident and the housing provider," he said. "If the lease agent says A but lease says B - it's B. The lease is the binding legal document."

He says leases lacking details are a red flag.

"Most leases are pretty standard at the larger communities and are written to comply with state laws," he said. "I would be wary of a lease that was lacking details." 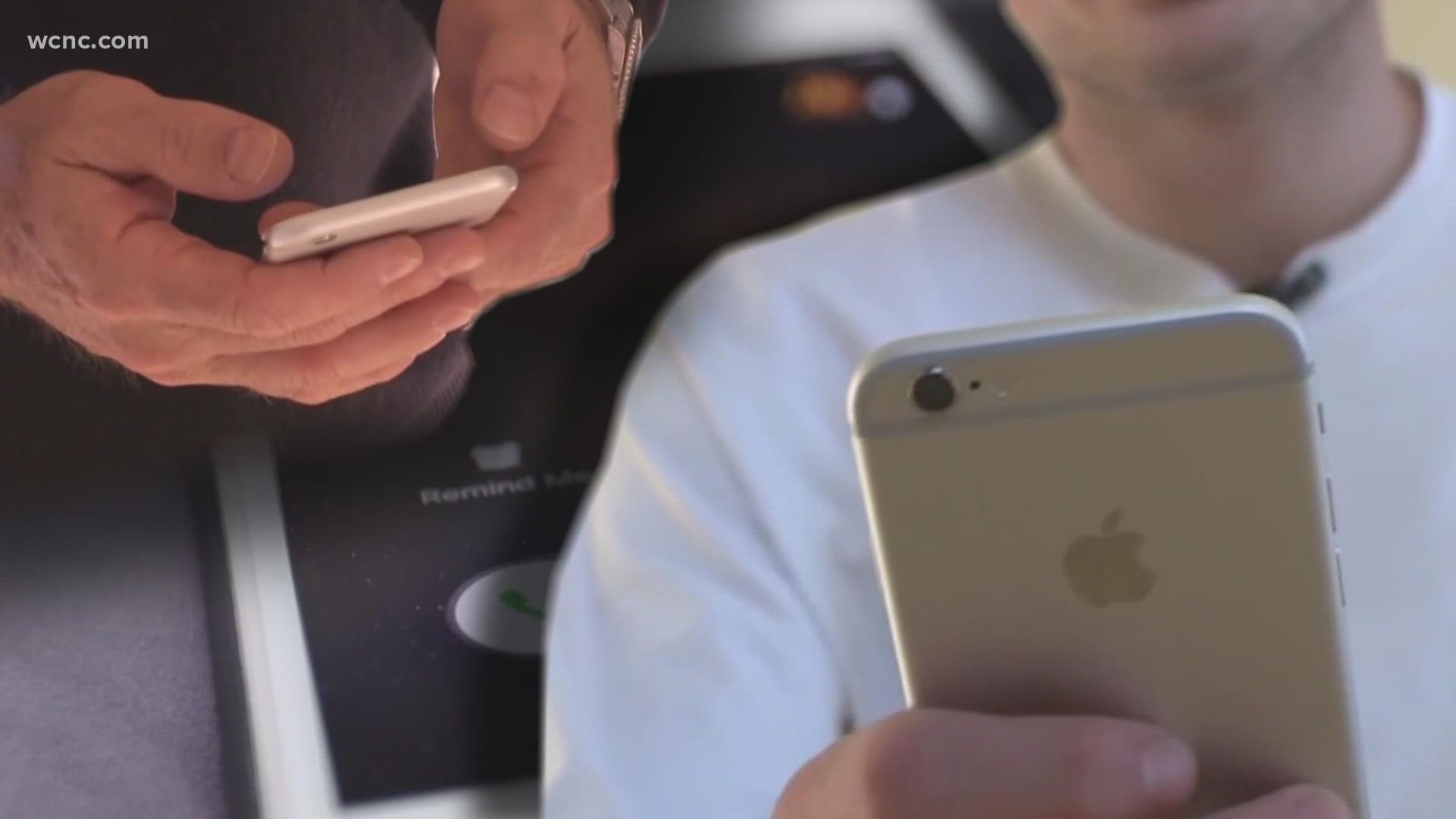