Are the luggage scales at Charlotte Douglas International Airport accurate? 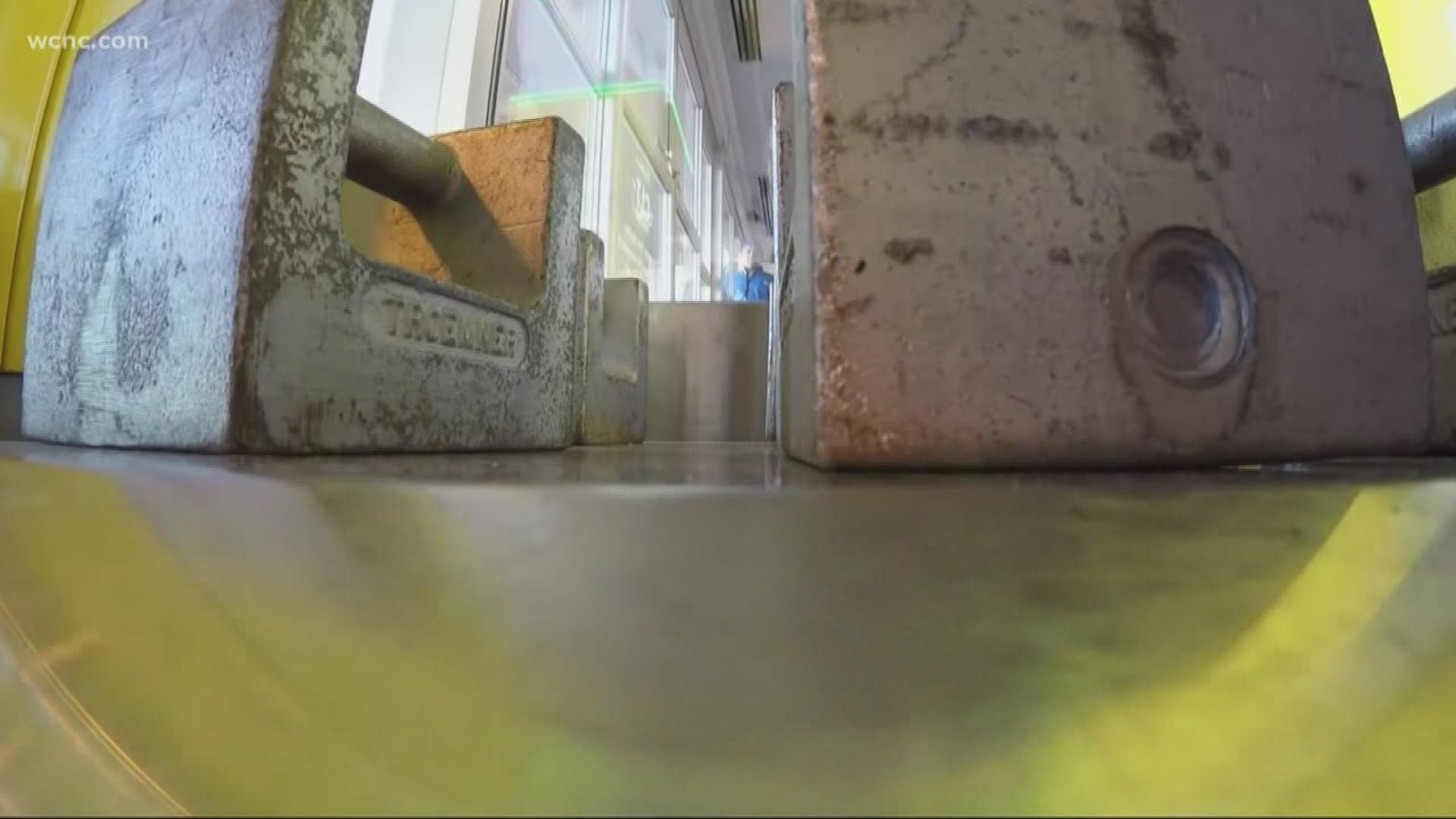 CHARLOTTE, N.C. — A recent inspection of the luggage scales at Charlotte Douglas International Airport identified six scales rejected by the state for inaccuracies.

"Sometimes it's over. Sometimes it's under," North Carolina Department of Agriculture and Consumer Services Western Area Supervisor Buddy Dutton said.

Travelers like Leah Jalfon can't afford a scale to be wrong. She emptied and rearranged her suitcases hours before she boarded a flight to her new home of San Francisco.

"I threw a lot of things away," she said.

The last-minute stress paid off, saving her an extra $200 in luggage fees.

"I was like, 'I'm throwing everything away' and they were like, 'No, wait, wait, wait,'" she said of the airline workers who helped. "They helped me how to figure out how to balance between the bags."

At the airport, every pound matters. Dutton knows that all too well.

"Every penny matters to the customer," he said.

That's why he and his team inspect every scale at every airport once a year. The inspectors have one goal in mind: make sure both the customer and airlines aren't cheated.

"We want each side to be treated fairly," he said.

We tagged along with state inspectors during the annual inspection at Charlotte Douglas last month.

They rejected six scales in all, or about 6% -- including one which, depending on what corner you placed your bag, the scale would be off in the airline's favor or in the customer's favor.

"It was a pound short on three corners and one pound over on the fourth corner," Dutton said.

Dutton said the vast majority of scales are reliable, but when they find scales that are off, they have a company on-site to fix them immediately.