A secret process is used to flag officers with past misconduct or credibility issues but one Charlotte police officer testified in several cases after a verdict. 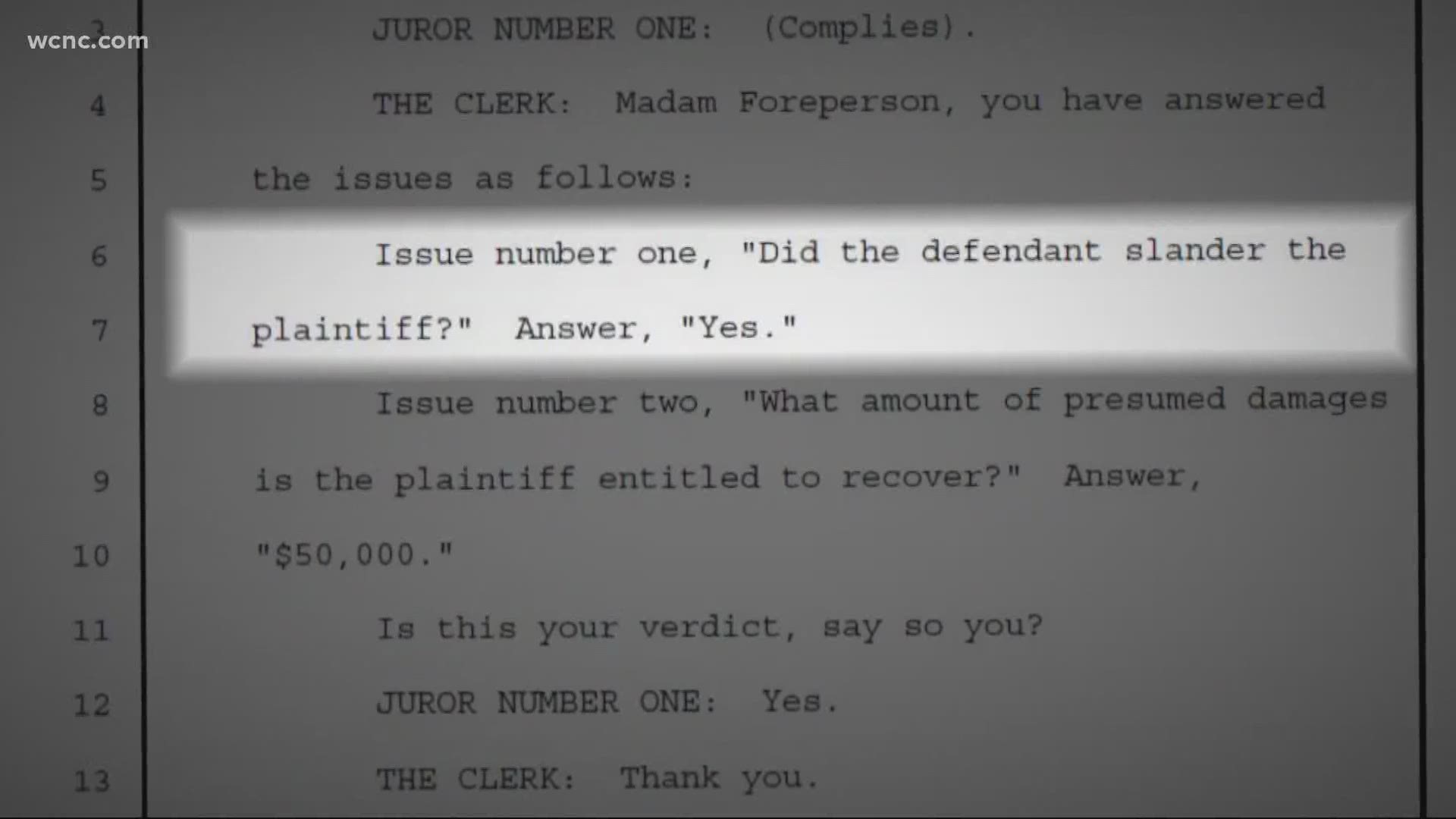 CHARLOTTE, N.C. — A WCNC Charlotte Defenders investigation is exposing a secret process between police agencies and the District Attorney’s Office.

It’s meant to flag officers with past misconduct or credibility issues before they’re allowed to take the stand as a witness. You may have never heard of it, but the law requires prosecutors to provide that information to the defense.

The Defenders team uncovered one case of a Charlotte Mecklenburg Police officer who is no longer allowed to testify. However, defense attorneys are concerned there could be other officers slipping through the cracks.  It comes as there’s a movement across the country for police accountability and transparency.

You’ve seen some of the outrage sparked by videos of officers caught on video, but this process happens when there are no cameras around, and now the Defenders team is shedding light on it.

Across the country, what police say and what you see doesn’t always match up. There was a high profile case in Buffalo, where police said a 75-year-old man tripped and fell, but the video showed an officer pushed him.

In Charlotte, a former officer at the Charlotte Mecklenburg Police Department says his own department betrayed his trust.

“I loved being a Charlotte police officer,” former officer Michael Tinsley said. “I feel if I were a white male officer, I would still be employed.”

Tinsley says he was fired from CMPD after his relationship with a white female officer soured and she accused him of rape.

“I knew I didn’t do it, so the only choice I had was to clear my name,” Tinsley said.

Tinsley sued her over the allegations. In 2016, a jury found Officer Aimee Aquino slandered him and awarded him damage. As part of an out of court settlement, the case was dismissed, and Aquino remains a CMPD officer.

I’ve learned about a secret process to flag police officers with past misconduct/credibility issues before they testify in court. In one case, a CMPD officer was told she could no longer testify in 2018, after a jury found she lied about a rape allegation. @wcnc pic.twitter.com/nw0hQchpF4

“They (CMPD) have her tucked away, protecting her, and I’m without a job and still struggling with how to make it day-to-day,” said Tinsley.

Officer Aquino agreed to an interview but asked that her face not be shown out of fear of harassment. She said she stands by her story despite the jury’s verdict.

“That was the jury’s answer, however, I told the truth,” Officer Aquino said.

However, her credibility remained an issue, according to a 2018 letter the Defenders team obtained.

“It was very personal and very hurtful,” Officer Aquino said.

It’s part of a secretive process referred to as a ‘Giglio disclosure.’ The law requires prosecutors to turn over evidence about an officer’s past that would be favorable to the defendant.

The Defenders team asked District Attorney Merriweather how the information about officers with a checkered past is maintained.

Instead, the District Attorney’s Office relies on CMPD to provide information about officers with internal affairs violations who may testify as a witness.

However, District Attorney Merriweather said he couldn’t provide names or the number of officers because of employee privacy laws.

The Defenders team also asked District Attorney Merriweather if there have been cases involving CMPD officers where he believes should have been notified but hasn’t been.

“I won’t speak to specifics in part because that would lead me in the direction of actually having to answer questions about specific records and I’m not in a position to do that,” said District Attorney Merriweather.

“Do I want to know about that? Sure,” said criminal defense attorney, Tim Emry.

Emry is concerned that police agencies don’t always share the legally required information about their officers.

“My fear is a lot of those instances are slipping through the cracks,” Emry said.

Officer Aquino told WCNC Charlotte that between the jury’s 2016 slander verdict and the 2018 letter from District Attorney Merriweather, she testified in several criminal cases.

“It could be anything from traffic cases to drug possession to domestic violence,” Officer Aquino said.

“I would bring those back to the docket because there is a credibility issue there,” Tinsely said.

The District Attorney’s Officer responded by explaining the process in general for officers who are deemed no longer credible to be witnesses in the future.

And while working on this investigation, I learned there’s no actual list of officers in question. Both CMPD and the Mecklenburg County DA say they don’t keep a record like that, so defense attorneys worry some officers are testifying with past credibility issues @wcnc pic.twitter.com/6JaLeke0KO

“If the District Attorney determines that the material in question is so damaging to the witness’ credibility that the witness will not be called in the case at hand and in any future case, and the witness is employed as a sworn law enforcement officer, the District Attorney will: 1) notify the law enforcement agency that employs said witness of the decision; 2) notify the North Carolina Criminal Justice Education and Training Standards Commission of the decision; 3) undertake a review of all adjudicated cases in which said officer was a material witness, which resulted in a conviction, and in which a case file or other similar material exists, to ensure that no actions or testimony by said officer tainted the conviction. If any actions or testimony by said witness are found which may have tainted an adjudicated case which resulted in a conviction, the District Attorney shall notify the defendant and/or the attorney who represented the defendant in said case of the District Attorney’s findings and take appropriate next steps as justice should require.”

The District Attorney’s Office also said, “While the office does not keep a physical list, we do have information regarding specific Giglio issues and are well aware of the officers who have been declared Giglio-impaired”.

“Without that information being public, it allows the police department to control what the public actually knows about its officers,” Tinsley said.

A CMPD spokesman tells WCNC Charlotte that Aimee Aquino is the only officer at CMPD who has been disqualified from testifying. CMPD released the following statement:

“CMPD’s Internal Affairs Bureau sends a notification to the DA’s Office whenever an alleged violation is sustained against an officer. The DA’s Office may then request full access to that officer’s IA file in order to review the sustained allegations and make an independent determination regarding whether that violation qualifies as a Giglio disclosure.

It would be inappropriate for the department to comment on impending litigation before the courts.”

Sources familiar with Aquino’s case say CMPD has cited her for termination and it is now going through the appeals process.

Biden says 4 Black women are on short list for VP