Jail records: Number of protesters arrested in Charlotte from out of state grew from Friday to Saturday

Based on addresses listed on the jail’s website, all of the people arrested were from the Charlotte area on Friday night, but that wasn’t the case on Saturday. 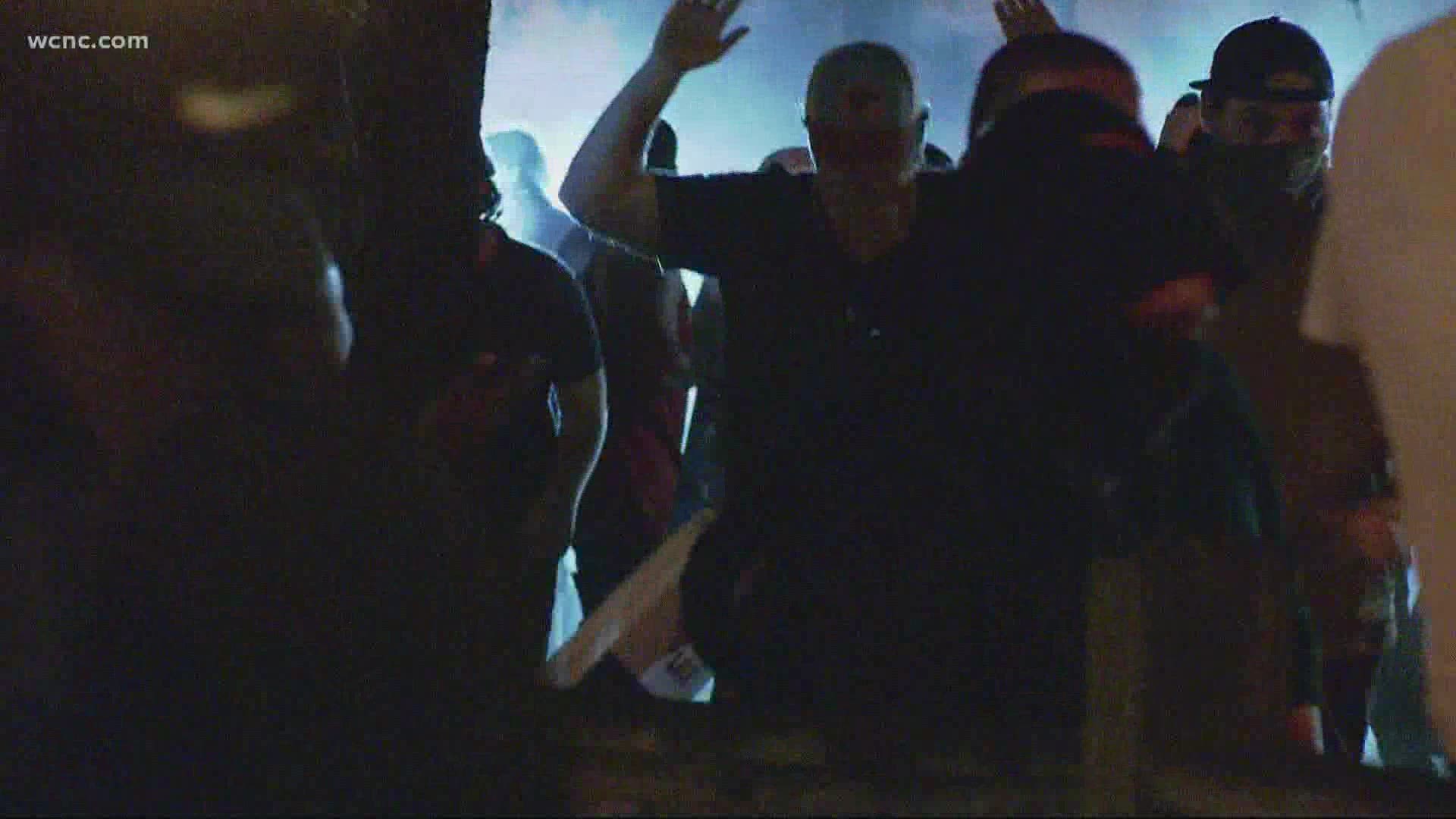 CHARLOTTE, N.C. — The WCNC Charlotte Defenders team is learning how was protesting in Charlotte over the weekend — 70 people were arrested in connection to the protests, but officials say they weren’t all from the Charlotte area.

The Defenders team looked through jail records to see where the people arrested were coming from.

Based on addresses listed on the jail’s website, all of the people arrested were from the Charlotte area on Friday night, but that wasn’t the case on Saturday.

Charlotte city councilman Malcolm Graham says people have the right to peacefully protest, but that was not always happening.

“Many of the individuals are not from charlotte, they're from out of town, they're agitating and instigating public violence,” said councilman Graham.

Through jail records, the Defenders team found 11 of 15 suspects arrested on Friday night had addresses listed, and all of them were from the Charlotte area.

However, there was a significant change on Saturday; about a quarter of the people arrested were from outside Charlotte, based on their addresses.

Seven out of 27 people with their addresses listed were not from Charlotte.   Two of them were from New York, one from Pennsylvania, and one from Kentucky.  The remaining four had addresses from different parts of the Carolinas.

“There were outside agitators,” said Sheriff McFadden. “The agitators started throwing things, they started doing things, and guess what happened they left.”

The people arrested from out of state are now facing a wide range of charges.  Sallme Brown of New York is charged with assault on a government official. Jenna Kutcy from Pennsylvania is accused of disorderly conduct and felony breaking and entering.

“To protest with our brains, and our will and our might, and not by throwing rocks destroying property,” Councilman Graham said.

During Sunday’s protest, 25 people were arrested.  WCNC Charlotte found one of them from out of state with an address in Tacoma, Washington.

RELATED: VERIFY: Fact-checking photos and claims from the Minneapolis protests