The Defenders team revealed details about a DMV program that even some law enforcement agencies don’t know. 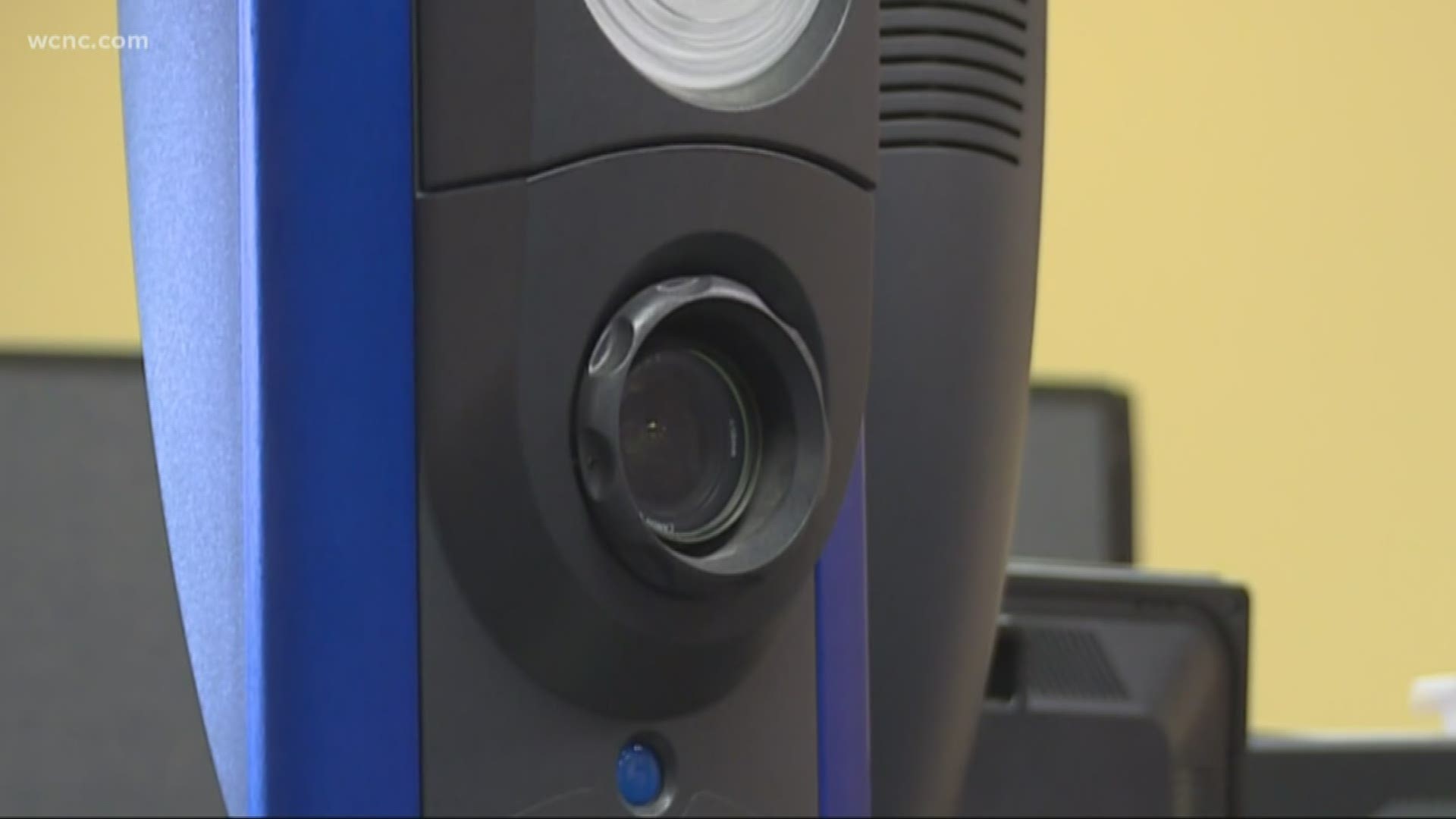 NBC Charlotte is learning police agencies are sending photographs to the DMV to use facial recognition technology. It led to the arrest of a suspected armed robber in Charlotte over the summer.

When you sit down for a driver’s license photo, most people likely figure the information gets stored somewhere, but you might be surprised police are using it in this way.

NBC Charlotte obtained 911 calls for the armed robberies in Charlotte.

The investigation led police to a familiar location, the North Carolina DMV, because of what the suspected armed robber left behind.

According to a search warrant, 21-year-old Alexander Morales sent selfies to two victims after meeting them online. Police say he then went to their homes and robbed them a few weeks apart in June and July.

“He came in my house with a gun and tried to shoot me,” one caller frantically said to the 911 dispatcher. “I don’t know if this whole thing was a setup.”

“We met up on sort of like a dating website,” the other victim said in a 911 call.

Court documents show the suspect’s selfie was sent to the North Carolina DMV to use their facial recognition technology and there was a match. Now, jail records show Morales charged with several charges including robbery and kidnapping.

Underwood says he’s heard of the DMV’s facial recognition technology, but he credits the NBC Charlotte Defenders investigation for shedding light on how it works.

“Really until you brought it to my attention, I wasn’t even aware of the procedures for how to gain access to it,” Underwood told NBC Charlotte.

The North Carolina Department of transportation described the procedures to NBC Charlotte in a statement, which reads in part, “Law enforcement agencies can use an on-line form to send a digital photo and other information (if known) to the DMV, and it is the DMV that uses facial recognition to try to match that picture to someone in the license database”.

“You have a DMV image that a person sits for when they go in for a driver’s license or ID card, so it’s a standard photograph, that certainly would be a great asset if used properly,” Underwood said.

However, there is a caveat about the technology.

NCDOT says if there’s a match, they send the information back to the law enforcement agency with a disclaimer. It says the DMV “in no way guarantees the accuracy” and that “arrests should not be made solely on the response from the facial recognition."

“I think you’d have to have independent corroboration,” Underwood said.

In Charlotte, the technology is already having an impact.  A man suspected of violent crimes was taken off the streets.

Following the Defenders investigation, NCDOT could be seeing more police agencies taking advantage of the technology.

“Going forward I’m going to make sure we explore it ourselves for identification if we need it,” Underwood said.

NCDOT tells NBC Charlotte they receive an estimated 10 requests for the facial recognition technology per week from law enforcement agencies around the state.