A WCNC Charlotte Defenders investigation is revealing past problems with a virtual learning program in North Carolina. 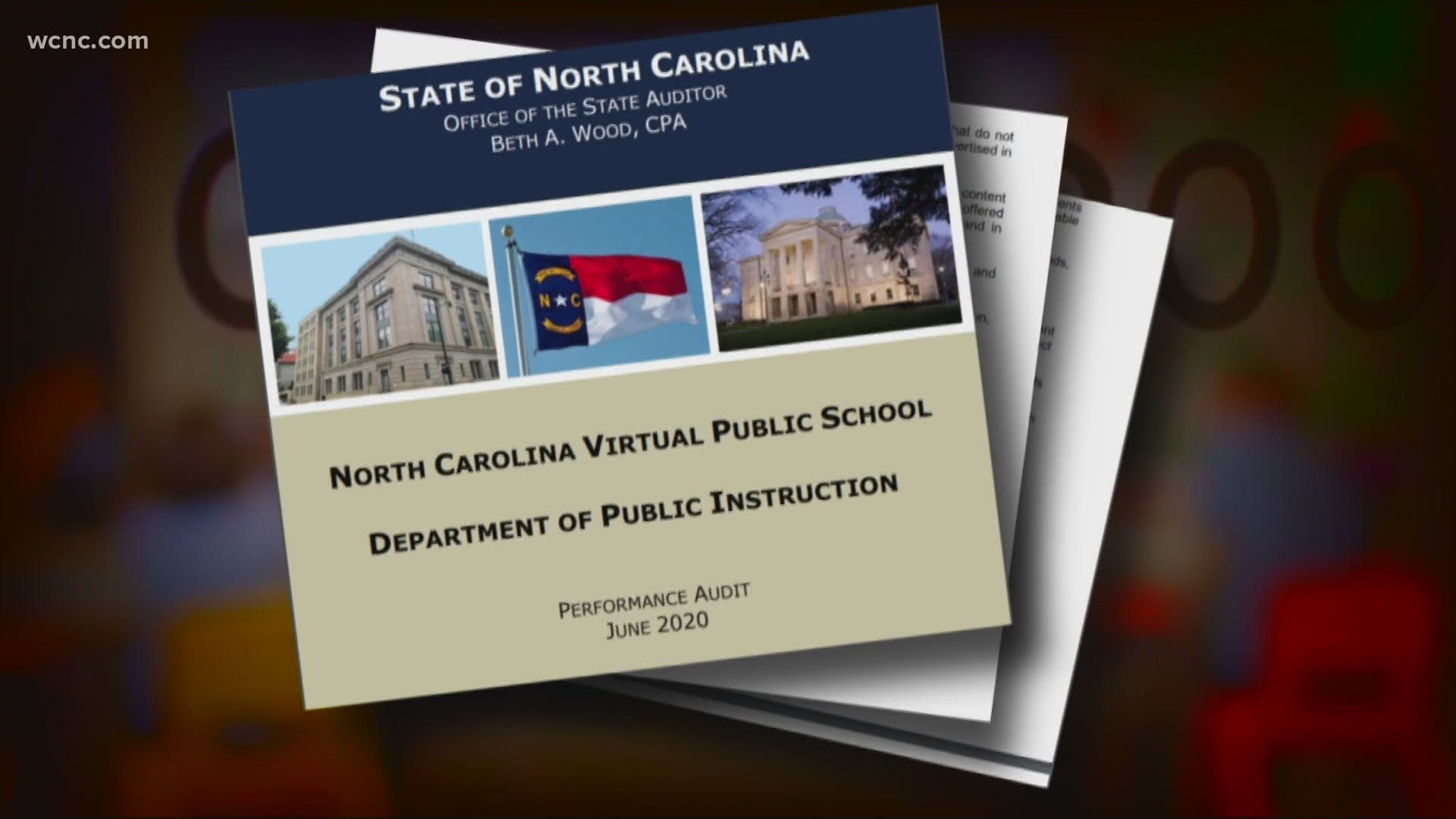 CHARLOTTE, N.C. — As the debate rages on across school districts about whether to have in-person or remote learning, a WCNC Charlotte Defenders investigation has revealed past problems with a North Carolina virtual learning program.

The Defenders team obtained a state audit into the North Carolina Virtual Public School, which was established in 2007, as a supplemental service for students.

However, the audit found the program may not be properly preparing students for a career and college.

The Defenders team shared the audit’s findings with a teacher at Charlotte Mecklenburg Schools who said she has similar concerns about virtual learning and thinks everyone should be prepared for the changes.

When it comes to virtual learning, parents, students, and teachers are physically in different places, but in reality, they’re all in the same boat.

“We’re in unchartered territory,” said Jessie Molle, who teaches gifted students at River Gate Elementary School. “We are kind of building the boat while we are in the Pacific Ocean.”

As a parent and a CMS teacher, Molle is trying to keep her students afloat. Earlier this year, she was unexpectedly teaching her class virtually.

“I’ve taught it from March until June,” said Molle.

There’s a history of virtual learning in the state most people may not be familiar with. It’s outlined in a state audit of the North Carolina Virtual Public, which was established in 2007 as a supplemental service for students.

“I think it’s very important to look at,” Molle said.

The audit examined two school years, 2017-18 and 2018-19, and found the program fell short in several areas. According to the report, eight of the 12 virtual courses did not meet the required curriculum content standards.

The audit also raised questions about whether 11 of the 12 classes met learning standards for rigor.

As a result, the report said students may not be career and college ready. The Defenders team asked Molle if she thinks those findings will fuel the fire for those who are already concerned about virtual learning.

"Yes, absolutely,” Molle said. “A lot of the things I do when I’m in the classroom with my students is we have academic real-world conversations and debates and those things are hard to do virtually.”

Molle believes parents should have the choice of virtual or in-person learning.

“Thankfully, my child in Fort Mill has the option to go to school face to face,” Molle said.

However, other parents like Crystal Bitzel refuse to send their children to school in person because of the potential risks during the pandemic.

“My child won’t be there,” Bitzel previously told WCNC Charlotte. “Then she brings it into my home and then puts me at risk and my family at risk.”

The North Carolina Virtual Public School is run by the North Carolina Department of Public Instruction. In a letter responding to the audit, Superintendent Mark Johnson disagreed with some of the findings and questioned the audit’s methodology.

Superintendent Johnson stated that the audit did not include the teacher, classroom instruction, or student feedback.

However, Molle says she will use the findings when rolling out her curriculum for the school year.

“There’s positive takeaways from this study of how we can do better,” Molle said.

Molle says she’s willing to back to teach in the classroom, but she understands and respects her colleagues who are not comfortable doing that.