In some cases, inmates with cell phones have made threats to the outside world, even ordered hit jobs. Now new legislation is meant to crack down on the problem. 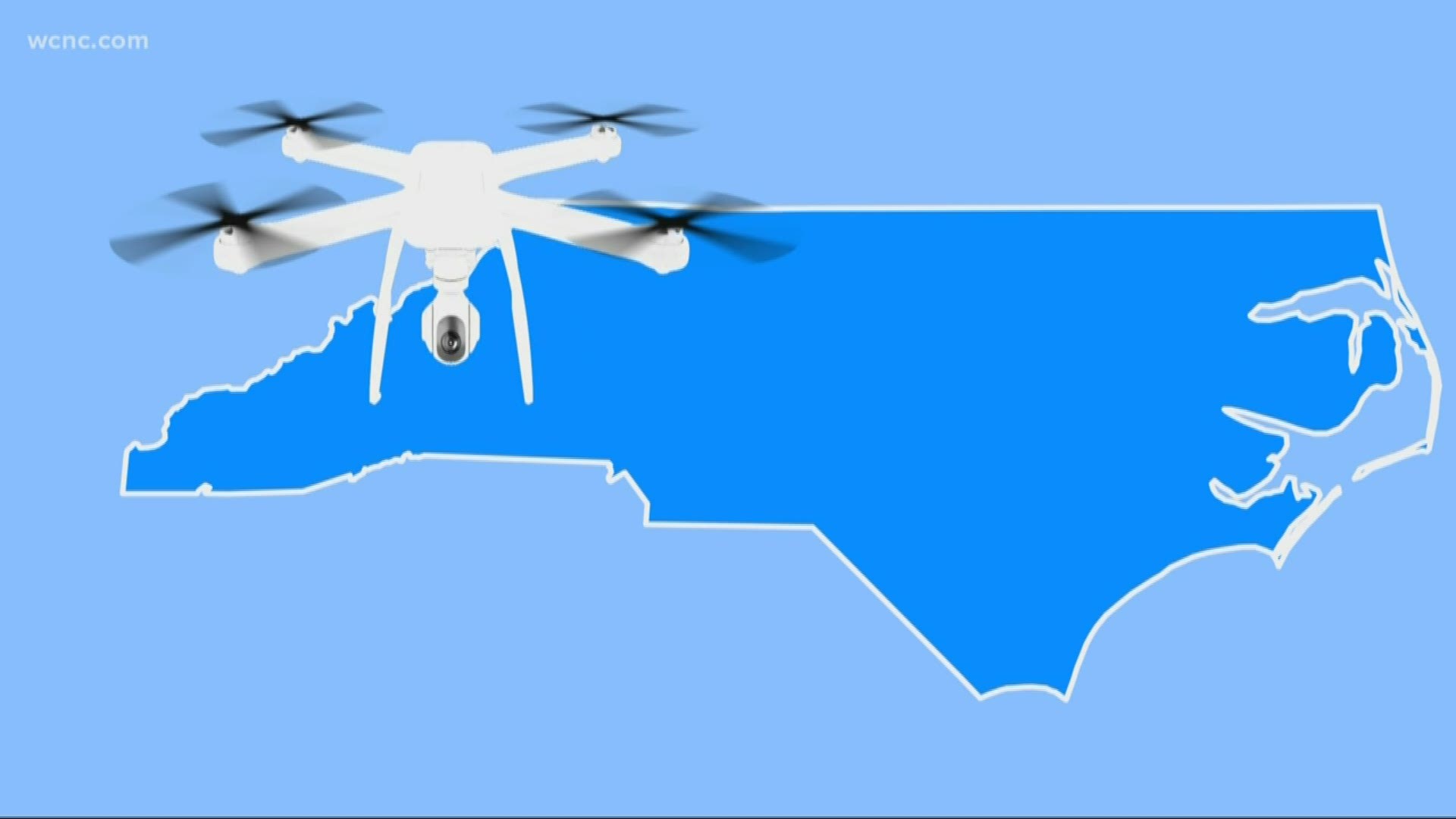 CHARLOTTE, N.C. — An NBC Charlotte Defenders investigation is exposing a dangerous trend of drone drop-offs at prisons It’s hitting close to home after a new case with ties to the Charlotte area.

Police are now investigating a Pineville woman in connection to a drone found near a Virginia prison. The drone was carrying drugs and a cell phone, according to court documents.

In some cases, inmates with cell phones have made threats to the outside world, even ordered hit jobs. Now, there’s new legislation meant to crack down on the problem.

The Defenders team learned that before the drone ended up at the Buckingham Correctional Center in Virginia, it was flying around Pineville and then transported across state lines.

The case comes after NBC Charlotte looked into similar issues happening at prisons in South Carolina.

"We’ve seen more and more are drone attacks at our prisons," said Bryan Stirling, director of the South Carolina Department of Corrections. "With a cell phone in their hand, they are no longer virtually incarcerated."

Stirling told NBC Charlotte it can pose a significant danger to the outside world when inmates get their hands on cell phones.

"They can continue to harass victims. They can look up information on correctional officers, prosecutors,” Stirling said.

Police are investigating a woman at a Pineville apartment complex where a drone was flying last month. A short time later, the same drone was transported to Buckingham Correctional Center in Virginia, court documents show.

After the drone crashed, investigators found it on a nearby road carrying a package with marijuana, cocaine, a cell phone, and a cell phone plan.

According to court records, the Pineville woman was the significant other of an inmate at the Virginia prison.

"A cell phone is giving an inmate a weapon of mass destruction," said Robert Johnson, a former corrections captain.

Johnson knows the danger firsthand. He nearly died after a South Carolina inmate ordered a hit on him.

"He can call up his buddy, transfer the $6,000 that they paid to shoot me using that cell phone," Johnson said.

In another case, a convicted sex offender friended woman on Facebook while in his prison cell using a cell phone. NBC Charlotte talked to Deputy Solicitor Willy Thompson about the problem of inmates getting their hands on cell phones in South Carolina.

"I think as a society in general, you have to wonder, why can’t we control this?" said Thompson.

However, Stirling says there’s a U.S. law standing in the way.

"The FCC, because of a law from 1934, will not allow us to block cell phone signals, you can’t interfere with a radio signal," Stirling said.

Now, there’s new legislation in front of Congress that would change that.

"Blocking is what I’ve been told by the experts is the only thing that will work," Stirling said.

In the meantime, officials said some South Carolina prisons are equipped with drone detecting technology.

Police said charges are pending for the drone incident in Virginia. Investigators are also looking for other suspects in the case.

Woman swallowed engagement ring while dreaming about her fiancé