Yearly residency checks are uncommon at Charlotte-Mecklenburg Schools. Parents and a school board member believe a lack of oversight is contributing to overcrowding. 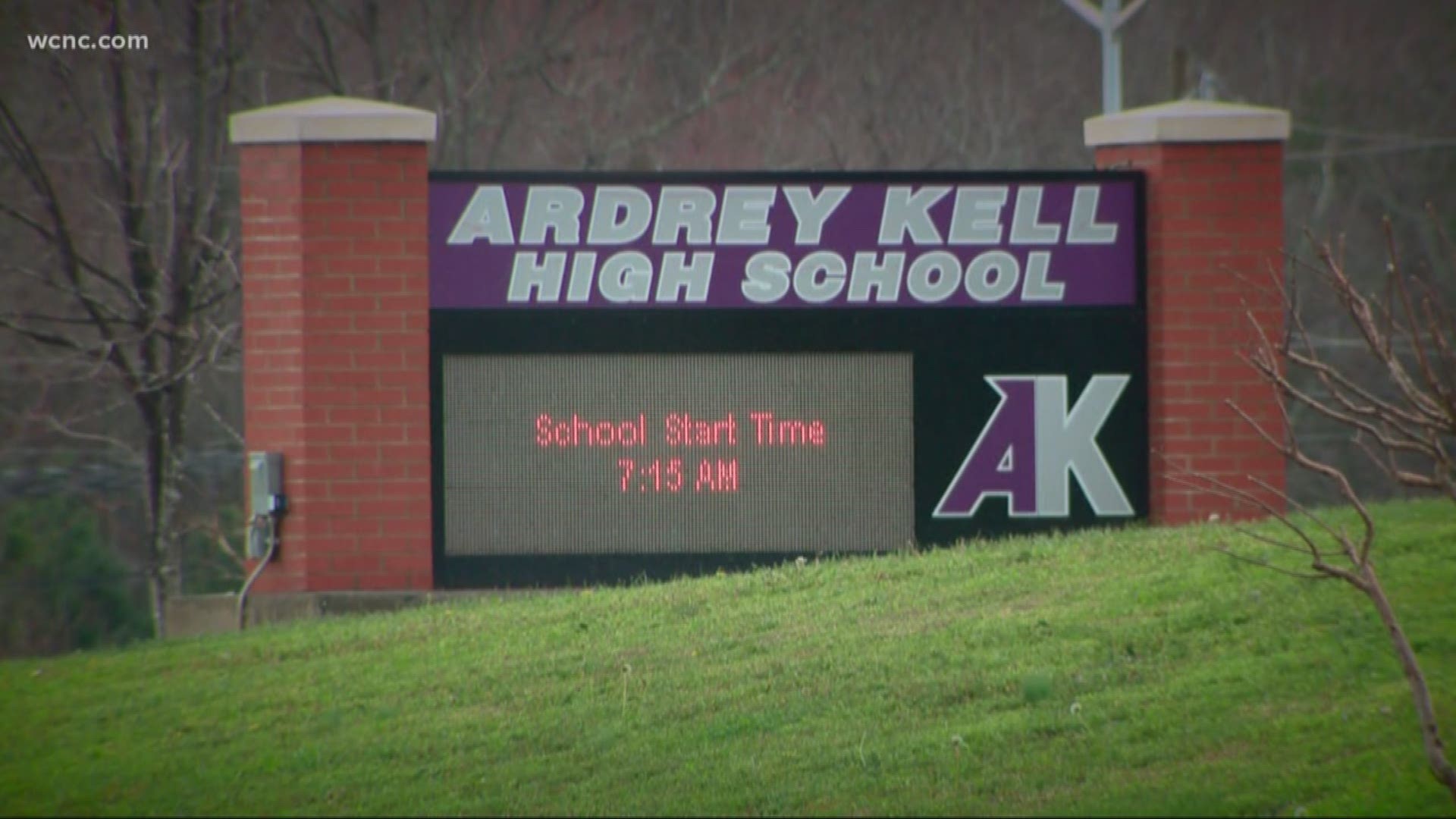 CHARLOTTE, N.C. — Out-of-county and even out-of-state students are contributing to the overcrowding problem at Ardrey Kell High School, according to a Charlotte-Mecklenburg Schools board member.

"There is a serious issue," CMS School Board Member Sean Strain said. "There's certainly anecdotal evidence that this is an issue that may be of some significance."

The district built the high school to house more than 1,900 students but enrollment stands at more than 3,300, according to CMS records.

"For those kids who may now live in Union County or whose family have moved to South Carolina, they're not paying into the funds to support our schools," Strain said. "If they're not authorized to be in the school, they shouldn't be attending the school."

Strain recently sat in the carline as people with South Carolina license plates dropped off kids at Ardrey Kell. He said the issue is amplified by the number of mailed report cards returned by the United States Postal Service.

"It's in the triple digits for sure," Strain said of the number of those report cards. "Straight away you say, 'Clearly those are non-deliverable.'"

Mother of three Becky Croft can see why so many others want their kids to go to the same high school as her children.

"I love this school," she said. "We have the most amazing principal, which is the only reason why being so overcapacity has worked. He comes up with a lot of creative solutions to our overcrowding issues."

The reality, though, is the school just doesn't have enough space.

"If there are students there and we're already overcrowded, it would be advantageous of us to make sure that every student truly belongs at our school and those that don't, go to the schools that they are assigned to," Croft said. "You put that many people overcapacity into one building, there's a lot of safety and security issues for our students and we all just want them safe."

Unless your child plays sports, generally you only have to prove he or she lives in a specific school zone once, when you first register for school, which Strain said means if you move to another county or even South Carolina between then and high school, your child can quietly keep going to the same school.

"Residency information is required at registration," CMS Executive Director of Communications Renee McCoy said. "Thereafter, a student (may be) asked to verify residency at any time."

A petition with more than 1,300 signatures is now circulating, asking for residency checks "of every student, every year."

Strain said Ardrey Kell recently moved forward with an initial verification process, thanks to additional resources from CMS, to figure out the extent of the problem.

"Any school in CMS can request residency verification at any time," McCoy said. "Yes, AK would be included to ensure there are no violations of the residency policy."

Stain hopes this is just the beginning. He knows Ardrey Kell isn't the only school battling the problem.

"I think there's no reason we shouldn't be doing this at every school," Strain said. "All we're trying to do is actually enforce the very policy we put in place."

CMS suspending all travel due to coronavirus concerns

Phoenix Democratic presidential debate won't have audience because of coronavirus