Sheriff Garry McFadden said fear, tension and uncertainty are the reasons for the surge in handgun purchase permits during this pandemic. 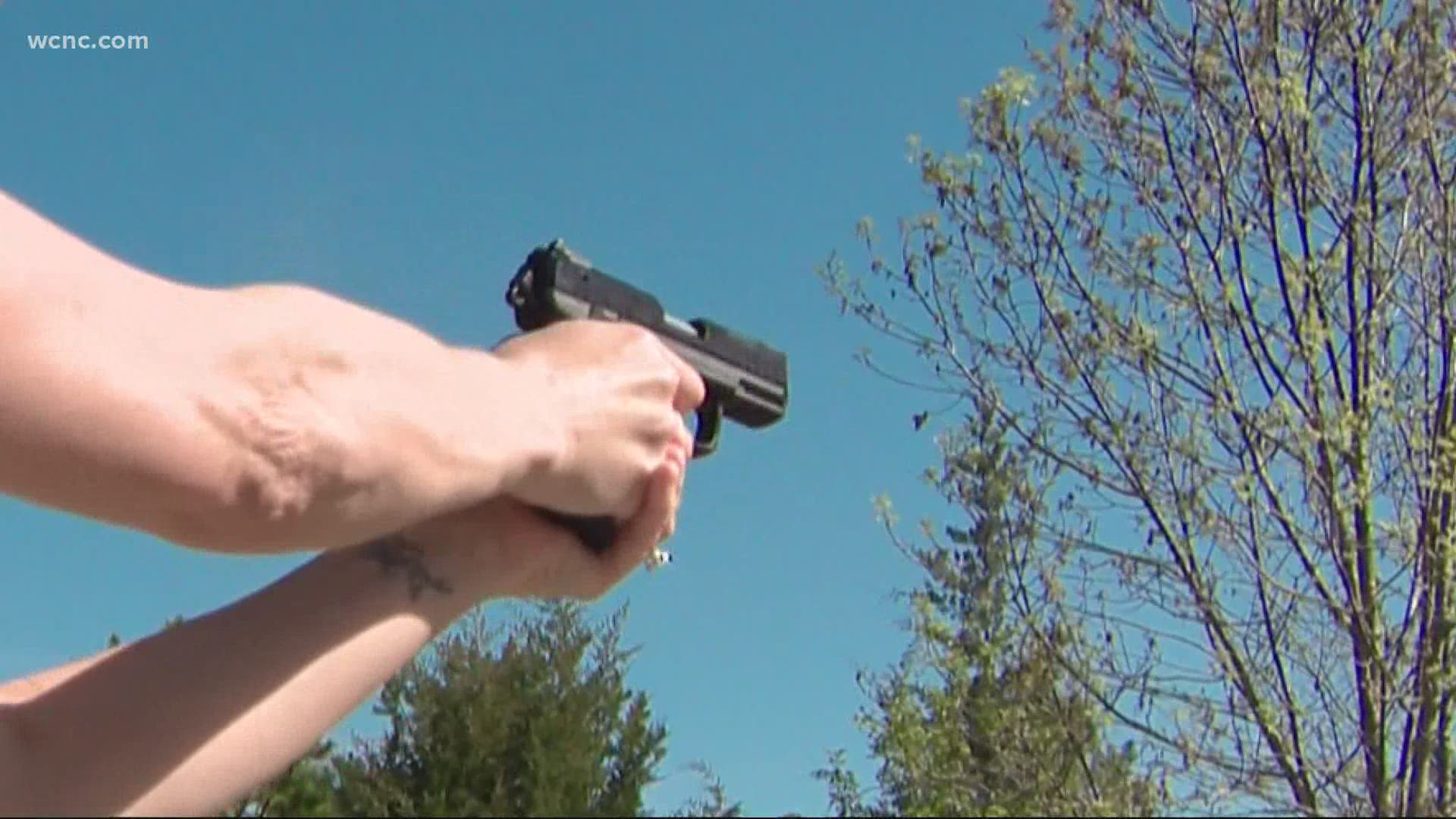 CHARLOTTE, N.C. — In the midst of uncertainty, tension and growing violence, gun enthusiasts are overwhelming the Mecklenburg County Sheriff's Office with gun purchase permits, according to public records

"It's fear," Sheriff Garry McFadden said of the reason for the surge. "People preparing for Armageddon. I've seen pastors come up. I've seen everybody that you could think that would line up. There's no one demographic. Everybody is buying a weapon."

The sheriff said while he understands and supports the Second Amendment, the spike in gun sales has him "very much concerned." For one, he said he's concerned about the safety of children. In less than a week, the Charlotte-Mecklenburg Police Department has reported two 2-year-olds and a 7-year-old accidentally shot themselves with unsecured guns. One of the 2-year-olds died. Sheriff McFadden said he's also afraid criminals will steal unsecured guns.

24,000+ gun purchase applications since March compared to 7,000 during the same period last year. @SugarFreeTalk says he's concerned the guns won't be secured. Three kids accidentally shot themselves in the last week, including a 2-yr-old who died. He's also afraid of theft. https://t.co/50TuPFKGr3 pic.twitter.com/mTG4MBilCE

"I'm concerned. I'm very much concerned," the sheriff said. "My concern is this, are they properly stored because of theft and are you properly educated enough about the working of that gun?"

If there was ever a time to make sure you're armed, Tommy Hunter said now is that time.

"I actually had a gun pulled on me a month ago," he said.

Hunter filed a concealed handgun permit six weeks ago but is still waiting for it to be approved due to the backlog at MCSO.

"One guy I know, it's been three months and he hasn't got his permit," Hunter said.

Despite the sheriff's concerns, McFadden said he wants to make sure people who want to legally own a gun can do so as quickly as possible. In the past, his office could turn around permits in two weeks, but now MCSO reports the process is taking anywhere from 57 to 90 days.

"The holdup is the process," the sheriff said. "Same staff, same entrance, same space with COVID-19 and everything else that's going on in America. "

Sheriff McFadden said he has just six to eight employees assigned to permits but is trying to streamline the process.

"To me, it looks like everybody needs a gun permit or a gun," he said. "We're going to work with them, but these numbers, they're pretty high."