Family of man killed by U.S. Marshals demand answers into why he was shot

As the agency investigating the shooting, CMPD Captain Joel McNelly held a press conference on Wednesday, but ultimately left more questions than answers. 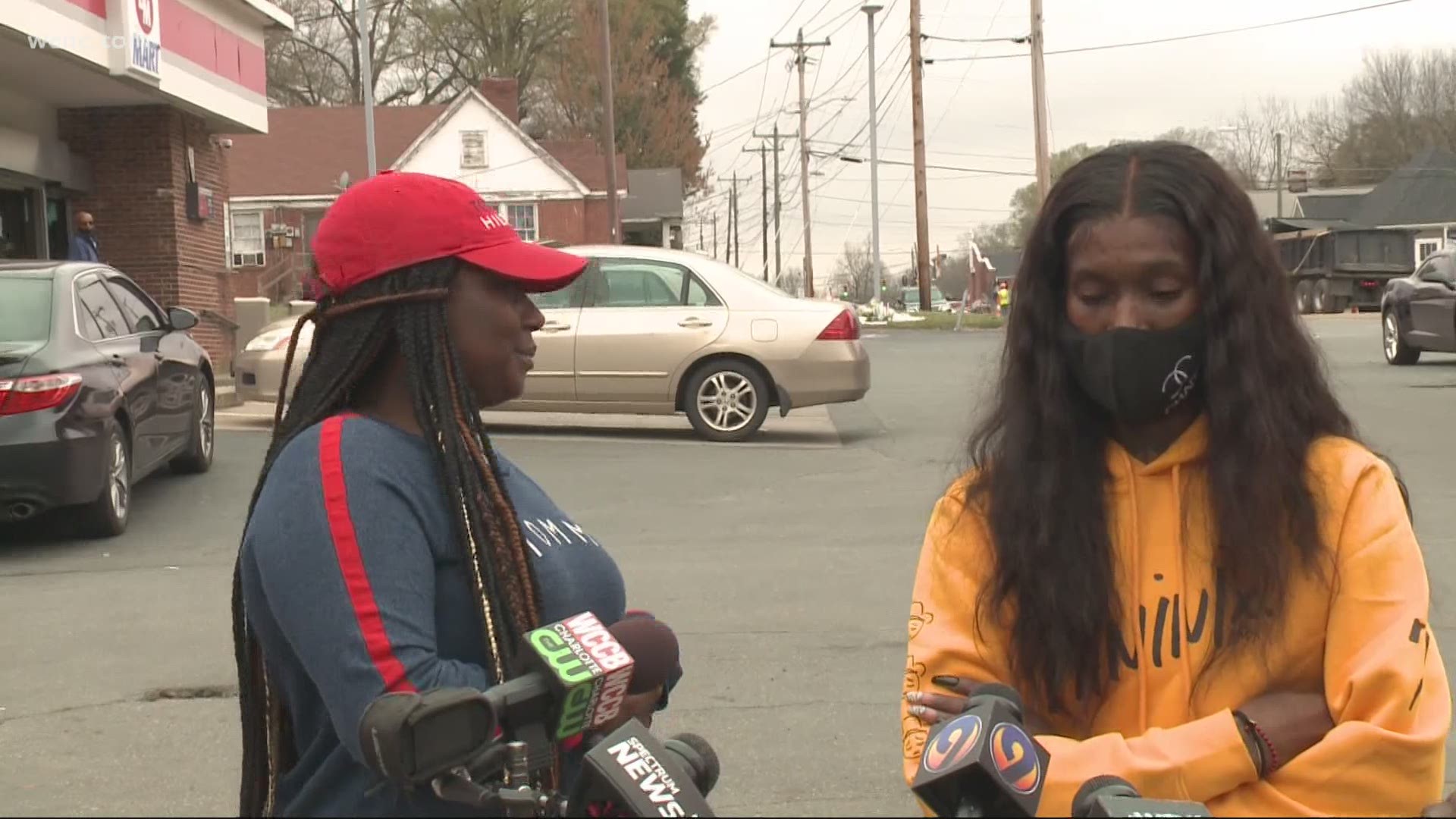 CHARLOTTE, N.C. — There seem to be more questions than answers a day after a U.S. Marshal shot and killed 32-year-old Frankie Jennings at a CITGO while the Marshals' Carolinas Regional Fugitive Task Force was trying to execute a warrant.

Jennings had multiple warrants from multiple counties in the state, and the Charlotte-Mecklenburg Police Department said a U.S. Marshal fatally shot Jennings after perceiving a "lethal threat."

WCNC Charlotte is asking law enforcement officials for more details about what was perceived to be the lethal threat.

“I want justice to be served for my brother,” LaTannya Jennings, Frankie Jennings’s sister, said.

“Him and my son share the same birthday, so I came down to celebrate his 32nd birthday and as I arrived, this is what I arrived to,” Jennings said.

As the agency investigating the shooting, CMPD Captain Joel McNelly held a press conference on Wednesday, but ultimately left more questions than answers.

“We are still very early in this investigation, our investigators are working tirelessly,” McNelly said. “[We are] not prepared to discuss the particulars of what evidence we do and do not have at this time.”

McNelly would not say if the U.S. Marshals were wearing body cameras, or if Jennings was holding the firearm found.

“There was a gun recovered, but because of the position of this investigation right now, we’re not prepared to discuss the exact details on condition or location,” McNelly said.

CMPD showed up minutes after the shooting, but could not reveal how their officers quickly arrived on the scene.

“We’re looking at any kind of radio traffic, phone calls, any kind of communication between that taskforce and CMPD,” McNelly said.

McNelly said no CMPD officers were on scene during the shooting, so they remain an independent agency able to investigate it.

“The agencies involved could ask for an investigation say by the SBI or FBI or something, but those requests were not made,” McNelly said.

McNelly said there were three warrants in New Hanover County, for assault with a deadly weapon on a government official, reckless driving, and fleeing to elude arrest with vehicle; seven warrants in York County – six traffic warrants and one possession of marijuana; and six warrants in Mecklenburg County, including damage to property, two counts of possession of a firearm by a felon, discharging a firearm in city limits, breaking and entering, and assault on a female.

Barnett said it doesn’t mean he deserved to die.

“He isn’t the only one with warrants, there’s hundreds of thousands of warrants in North Carolina,” Barnett said.

Leak said it hurts worse knowing a mass shooter allegedly killed 10 people in Boulder on Monday and was arrested alive.

RELATED: Boulder King Soopers shooting: Everything we know so far

“We all know that don’t make sense at all,” Leak said. “[The alleged Boulder mass shooter] killed, took people’s lives, that’s a threat.”

“Yet my brother is dead and he didn’t kill anyone,” Jennings said.

Frankie Jennings leaves behind five kids. His family tells us one of his sons witnessed his death.

This incident is still under investigation.