The wasps, which sting and paralyze their prey, then bury them underground. Close-up video shows a wasp tunneling in progress. 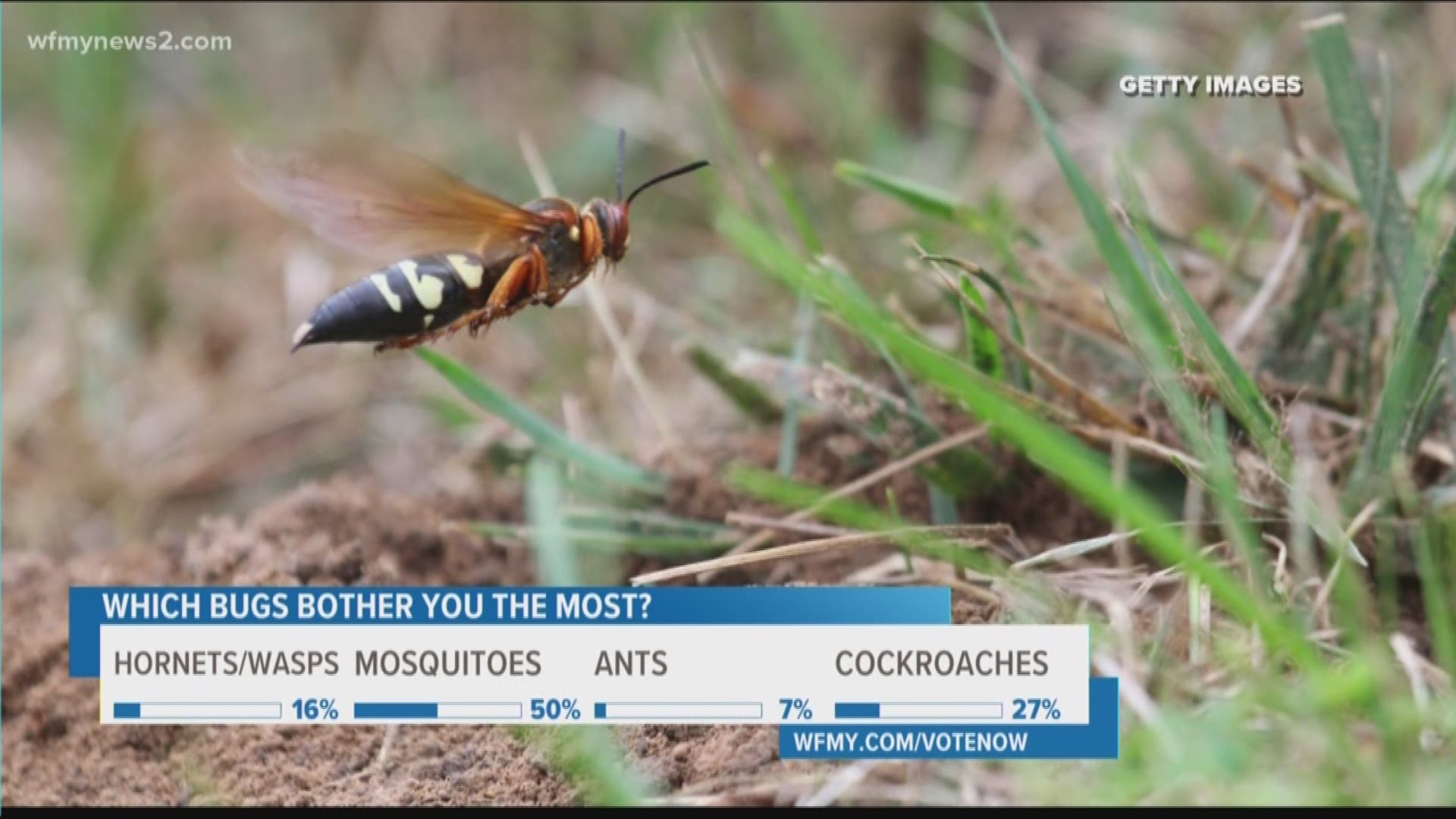 CHARLOTTE, N.C. — They're big, ugly and bug murderers. A cicada-killing wasp, found here in North Carolina, was captured on video preparing its next meal after murdering its prey.

Cicadas dominated the mid-Atlantic earlier this summer when the Brood X cicada, the species that emerge every 17 years, made themselves heard. Many people were interested in any prospect that would make the bug, known for his highly annoying sound, go away.

Unfortunately, cicada-killing wasps do not kill cyclical species like Brood X. These cicada-killing wasps, which make an appearance every summer and have a longer life cycle, target the "dependable seasonal cicadas," according to National Geographic.

Eugene Robinson, co-host of WCNC's Charlotte Today, recorded a video of one such wasp last week while walking his dog.

In his video, which was shared on the Charlotte Today Facebook page, Robinson asks for assistance identifying the creature burrowing into the ground. Dirt from the ongoing tunneling effort can be seen piled up alongside the opening.

Eugene here, walking my dog and came across this. What is this Creature? Do you know? Please comment below I’m anxious to find out.

WCNC's Charlotte Chief Meteorologist Brad Panovich came to the rescue and confirmed the bug captured in the video was a cicada killer wasp. He said the large wasp is Species speciosus and is one of the largest wasp species. Panovich said these wasps are largely harmless, unless a female one is provoked. Male cicada killing wasps do not sting and are normally no threat.

The wasps typically have a 4-inch wingspan and can be found in areas where they can easily dig burrows to protect their young.

The female cicada killer wasp will start hovering around trees during the peak of summer where they can find their next meal, the dog-day cicada. Similar to the meal Robinson witnessed, the female will capture, sting, and paralyze their prey before dragging them back to their burrow where they will then become food for the next generation.

RELATED: No, hippos are not the deadliest animal in the world

RELATED: How the type of shirt you wear could repel mosquitoes

Hey @wcnc, do you know what kind of bee/wasp this is? pic.twitter.com/4uEGLJMfBO

Mackenzie Bart, of WBNS, contributed to this report.