City of Charlotte under State of Emergency after 'civil unrest'

Mayor Vi Lyles said she supports peaceful protesters. City of Charlotte officials confirms there are no restrictions in place at this time.

CHARLOTTE, N.C. — The Chairperson of the Mecklenburg County Board of Commissioners and Charlotte Mayor Vi Lyles issued a joint proclamation of a State of Emergency, effective immediately.

It comes after protests in Charlotte Friday night over the death of George Floyd in Minneapolis police custody turned violent.

Shortly after 9 p.m. Friday, the Charlotte Mecklenburg Police Department deemed the gathering "unlawful" and had ordered the demonstrators to disperse.

The State of Emergency proclamation, issued May 30 at 12 p.m., cites that "civil unrest has created a state of emergency" in both the city and county.

The State of Emergency went into effect immediately and will remain in effect until the Chairperson of the Mecklenburg County Board of Commissioners and Charlotte Mayor Vi Lyles rescind it.

In documents obtained by WCNC Charlotte's Hunter Saenz, several potential limitations were included in the State of Emergency, however, none are currently in place. 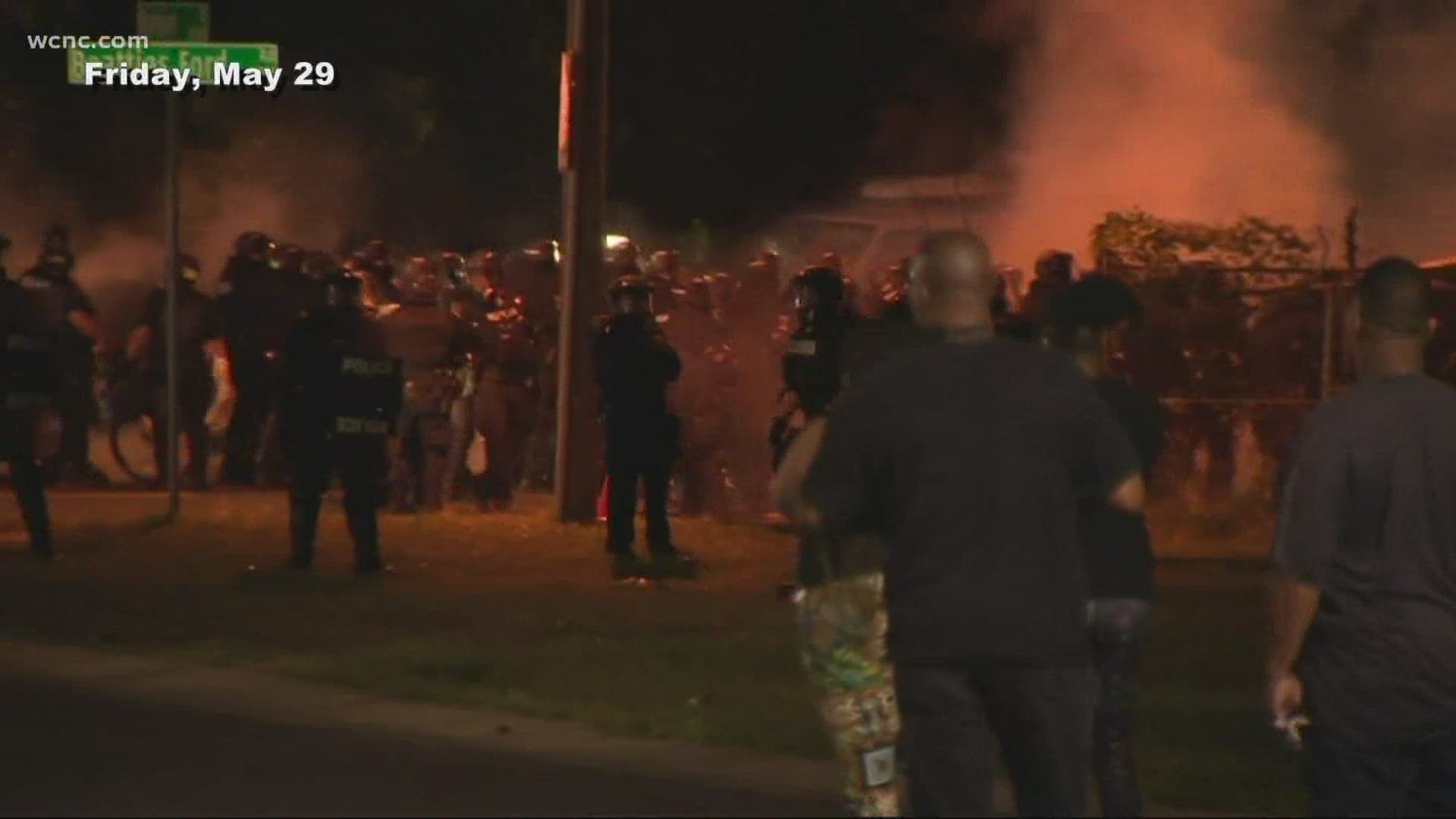 Those potential limitations listed: Excessive Price Prohibitions, Curfew, Restricted Access, Restricting Business and Congregation, No Alcoholic Beverages, No Dangerous Weapons and Limiting Mass Gatherings. To reiterate — none of these limitations are currently in place in the City of Charlotte.

The City of Charlotte stressed later that a "curfew HAS NOT been enacted at this time." The proclamation of the State of Emergency would enact a curfew if necessary, however. Mayor Lyles says if that were to happen, plenty of notice would be given.

Mayor Lyles said at a press conference Saturday that she supports peaceful protesters, and hopes they are heard.

"We want to do it in a way that protects our residents, our neighborhoods, our communities," Mayor Lyles said.

Regarding people coming to Charlotte specifically for protests, Mayor Lyles says she expects them to honor and respect the people who live in Charlotte.

The entire state of North Carolina was already under a State of Emergency due to the COVID-19 pandemic, so the State of Emergency in Mecklenburg County and the City of Charlotte is on top of that. But once again, no additional restrictions have currently been placed in Charlotte.