People living in the area told NBC Charlotte they love the flag, but city officials say the issue has nothing to do with patriotism. 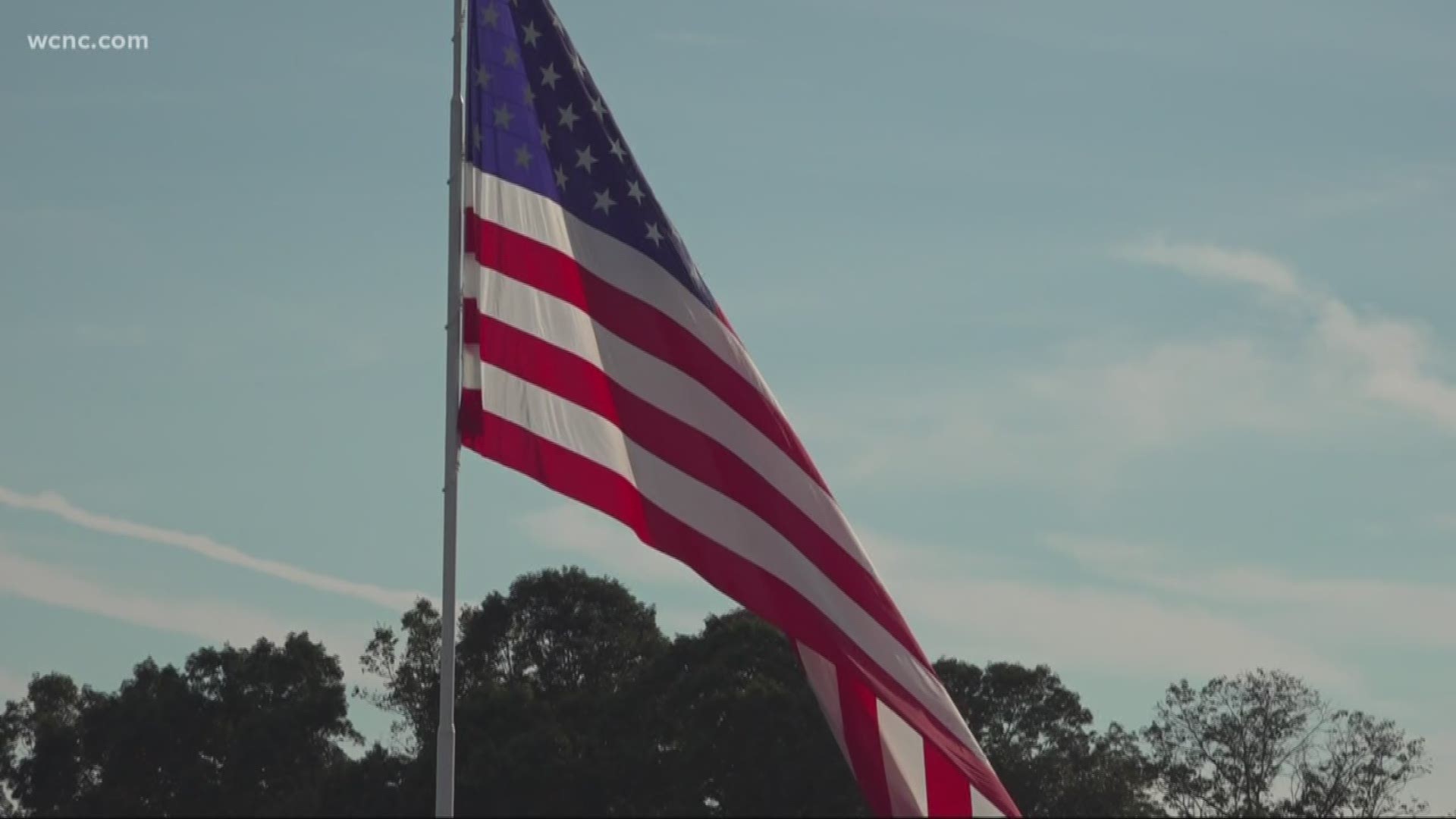 STATESVILLE, N.C. — An American Flag flying high in Statesville is becoming a polarizing debate between a company and the city council.

Officials with Statesville say the issue has nothing to do with patriotism. Rather, they say the size of the flag goes against the permit agreement between Camping World and the council. According to the city, it also violates a city-wide ordinance.

On Saturday, Camping World posted this to Facebook claiming the city filed a lawsuit against them and is fining them $50/a day dating back to October 2018, which totals more than $10,000.

Camping World
The City of Statesville, North Carolina has filed a lawsuit seeking an injunction to require Gander RV in Statesville, NC to take down their American Flag. They are imposing a $50/day fine...

Monday, the company had no comment, but they told NBC Charlotte they will speak eventually.

NBC Charlotte also reached out to the city of Statesville for a comment. The following was their response, in part:

"FROM THE CITY OF STATESVILLE:

In June, 2018, Gander RV (formerly known as Camping World) filed an application with the Statesville Planning Department to display a 40x25-foot flag on its property.  The permit was approved, but when the flag was raised two months later, it was determined the company was flying a 40x80-foot flag, which is prohibited by City ordinance.  (Permit is attached)

After several attempts to have Gander RV replace the flag with the permitted size, the City notified Gander in October, 2018, that the $50-per-day fine would be initiated until the flag was replaced.

On Tuesday, May 7, 2019, Statesville City Attorney Leah Messick filed an injunction against Holiday Kamper Co. (owner of Gander RV in Statesville) for violating the City’s regulations on displaying flags.  The complaint asks the Court to order Gander RV to comply with the ordinance.

Gander RV has 30 days to respond to the complaint."

Snakes can be really active this time of year. Here's how to stay safe.