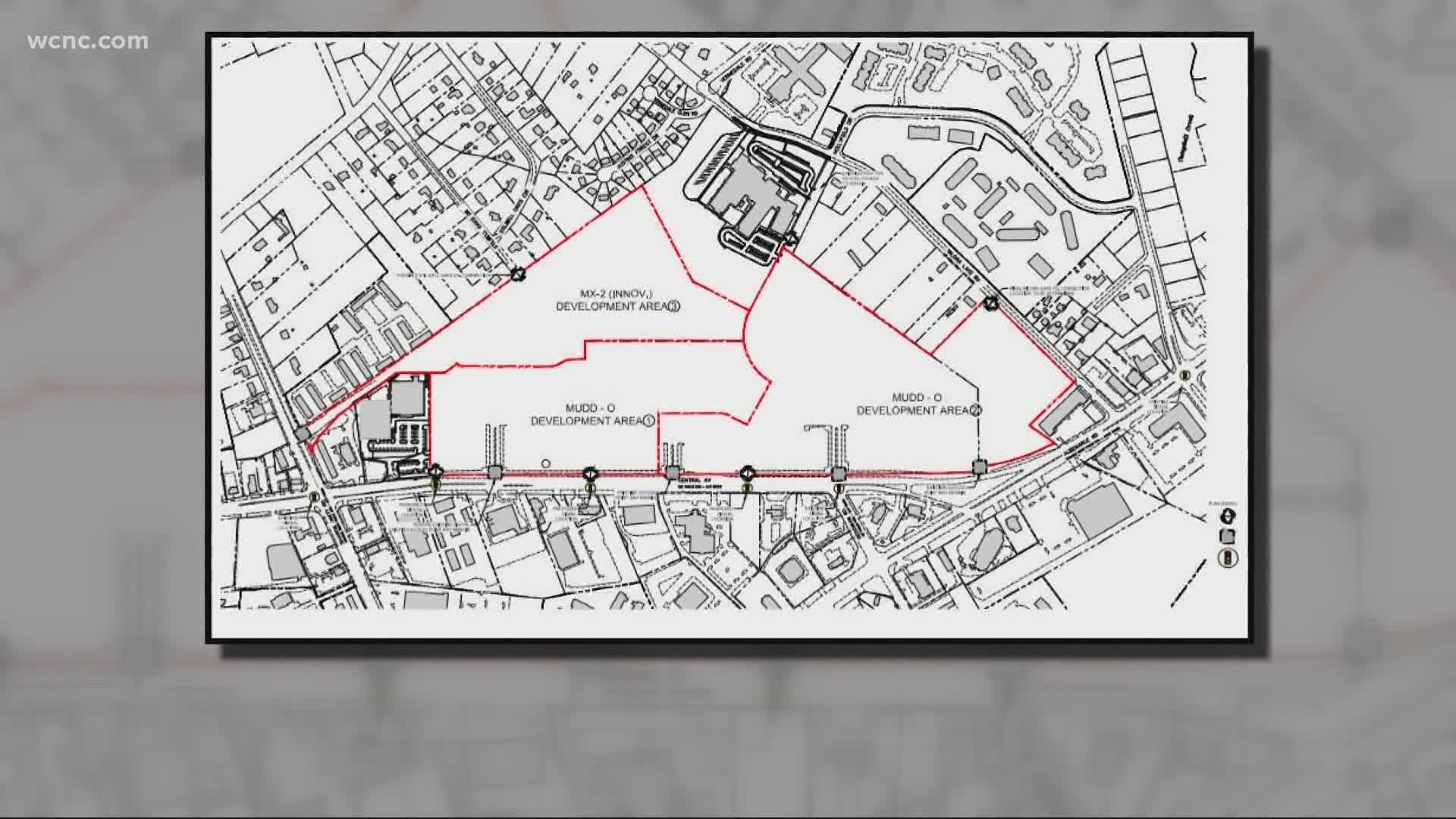 CHARLOTTE, N.C. — The City of Charlotte held a virtual community meeting Wednesday to answer the public's questions about the rezoning of the Eastland Mall site, where the city plans to put the new Major League Soccer team's headquarters and practice fields, along with some commercial and residential space.

The city has pledged to put $110 million from its hospitality revenue stream towards the team and redevelopment, but officials said because of COVID-19's impact on businesses, revenue brought in from the hospitality industry will be slashed 85% by mid-summer, and likely won't return to normal until April of next year.

There is some opposition to those plans. A petition has been started to half the process during the COVID-19 pandemic.

Right now, the Eastland Mall location is an eyesore, but the plan is to completely revitalize that part of town. The group who started the petition wants the rezoning process to half until in-person meetings can start again. They argue this would give everyone who lives or works in the area the chance to have their voice heard.

"It's going to negatively impact the number of people who can attend and voice their opinion, especially the ones that stand to be mostly affected by this," said Zhenia Martinez of Action NC.

The group is concerned people who live and work around the old Eastland Mall site will remain voiceless through the process and be pushed out once development starts.

"Depending on the house that is put there, what's going to happen is that everything around there is going to start pricing out very quickly," Martinez said. "Residents that have long lived in the area are going to have to start looking elsewhere."

RELATED: Charlotte can afford $110 million MLS commitment, but it's far from a done deal

City officials didn't directly answer questions about this petition but say they're committed to keeping the project on track.

"The pandemic is at the forefront of our business every day, but there are some projects such as inching Eastland forward that we want to stay committed to," said City Manager Tracy Dodson.

The next public meeting is scheduled for Monday, May 18. That will also be virtual. For perspective, officials say they hope to start construction in the winter but "vertical construction" won't even start until the beginning of 2022.