A man shot his neighbors' dogs. He said he had no choice, remembering how his daughter had been mauled 20 years ago

Fred Hermann said he had had enough of his neighbors' dogs coming on to his property threatening his family. He says he was forced to kill two of the animals. 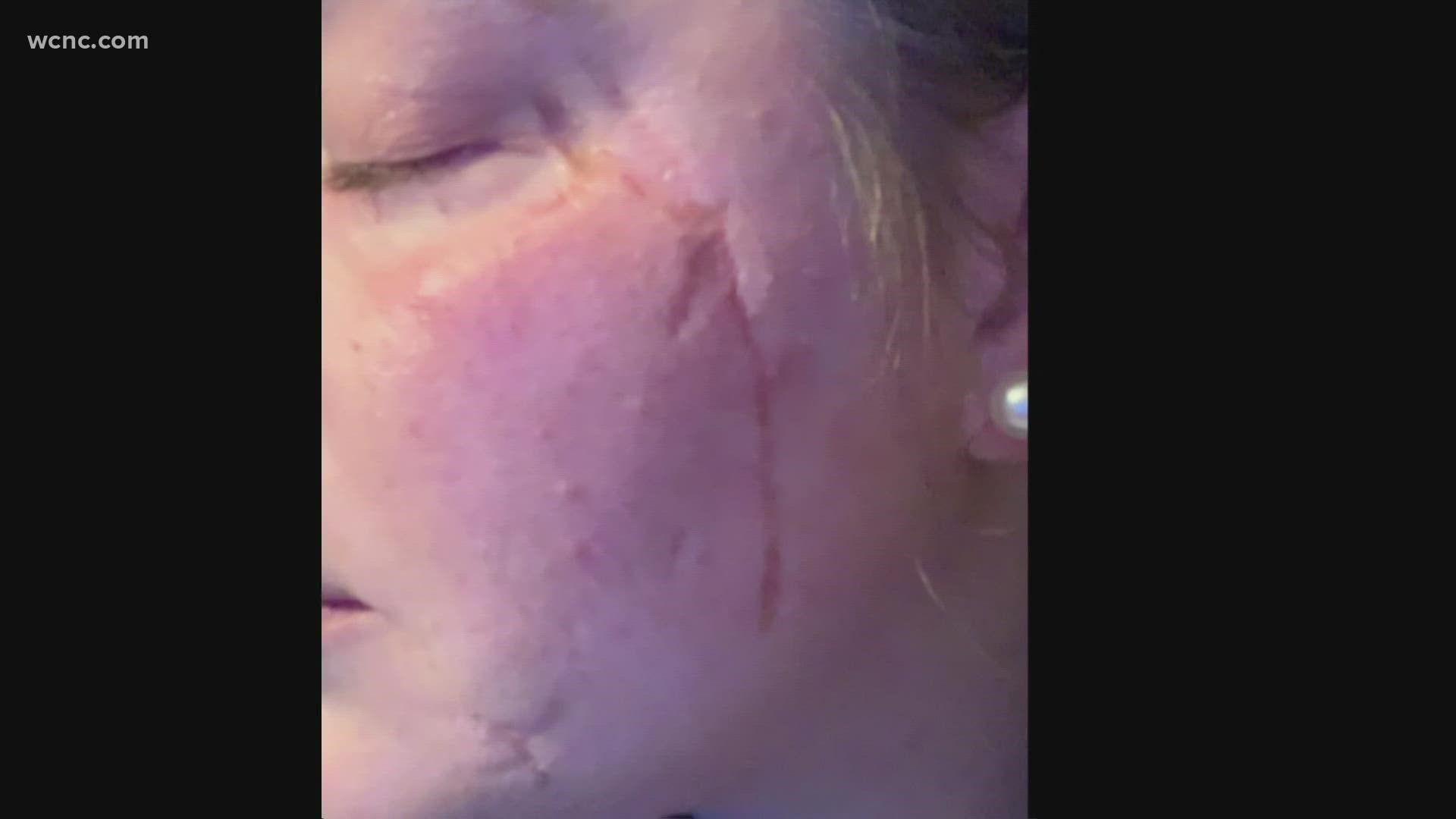 ROWAN COUNTY, N.C. — This is a tragic story about what can go wrong when dogs roam off the leash.

Many people are under the false impression that their dog can bite for the first time without serious consequence.  That’s not true. Dog owners need to protect other people, which experts say will, in turn, ensure dogs are protected.

In this case, a Rowan County man said he had no choice but to protect his loved ones.

“I got two pit bulls in my yard and they are attacking me and my dog” yelled Fred Hermann to the Rowan County 911 operator.

That stressful 911 call was a prelude to the minutes to come for Hermann. What started with a simple familiar walk to look at the nearby cows quickly escalated as Hermann says the dogs roaming off-leash threatened his daughter and granddaughter.

“They attacked my daughter and granddaughter,” Hermann told dispatch.

“And they started coming at me, and I didn’t know what to do, so I threw her up on my shoulders and I started screaming,” said Amber, his daughter.

Hermann says he heard the screaming. After the first 911 call, he says the dogs came back. Hermann, an animal lover and dog owner himself, says he was forced to protect himself and his family. The second 911 call, he got very emotional.

“I need the police here, I have just shot the two dogs that were attacking me in my yard," Hermann told the operator. "One of them is in my driveway dead."

Hermann said as soon as he stepped out onto the porch, he had no choice; the dogs were immediately running to him.

In the minutes that followed, both dogs would be shot and eventually die.  Animal control has had many complaints about neighbor dogs roaming on to Hermann’s property, and many citations were issued to the dog’s owners.  The last two years were a tragedy in the making.

RELATED: Why do dogs tilt their heads? Study aims to find out

The Hermanns were fearful, and with good reason. Their daughter, who fought off one or both dogs that night, was attacked by a dog when she was a little girl; the scars are still visible today more than 20 years later.

So how exposed are you if your dog bites? Attorney Brett Dressler said you're left pretty wide open.

“One of the biggest myths is that your dog gets one free bite, in North Carolina, that is not true. You’re going to end up paying for it” said Dressler.

In this case, the dogs themselves paid that price.

No charges were filed against Hermann for taking what he says was a defensive action.