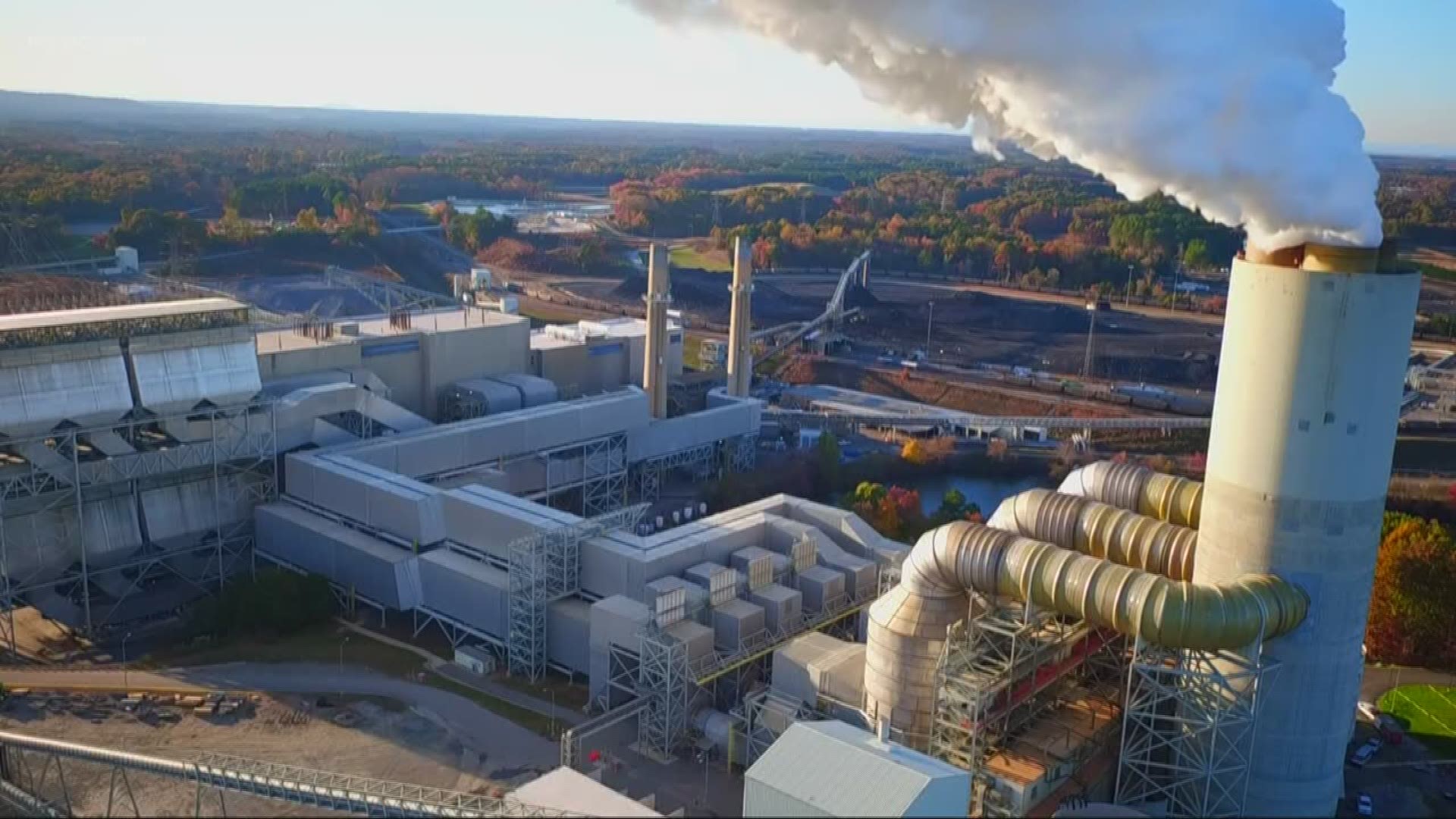 According to the North Carolina Department of Environmental Quality, the move is expected to be the largest coal ash cleanup in U.S. history, requiring more excavation than what was done in four neighboring states combined.

Throughout the month of February, the DEQ has hosted public hearings around the area to explain Duke's submitted plans and hear comments from the community. Monday night's meeting at North Rowan High School addressed the excavation plans specifically for Buck Steam Station in the Salisbury area.

Altogether, 10 remaining coal ash basins will be closed, the DEQ says. At six of those, the ash will be removed and placed in lined basins on site.

See the excavation and closure plans in detail below:

Coal Ash Excavation
The North Carolina Department of Environmental Quality (DEQ) has secured the excavation of more than 80 million tons of coal ash in North Carolina. Under a settlement agreement with community and environmental groups and Duke Energy that ends the appeal litigation, Duke Energy will move forward with excavation plans at the Allen, Belews Creek, Cliffside, Marshall, Mayo and Roxboro sites, moving coal ash into on-site lined landfills.

Buck is one of four locations where coal ash will be excavated and recycled.

Ed Mussler with the DEQ's Division of Waste Management says recycled ash will have to be burned first to remove remaining carbon, so the ash can then be incorporated into cement. Throughout the process, Mussler says environmental impacts will be tracked.

"They are monitoring, and, of course, the department has multiple inspectors that’ll be on-site," Mussler says. "The community’s watching, too, and I think they understand that."

In total, Duke Energy expects the project to cost $8 million to $9 million. The DEQ says the process is expected to take ten or more years.

Deborah Graham lives down the street from the Buck site and came to the meeting to voice her concerns with the burning of the ash before recycling.

She also thinks Duke Energy should cover the cost of the cleanup.

"I know, for 33 years, I’ve lived in my house, and I’ve paid my trash man every month to pick up my trash," Graham said. "Duke Energy’s been down at the end of my street. They have not paid the trash man to pick up their trash for 33 years. Now, they want me to also pay for that. That’s just another slap in our face."

There are three public hearings left. Each session will start with a meeting to give information and answer questions. A public hearing to record public comments will immediately follow. The meetings take place at 6 p.m.

These are the remaining dates:

Correction note: An earlier version of this article identified the meeting location on February 27 as Bandy High School. The correction location is Maiden High School.