“Don’t open your door, that could be a scam or anything," one neighbor warns. 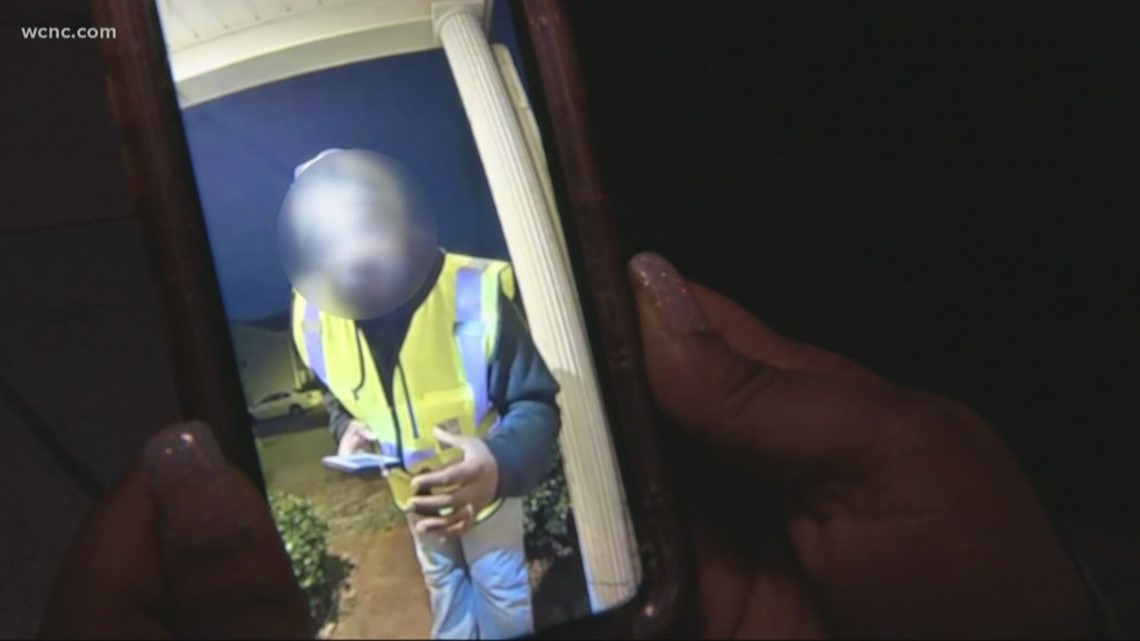 CHARLOTTE, N.C. — Those who live in one West Charlotte neighborhood are sharing the word about a suspicious man they say has been spotted going door to door posing as a Duke Energy employee.

One woman says she even caught the man on her doorbell camera. When he came to her doorstep, she tells WCNC NBC Charlotte she didn’t feel comfortable opening the front door so she spoke to him through the camera. He explained he was following up on a notice on her electric bill. She told him she never got a notice and started to feel something was off.

“I noticed that it was strange for him to be ringing the bell around 7pm," she says.  “He didn’t show his badge or anything.”

She shared her encounter on the Neighbors App and those who live nearby also commented they had experienced a similar suspicious situation. This neighbor says her goal is just to keep everyone aware.

RELATED: Deputies warn of a police impersonator after woman gets pulled over by fake cop

WCNC NBC Charlotte reached out to Duke Energy representatives who tell us workers typically don’t show up at your home without an appointment. They should also always have a badge and wear a vest that clearly identifies Duke Energy or one of their contractors.

Duke Energy says if you do come across a suspicious situation you can ask for ID or call them to verify the worker.