The final decision to move the monument came after two hours of public comment from both sides. 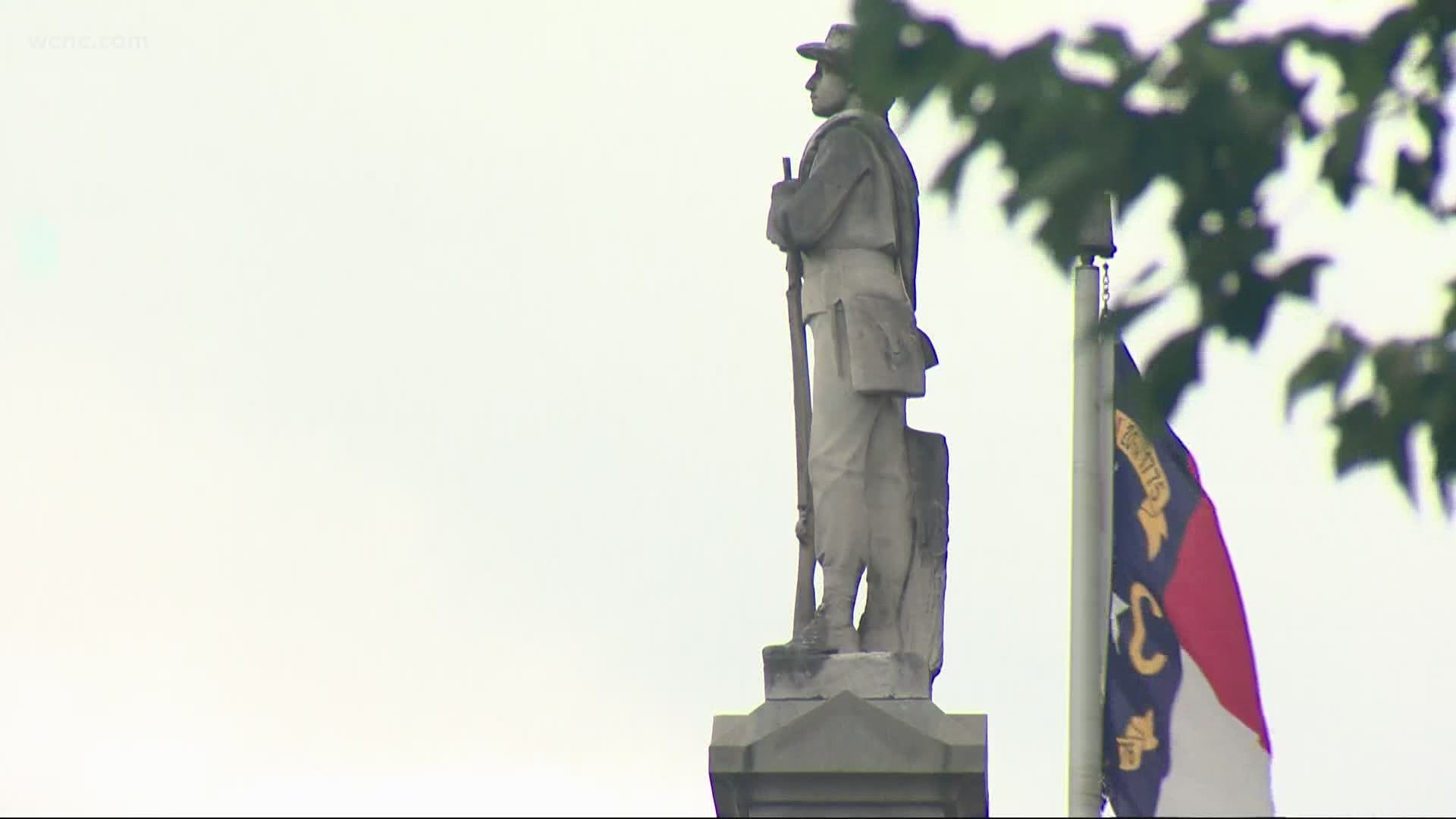 GASTON COUNTY, N.C. — Monday night, Gaston County leaders decided the fate of a Confederate monument outside the county courthouse. In a 6-1 vote, county commissioners voted to remove and relocate the monument.

Protesters that had been calling for the monument's removal gathered beneath the monument Monday night in joy.

The final decision to move the monument came after two hours of public comment from both sides. In all, 61 citizens took part in a public comment section of the meeting that lasted more than two hours before the vote on Monday night.

“I implore you, our Gaston commissioners, to make the moral decision to relocate the statue that has been the cause of unrest, harmony and a threat to the public safety to every Gastonite in this beautiful county,” said one man who wanted the monument to be relocated.

Others in attendance felt the statue was important to a sense of heritage.

“The removal of that monument dishonors their sacrifices and their heritage,” said a man who wanted the monument to remain outside the courthouse. “There is room in Gaston County for a Confederate monument.”

#BREAKING — Gaston County Commissioners vote 6-1 to REMOVE AND RELOCATE the confederate monument from the courthouse. Details coming up #LIVE on @wcnc pic.twitter.com/L2zYclhuSp

It came after the Council of Understanding voted 7-5 to relocated the confederate monument from the courthouse — that recommendation was originally asked for by the commissioners.

Commissioner Jack Brown originally put forward his motion to keep the Confederate monument at the courthouse, which was seconded by Commissioner Chad Brown. That motion failed 5-2.

The final vote to remove and relocate the Confederate monument was 6-1 — with the only no vote from Commissioner Chad Brown.

Chairman Tracy Philbeck and other commissioners felt that moving the statue is not rewriting history as some who wanted it to remain, believed.

He said it was a tough decision and he knows some commissioners who didn’t make their decision until after hearing from everyone who wanted to speak.

It's not yet known what the exact timeline will be for the removal of the monument.

The Sons of Confederate Veterans now have six months to find a "suitable alternative location" for the monument. The board of commissioners said in a statement the new location should allow for visitors to continue to view the statue.

As part of the agreement, Gaston County will pay for the costs of the monument’s relocation. In its place, the county intends to place a monument dedicated to all Gaston County soldiers who have died in the line of duty.