The facility is located in Concord, and in 90 days went from an empty room to a fully functioning facility. 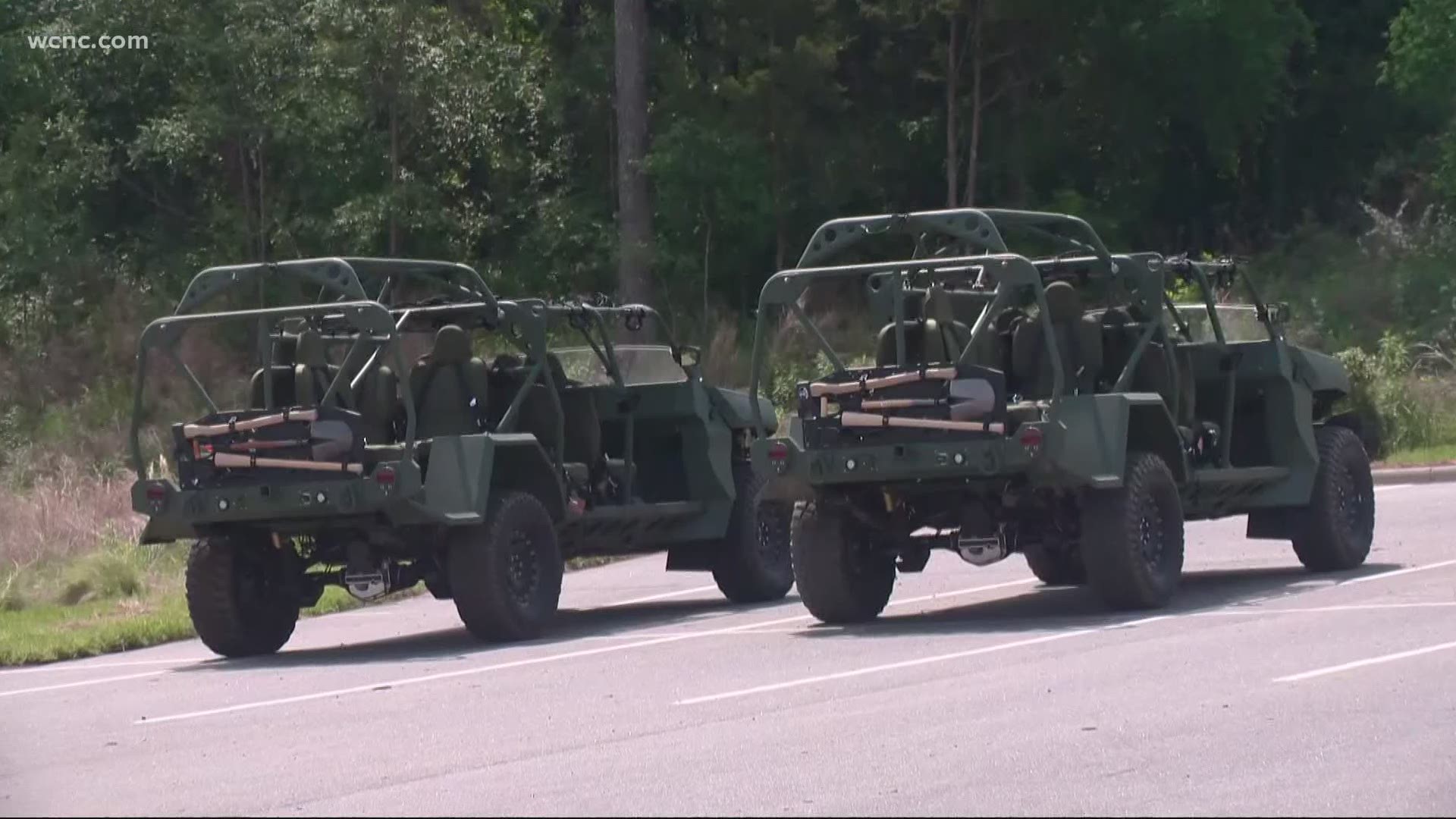 "Today is a really exciting day for us," Steve DuMont, president of GM Defense, said. "We’re opening up this facility now where we’re going to build the Army’s infantry squad vehicle.”

DuMont said Tuesday's event is the country’s first look at how they look and operate.

"These are the first vehicles now just rolling off our new production facility we have here,” DuMont said.

The facility is located in Concord, and in 90 days went from an empty room to a fully functioning facility. What's unique about these is that they are 90% commercial parts.

I’ve gotta get in one of these bad boys! Checking out the GM Defense Infantry Squad Vehicle (ISV) production facility in Concord. They’re slated to help manufacture 649 ISVs for the army and support production of up to 2,065 vehicles. Very cool! More details tonight on @wcnc pic.twitter.com/ZxfAVvvfAM

"The basic platform for the vehicles you see behind us is that [Chevrolet] Colorado platform over there, the ZR2," said NC Senator Thom Tillis.

"One of the big challenges you have with a number of the platforms we have in the DoD is they’re highly customized, supply chains are more difficult, they’re more costly to maintain and repair particularly on the battlefield,” Tillis said.

Tillis said GM Defense’s vehicle will cut through those issues.

"More capability on the battlefield sooner at a lower taxpayer cost," Tillis said.

North Carolina Congressman Richard Hudson test drove the ISV and said he’s excited this community gets to be a part of equipping America’s soldiers.

RELATED: Was that Air Force One? The little-known relationship between the presidential aircraft and this North Carolina airport.

"It's going to help our warfighters do their jobs better and come home safely,”  Hudson said.

As they continue to grow and expand, DuMont believes they’ll also be able to add more jobs to the area as well.