One person has died after the crash on Highway 16 near Denver, North Carolina. 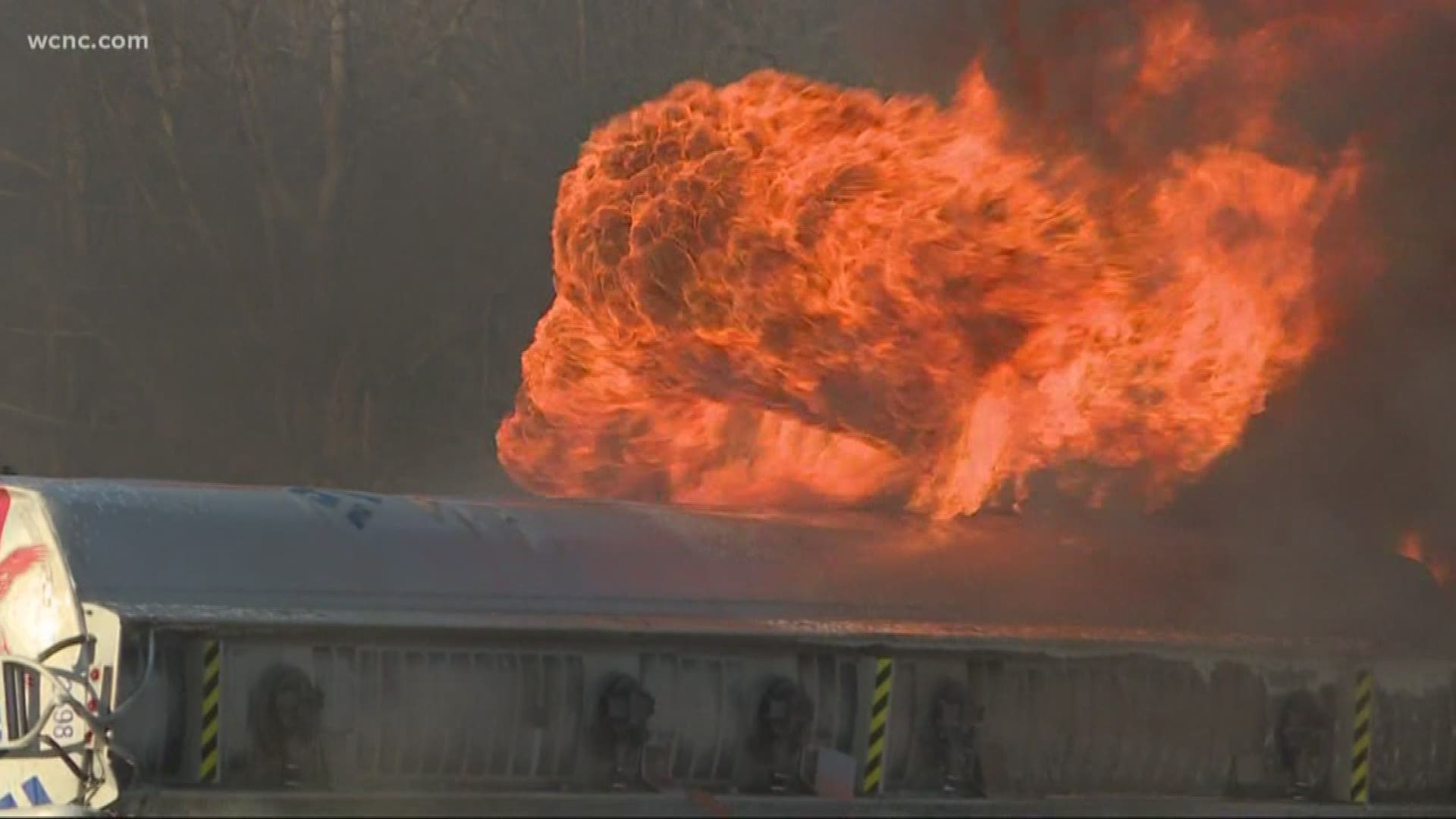 DENVER, N.C. — An overturned tanker truck bursts into flames Tuesday as crews were working to cleanup spilled fuel from the deadly crash.

Around 4:30 p.m., emergency officials had just removed the remains of a deceased person from the crash when the truck burst into flames.

Firefighters were already on-scene and rushed towards the truck with fire hoses.

Within 20 minutes, it looked like firefighters had the flames under control - but around 5 p.m. flames again could be seen coming from the truck.

One firefighter was examined by medical personnel after he tripped moving away from the initial flames.

After the crash, fuel leaked from the truck into a nearby creek and onto the ground.

When the fire started, flames could be seen coming from both the truck and the nearby ground.

1 / 10
WCNC
An overturned tanker truck burst into flames Tuesday as crews were working to cleanup the crash along Highway 16 south of Denver, North Carolina.

One person died in the initial crash, which involved the overturned truck and a car along Highway 16 just south of Denver, North Carolina.

Lincoln County Emergency Management said the driver they pulled from the tanker died from injuries sustained in the collision. The driver of the other vehicle was transported to the hospital.

"Just moments after they got him out of the vehicle and into the ambulance that it ignited and caught fire," a tow truck driver said about the injured driver.

Officials have not provided an estimated time as to when the highway will reopen. The public is urged to find alternate routes.

The scene was nearly clear by 11 p.m., but officials still had plans to test the roads and make sure they weren't compromised.

The North Carolina State Highway Patrol is investigating the cause of the crash.