It's meant to cut down on some of the crowds that have been seen at local parks with people not following social distancing guidelines. 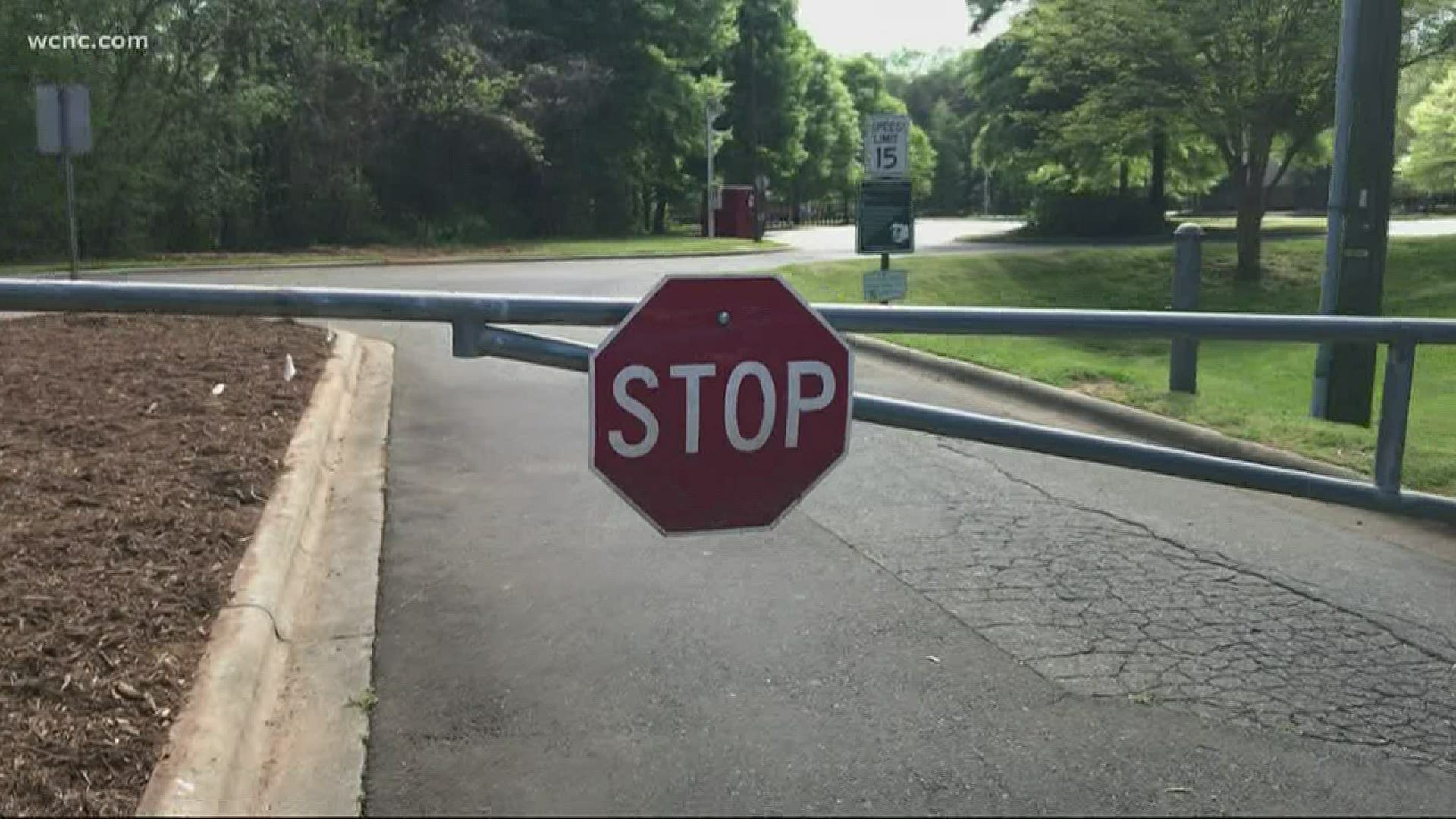 CHARLOTTE, N.C. — Mecklenburg County closed the entrance gates to local parks so that cars can't get in, as part of an effort to keep social distancing.

Officials say the public parks and greenways are open, but only to foot traffic. It's meant to cut down on some of the crowds that have been seen at local parks with people not following social distancing guidelines.

The gates are closed at Freedom Park, but people are allowed to walk or ride their bikes into the park, as long as they follow the rules.

The Charlotte Mecklenburg Police Department says most people are following the rules, but there are two general reasons why others are not. One reason is they don’t understand the ‘stay at home’ order.

“They aren’t exactly sure,” said CMPD Deputy Chief Jeff Estes. “We are vetting those out when they call.”

Police say the other reason people aren’t following the order is that they are choosing to ignore the rules.

In an effort to keep social distancing and eliminate mass gatherings, park gates were closed on Wednesday to cars at more than 60 of the largest parks in Mecklenburg County.

People can still walk or bike into the park, as long as they keep a six-foot distance from others.

“I hear many people saying well I’m asymptomatic I don’t have it, I shouldn’t have to stay home,” Deputy Chief Estes said. “Well, we know people who are asymptomatic can be in fact carriers and spread that around.”

In addition, people are not allowed to be with a group of more than ten people, and even with ten or fewer people, they have to follow social distancing guidelines.

CMPD says officers will tell people violating the order to comply, and if they don’t, they’ll first be cited.

“If they continue not to comply they’ll be arrested,” Deputy Chief Estes said. “We don’t have a choice, this is a pandemic, it’s time to take it serious.”

Police say the sooner people comply and help flatten the curve, the quicker everyone will be able to return to a normal life.

“Walk outside in the yard, do something else other than gathering in a mass group,” said Deputy Chief Estes. “The more we do today, the better our tomorrow will look.”

Officials also ask people to refrain from gathering during worship services, including during Passover and Easter. They say people can participate in those services virtually or by phone.