A June 19 event at Latta Plantation was canceled after social media backlash; some community members referred to the event as a poor rewrite of history. 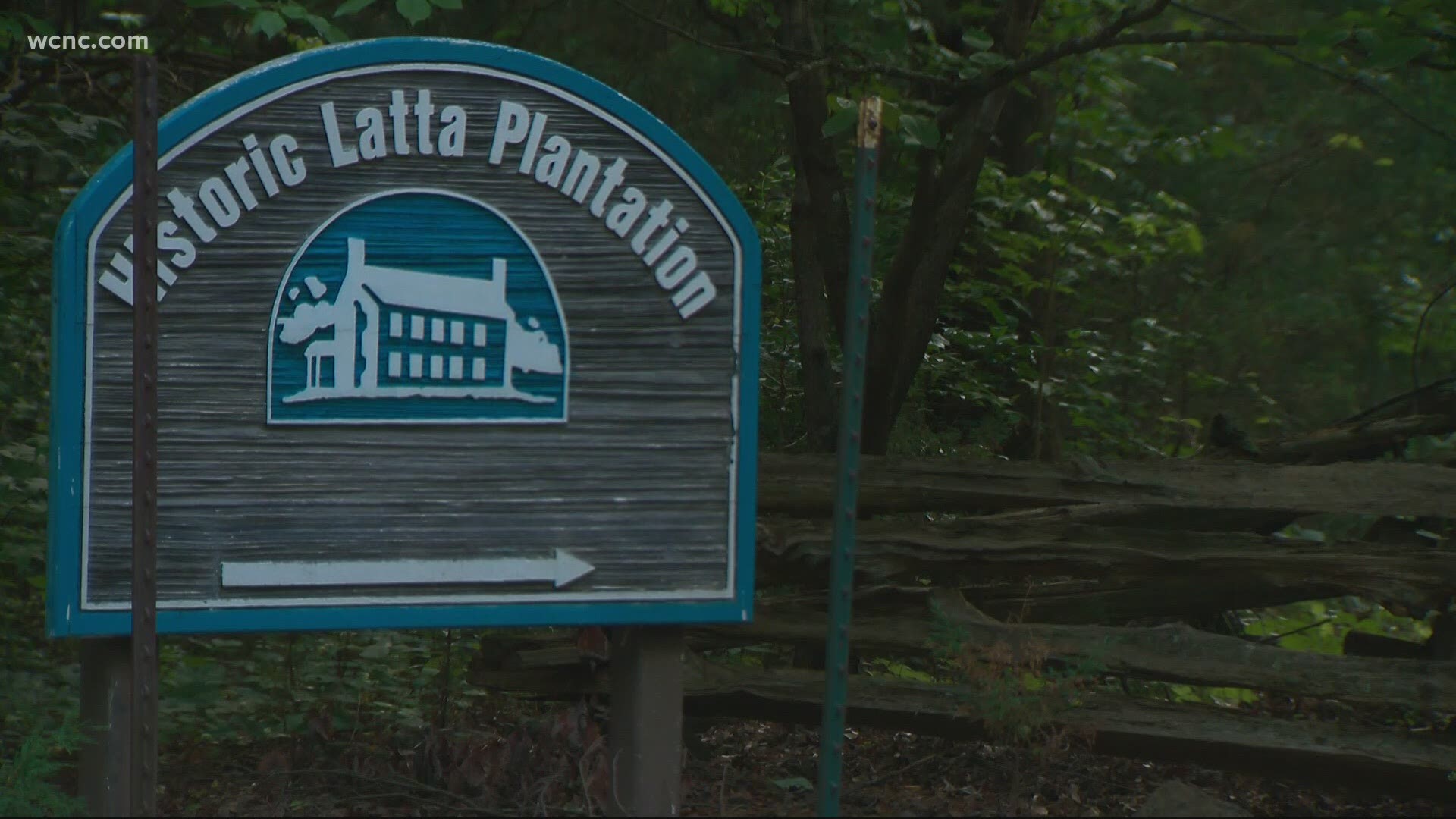 MECKLENBURG COUNTY, N.C. — Mecklenburg County commissioners announced Tuesday that the county will not renew its contract with Historic Latta Plantation following an event at Latta Plantation that was canceled after social media backlash.

According to the event page, which has since been deleted, organizers were planning to host an event on June 19 called "Kingdom Come." The event page stated guests would "hear stories from the massa himself who is now living in the woods."

At Tuesday's county commissioners' meeting, Mecklenburg County Parks and Recreation Director Lee Jones said he sent a letter to Historic Latta Plantation, Inc., telling them they would not be renewing their annual contract when it expires on June 30.

The contract has been renewed each year since the 1970s.

"We have zero tolerance for programs that do not embrace equity and diversity," Jones said.

Jones told the board that Latta Plantation, Inc. was supposed to tell Parks and Recreation about programs at least six weeks ahead of time by contract. The county even reached out to the nonprofit to ask if there were any additional programs added that they didn't already know about, Jones added.

The county was never told about the event, Jones said.

According to the county, Historic Latta Plantation is considered a "living history museum and farm" from circa 1800 and is located in Latta Nature Preserve. The plantation and surrounding area were intended to give visitors a sense of what 19th-century life was like in the Carolinas.

Historic Latta Place, Inc., which manages daily operations of Latta Plantation and offers educational programs, is a contractor to Mecklenburg County. For this reason, following backlash on social media following the event announcement and its subsequent cancelation, Mecklenburg County leaders resolved to review its relationship with the vendor.

The contract had continued to be renewed year after year since the 70s, Jones says.

It will not be renewed, he reiterates. #MeckBOCC @wcnc

"This is why we need to do a racial equity audit across the report," Commissioner Susan Rodriguez-McDowell said. "We should be doing a deep, deep dive in all of our departments."

Rodriguez-McDowell felt more safeguards should be in place so programs like the controversial event don't slip through the cracks.

"Like do we even know how long this programming had been going on?" she asked.

Jones clarified it had not taken place in the past.

"When you think about it, the system worked," he said. "You couldn't have known [about the event] if they didn't inform you. And, so, when it became public because of the public outcry, you heard about it anyway."

Jones told county commissioners that Latta Plantation had plans over the next week for events teaching kids how to be young Confederate soldiers as well as how Southern belles used to sew. Jones said he believes those events will also be canceled.

For the short term, the county will manage the historic Latta House and care for the animals on the property. The county will have to decide if they want to hire another third-party vendor to run programs there or manage programs themselves.

RELATED: 'It represents slavery' | Senior-living community removes 'plantation' from every street name on its property