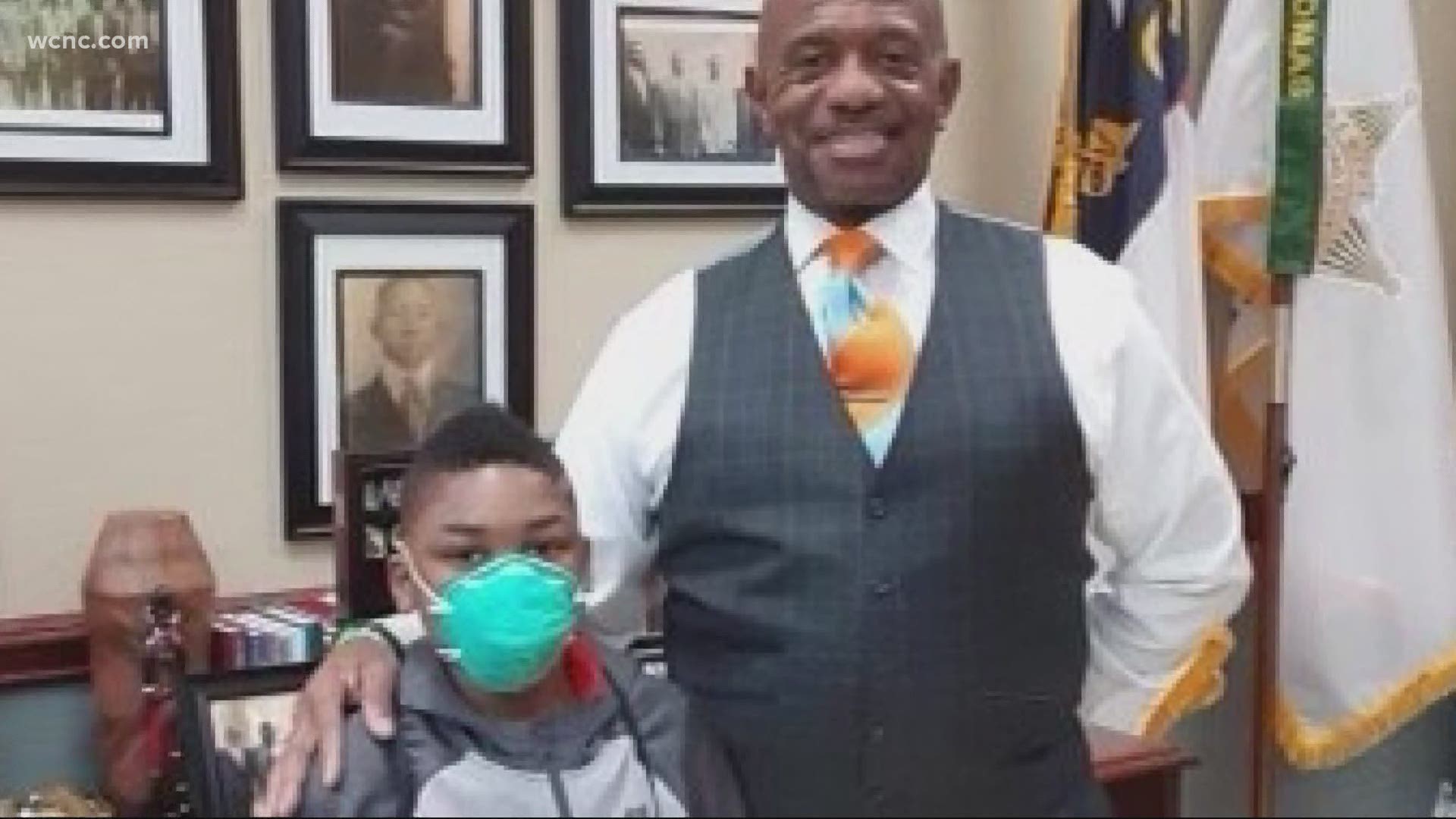 CHARLOTTE, N.C. — A Charlotte mother shared her concern about her 8-year-old son’s constant fear of law enforcement and wanted to do something about it. With the help of the staff at the Mecklenburg County Sheriff’s Office, they worked to arrange a one-on-one meeting with the sheriff and the young boy.

Lathan Foger said when he sees the news, it sparks a feeling of fear and uncertainty toward police officers.

“When I saw George Floyd and how the officer killed him and Breonna Taylor died it just scared me because they’re Black and I’m Black,” Foger said.

RELATED: Chauvin trial outcomes: How a conviction, acquittal or mistrial are possible

His mother, Zandal Hollis, also recounts a recent visit to the mall when her son expressed those same feelings yet again.

“He saw a police officer and he hid behind me and said, ‘Mommy can you protect me?’” Hollis said.

That’s when she says she knew something had to change.

“I don’t want my son to live in fear,” Hollis said. “I want him to know law enforcement is here to protect him and he can call on them and expect that they do the right thing.”

Sheriff Garry McFadden also wanted to do the right thing and reached out to Foger personally to show him what law enforcement officers are truly all about.

“We spent about an hour together and he affectionally calls me Uncle Garry now and I consider him my nephew,” McFadden said. “We should build these bridges, instead of walls and it’s important we do this at a young age.”

Foger got a chance to meet the K-9 officers and check out the sheriff’s sporty community car.

“It was cool to me and I felt special because he took the time to cancel meetings to see and talk to me,” Foger said.

But this single meeting isn’t the only steps the Mecklenburg County Sheriff’s Office is taking in order to build community relations. They also host weekly mentoring meetings with the Boys to Men Foundation and deliver books to children to help with literacy through a partnership with Promising Pages.

It’s friendly and personable interactions like this that help make Foger and other children less fearful and much more comfortable with law enforcement.

“Next time I see an officer I can walk up to them, say hi, and not be scared,” Foger said.