The school said in a post on social media that prom would not be an option due to social distancing requirements and capacity limitations. 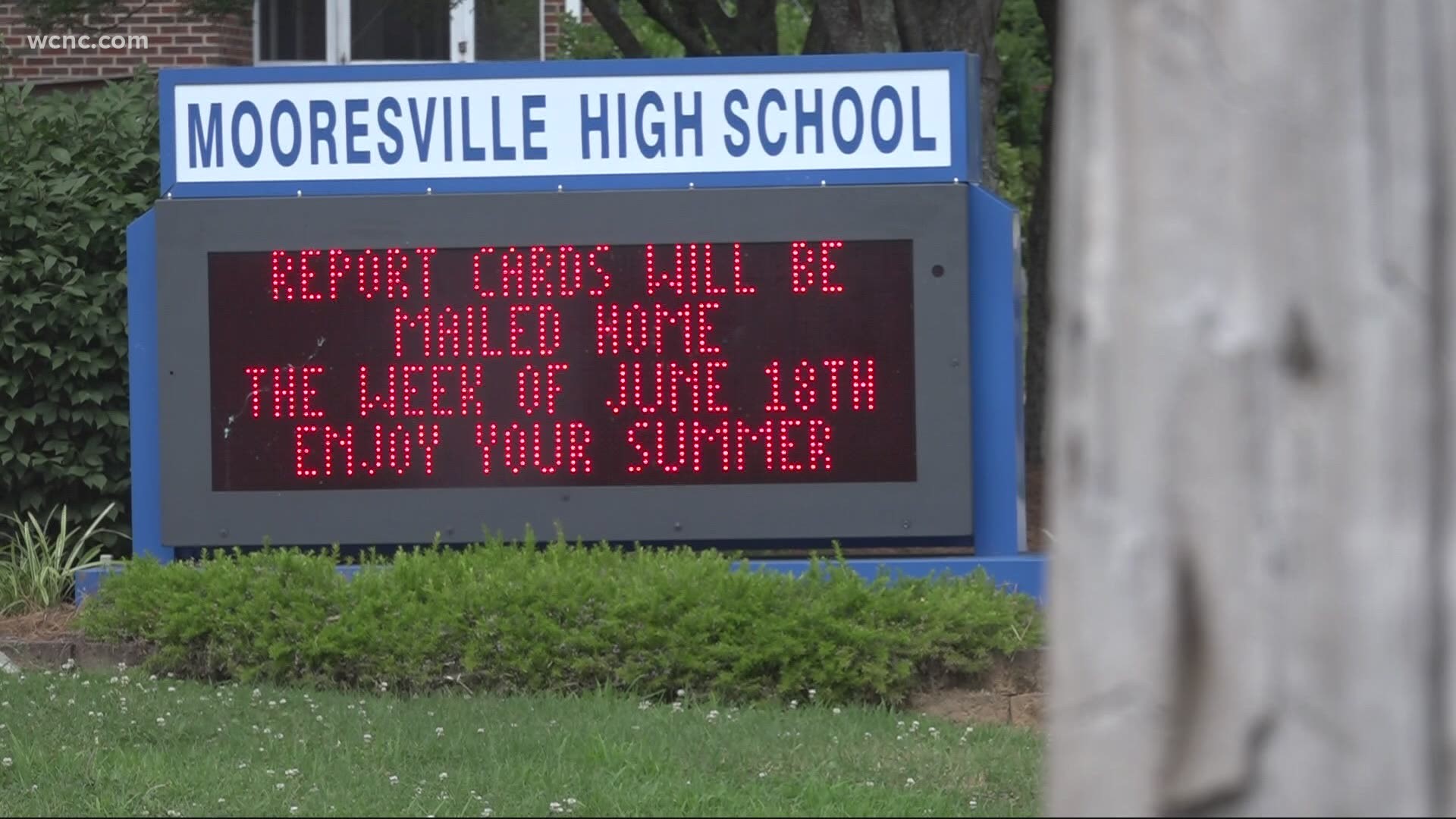 MOORESVILLE, N.C. — Mooresville High School is canceling prom for 2021, according to an announcement on the school’s Facebook page.

The announcement stating, “After careful thought and consideration, we have made the difficult decision to cancel prom for 2021. Many options were discussed, but given the social distancing requirements and capacity limitations, a viable option is not attainable at this time.”

Cabarrus County Schools also announced last week that it will not host proms this school year, citing current COVID-19 restrictions as the reason.

Lauren Wilson, a senior at Mooresville High School, said she has had her dress for the prom waiting in her closet for the last year since her junior prom was also canceled.

"I was going to wear the same one since it's a lot of money, and it's really expensive,” Wilson said. “And I already had alterations done."

Wilson said she was hopeful she would finally get to wear the dress to prom her senior year, but then she saw the announcement from Mooresville High School.

"I didn't know what to think,” Wilson said. “I was mad. I was mad at a lot of things. I was mad at my school. I was mad about the prom dress I had sitting in my closet from last year."

Tanae Sump-McLean, chief communication officer for Mooresville Graded School District, wrote in an email that the school district has followed the NCDHHS StrongSchools document throughout the COVID-19 pandemic, and will continue to do so for the safety of students, staff, and community and because they are told to follow it.

With high school sports starting back up across the state and allowed to have fans at outdoor events up to 30% capacity, Wilson said she wished school leaders could have looked at other options to make prom happen for the students.

"I wish they would have thought about an outdoor option or something more accommodating to the circumstances,” she said.

WCNC Charlotte reached out to several major school districts in the Charlotte area to check on prom plans but few responded.

Union County Public Schools said it has not made a decision regarding prom yet.