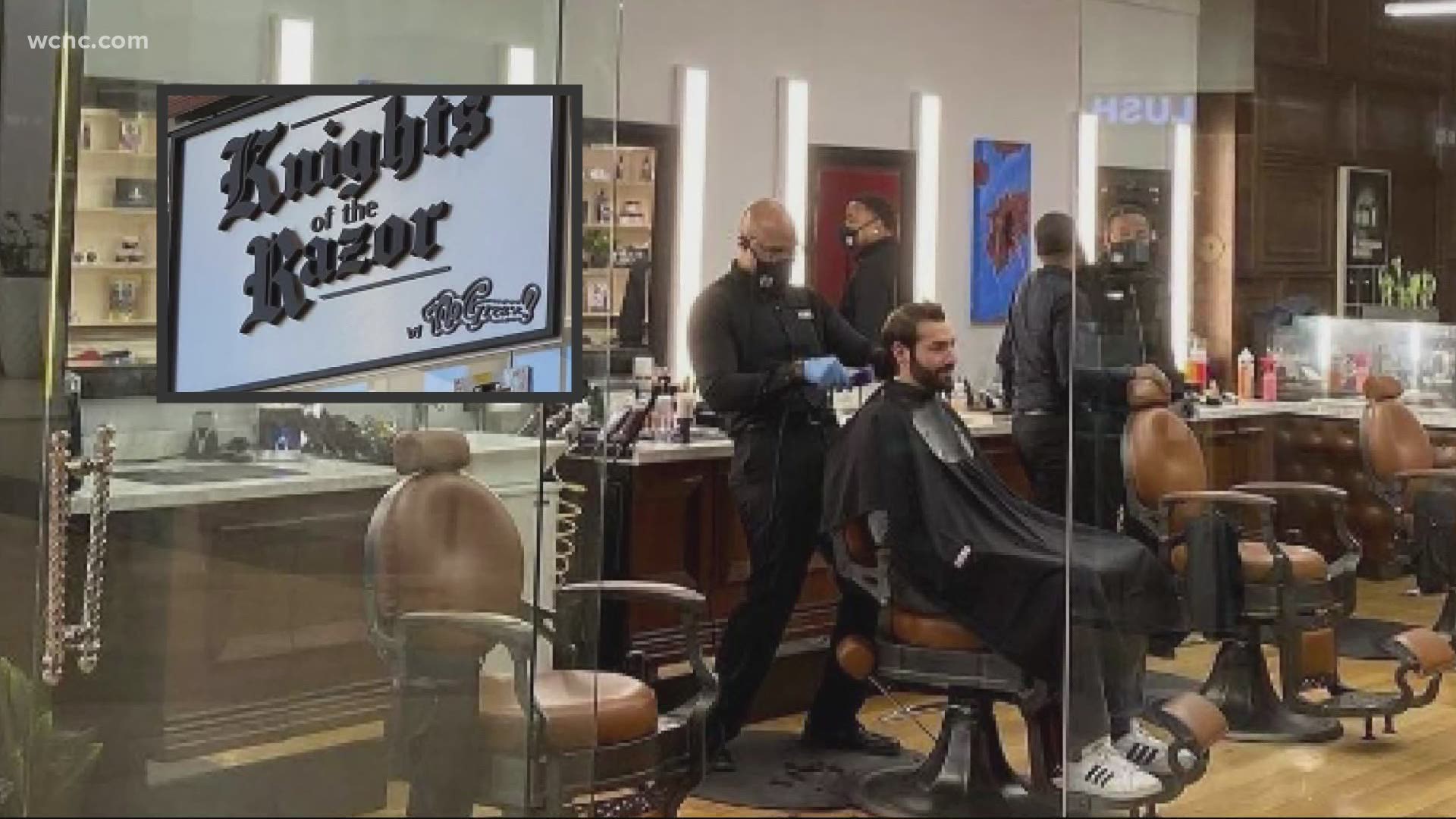 CHARLOTTE, N.C. — There's controversy surrounding one of Charlotte's most popular Black-owned businesses that temporarily had its lease terminated months early by SouthPark Mall management. Wednesday, mall management confirmed the business will be allowed to stay through the end of their temporary lease.

Twin brothers Damian and Jermaine Johnson opened the No Grease barbershop franchise in the late '90s. The company has grown tremendously since then, opening locations across the Charlotte area, including a new location in SouthPark. For a time, their lease was being terminated early. They wanted to know why.

"We are sons of Charlotte when it comes to our business," said Damian Johnson. "We learned business the Charlotte way."

Johnson says No Grease is bigger than a haircut, producing barbershops and entrepreneurs all over the Charlotte region and beyond. When the opportunity came to open a new location in SouthPark, they jumped at it.

Johnson said his company signed a one-year lease with the mall with the aspirations of signing a long-term deal once they established themselves in that location. The brothers signed that temporary lease and opened Knights of the Razor in November.

After investing tens of thousands of dollars, the shop opened on Jan. 10 with good business.

"We had existing customers that lived in that area, so it was more convenient for them, and we were picking up new customers," Johnson said.

But now, those customers may have to find a new place to get their hair cut. Mall management informed the brothers their temporary lease, which was supposed to run through the end of 2021, would be terminated on March 31. The mall said this was because they were in talks with a permanent tenant.

RELATED: Barbers trained on how to spot signs of mental illness

SouthPark is owned by Simon Property Group, the same company that manages Concord Mills Mall and the Charlotte Premium Outlets. No Grease has two shops at Concord Mills. That relationship goes back more than 10 years, but now the company wants to be somewhere they're wanted.

Johnson said he doesn't believe they were discriminated against and doesn't think Simon did anything illegal, but it's about the principle and transparency.

"When you start a business on Central Avenue or Sharon Amity, and you build your business for a number of years, to reach the pinnacle of Charlotte business, and that's SouthPark, that's a journey that a love of people have walked with us," Johnson said.

SouthPark Mall management previously issued a statement to WCNC Charlotte ensuring the group was open to adding more locations to other malls in the future. Wednesday, mall management issued an updated statement -- No Grease will be staying at SouthPark, at least until the end of their original temporary lease.

"We are pleased to report that Knights of the Razor by No Grease will be staying at SouthPark for the duration of their temporary lease. We have delayed our other deal until next year and will be discussing with Mr. Damian Johnson and Mr. Jermaine Johnson the possibility of a permanent location for their barbershop beyond their current temporary lease term.  Our other 4 locations with No Grease are all permanent leases.  We’ve enjoyed a productive and growing relationship with No Grease for the past decade and look forward to expanding our relationship in the future."