Investigators at the scene believe the fire was caused by an electrical malfunction. No one was hurt. 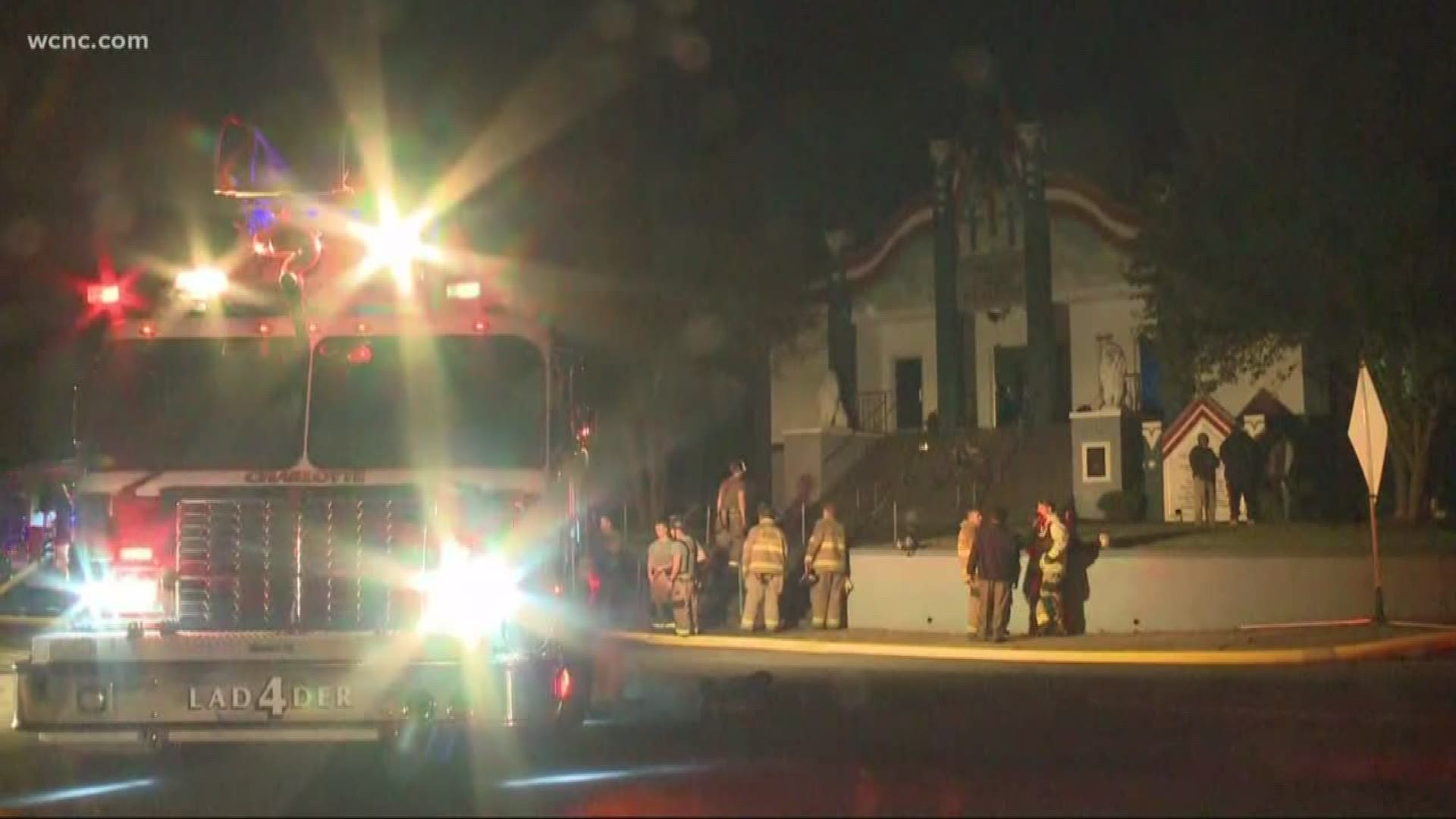 CHARLOTTE, N.C. — Firefighters were on the scene of a fire that damaged a historic north Charlotte church early Monday morning.

The Charlotte Fire Department was called to the United House of Prayer on Beatties Ford Road near the Brookshire around 3 a.m. Monday when someone passing by saw flames and called the fire department.

When crews got to the church, they found smoke and fire in the steeple area of the church. It took firefighters about an hour to get the flames under control.

Fire officials at the scene said the fire was caused by an electrical issue. The damage was contained to the steeple area and Charlotte Fire said there were no injuries related to the fire.

"I've never liked going to church fires," said one fire official. "It was confined to the steeple area and it was caused by electrical wiring."

In a tweet, Charlotte Fire said an estimated $40,000 in damage was caused by the fire. The outside of the church was mostly unharmed except for some of the roofing that melted off and fell on the front stairs.

Earlier this month, the United House of Prayer celebrated its 100th anniversary. The historic black church is well known for its community service and was supposed to open at 11 a.m. Monday for a prayer service.

It is unclear if the church will reopen due to damage from the fire.

For the latest breaking news and traffic alerts, download the WCNC mobile app.