Gantt served a decade on Charlotte's city council before becoming the city's first Black mayor in 1983. 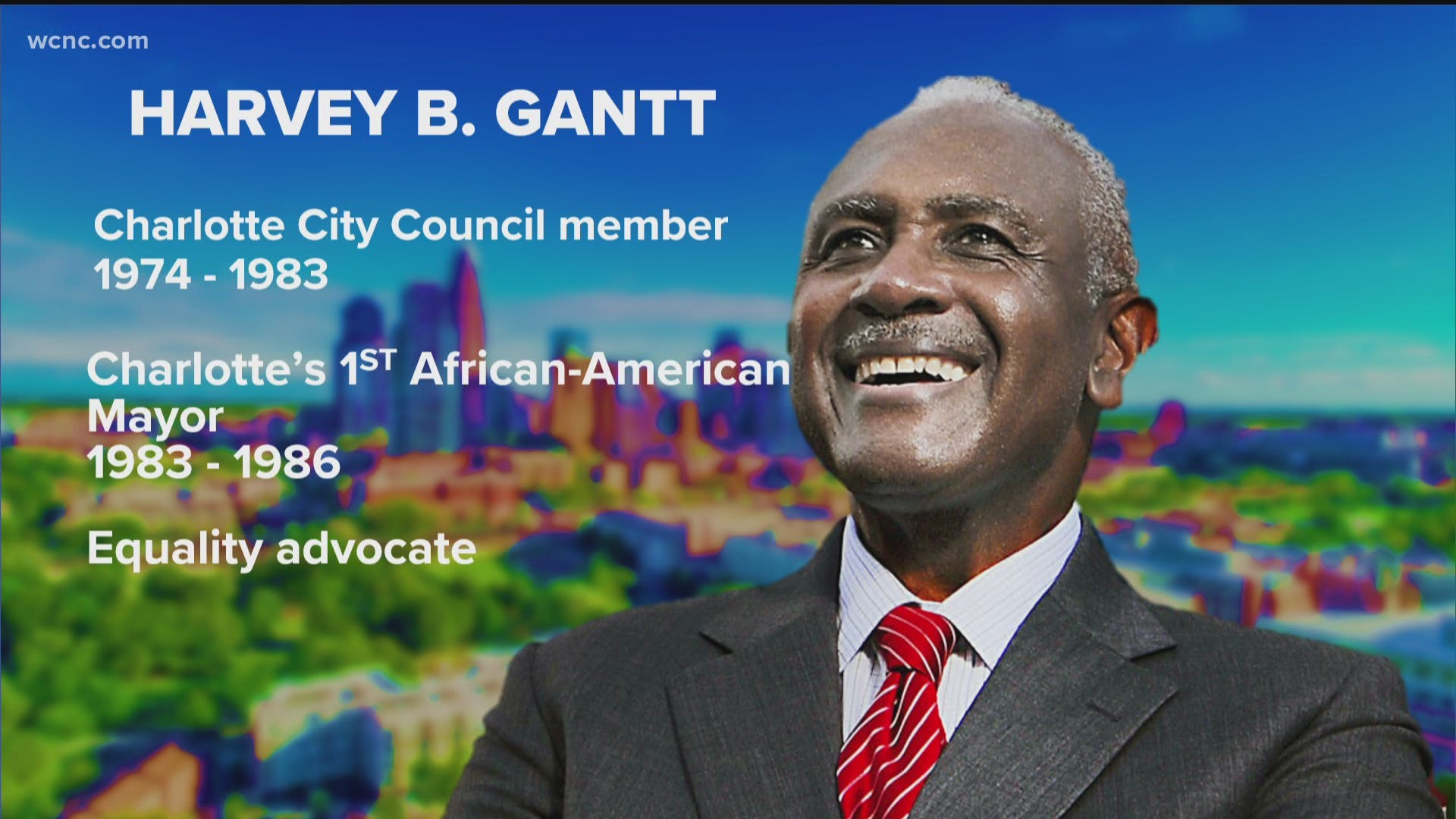 The petition says the street should be named after Gantt, who was Charlotte's first Black mayor, because of his lasting legacy in the Queen City, including his architecture firm being the brains behind some of the city's most iconic buildings.

Stonewall Street, which runs through uptown Charlotte, and in front the Harvey B. Gantt Center, is one of nine Charlotte streets the city's legacy commission recommended renaming because of their connection to slavery or white supremacy. Others include Jefferson Davis Street, Zebulon Avenue and Barringer Drive.

Gantt is a huge figure representing equality in Charlotte. He first moved to Charlotte after graduating from MIT in 1971. Once established, he co-founded Gantt Huberman Architects. His diverse staff helped create some of Charlotte's most well-known landmarks, including the Charlotte Transportation Center, Friendship Missionary Baptist Church, ImaginOn and TransAmerica Square.

He served on the city council from 1974-1983 before becoming mayor in 1983. From there, he continued to be an advocate for equal rights in North Carolina.

The Legacy Commission will also work to make sure steps are taken to review possible offensive street names in the future.

"We'll collaborate with CDOT on new city-owned streets to help ensure we do not run across this path again," a spokesperson with the commission said. "In addition, we'll be collaborating with Levine Museum of the New South and land commission to review new street names to make sure they're in accordance with new criteria."