Protesters are hoping to keep Friday night's protest peaceful, just like they did the night before. 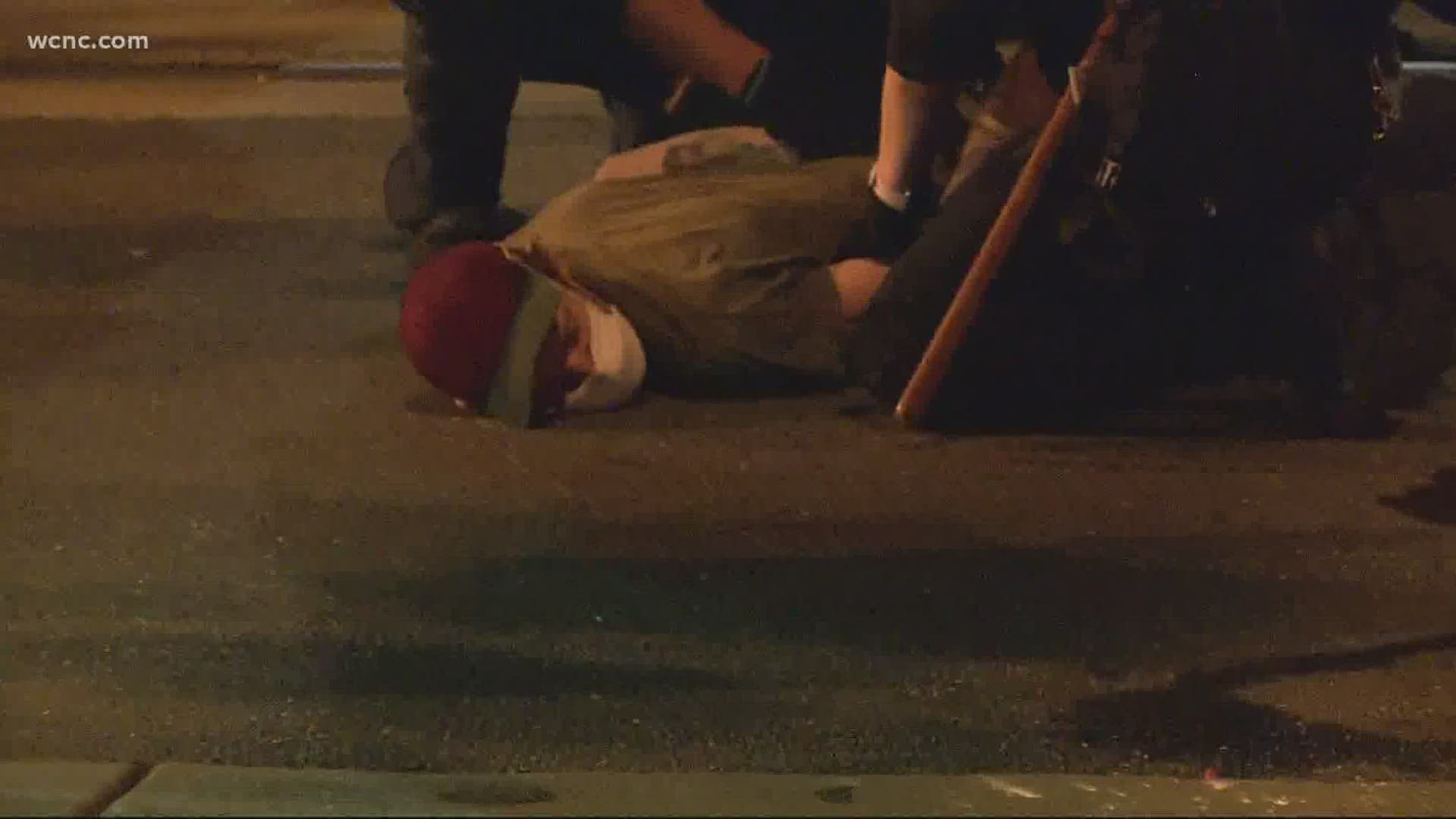 CHARLOTTE, N.C. — Protests in Charlotte has entered its 8th day after the City of Charlotte announced it has canceled the community forum scheduled for  Friday evening outside the Government Center in uptown due to the threat of severe weather.

Friday's event was the second scheduled for this week after Wednesday saw Mayor Vi Lyles and other city leaders arrive to meet with protesters about their concerns. Charlotte-Mecklenburg Chief Kerr Putney and multiple city council members were also present and talked with demonstrators who have marched nightly in uptown Charlotte following the death of George Floyd at the hands of police in Minneapolis.

The Community Conversations events were announced following a closed-door City Council meeting following Tuesday night's violent protests. A viral video appeared to show CMPD riot officers cornering protesters on 4th Street before using tear gas and pepper spray on them. Putney and Lyles spoke out against the video, with both saying they want the public to see what happened.

Putney told those gathered that as long as there's no violence toward officers, other people or property, CMPD will not use tear gas on protesters.

During Friday's evening's protest in uptown, protesters, just like the night before, linked arms and marched through the heart of the city. Sometime around 11:00 p.m., protesters even broke out in song, singing "Lean on Me."

Thursday night's protest in uptown was the first 100% peaceful protest for the city.

Charlotte-Mecklenburg Police said Friday that there were zero protest-related arrests made during the protest.

"Last’s night’s protests were an excellent example of the exercise of First Amendment Rights. Viewpoints were expressed freely, passionately and devoid of violence," CMPD said in a statement.