Graham's eight-stop tour runs from the end of May to the beginning of October. But now, at least three of those locations are in question. 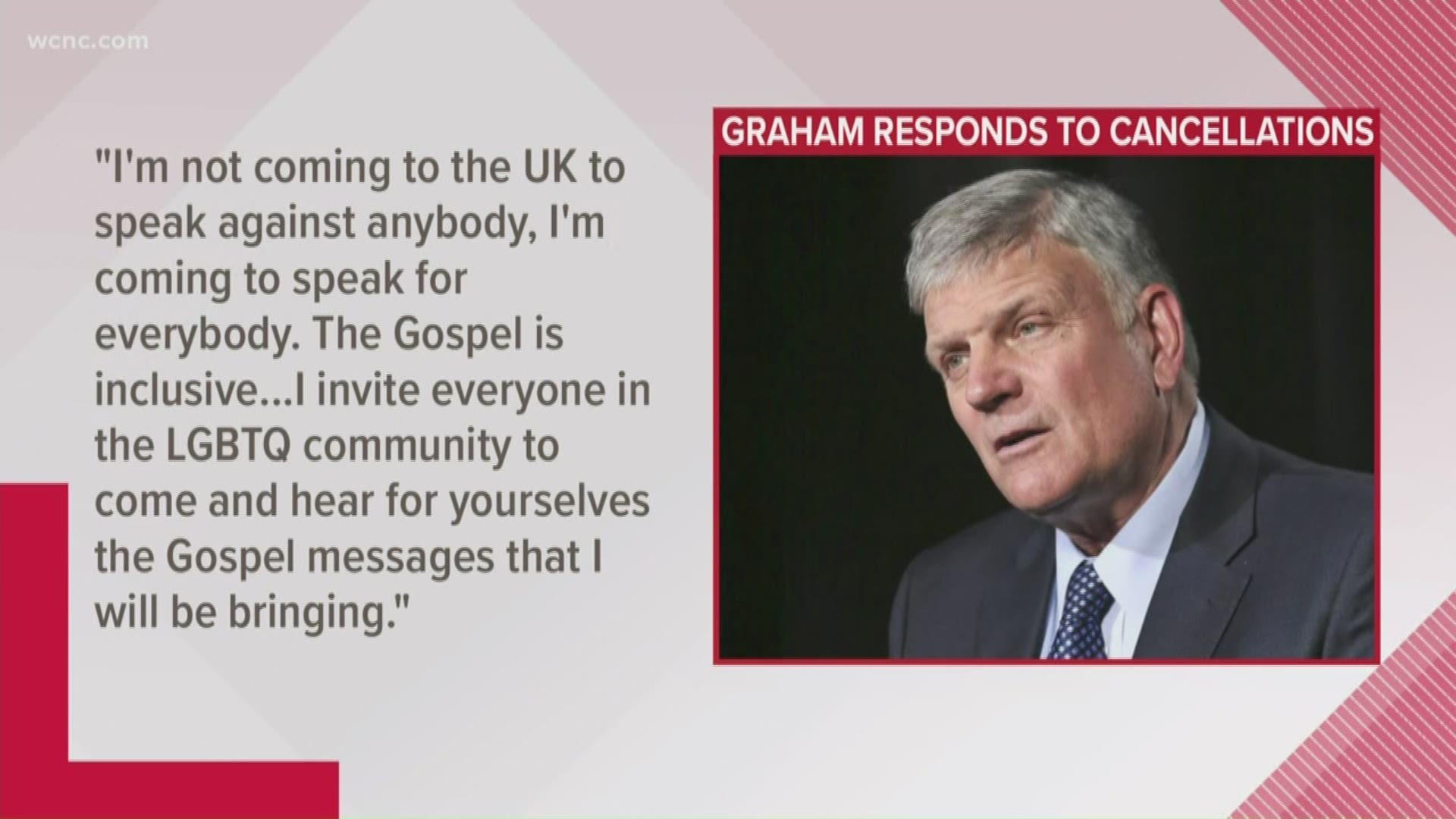 LIVERPOOL, UK — Evangelist Franklin Graham was banned from a venue in Liverpool, England ahead of his European tour.

Mayor Joe Anderson of Liverpool confirmed that Graham, son of the late evangelist Billy Graham, had been banned from the venue in a tweet.

"We can not allow hatred and intolerance to go unchallenged by anyone including by religious groups or sects," Mayor Anderson said, in part, in a tweet.

Graham's eight-stop tour runs from the end of May to the beginning of October. But now, three of those locations are in question.

After Graham was banned from M&S Bank Arena Liverpool, his website currently says the location for the June 12 event is "TBA."

Two other locations on the tour have also been canceled, according to BBC.

BBC reported Graham's May 30 visit to Glasgow, the first date on the tour, was canceled earlier this week. A spokesperson from the Scottish Event Campus told BBC that after realizing the publicity the event was gathering, they spoke with shareholders -- their principal shareholder requested they not host the event.

The June 6 event at Sheffield Arena in Sheffield has also been canceled, according to BBC, after calls by LGBTQ leaders saying Graham promoted homophobic views.

The venue operator told BBC they "did not endorse" Graham's views.

Graham shared a letter to the LGBTQ community on his Facebook Monday afternoon in response to the cancellations.

"It is said by some that I am coming to the UK to bring hateful speech to your community," the post says, in part. "This is just not true. I am coming to share the Gospel, which is the Good News that God loves the people of the UK, and that Jesus Christ came to this earth to save us from our sins."

Graham said he invites those in the LGBTQ community to attend his events and hear "the Gospel messages that I will be bringing from God’s Word, the Bible."

WCNC Charlotte has reached out to Scottish Event Campus and Sheffield City Trust for more information. At this time, there has not been a response.