They had food temperature issues too, and someone in charge blamed a new employee who hadn't been trained. 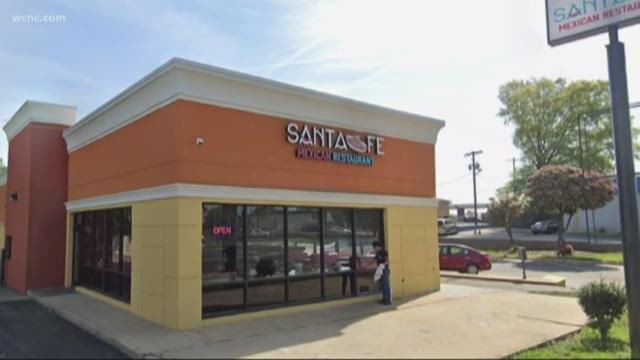 CHARLOTTE, N.C. — We've seen a lot of things on the restaurant report card, but wait until you hear what a health inspector found at an east Charlotte Mexican diner.

First up this week is the Santa Fe Mexican Restaurant on Central Avenue. They had food temperature issues and someone in charge blamed a new employee who hadn't been trained. Another employee was wiping their gloved hands on a towel around their waist, then touching dirty dishes and going back to the food but never changing gloves or washing their hands in between.

Another worker was seen mixing beans with her bare hand and her arm. In fact, the inspector noted that employee was elbow-deep in the beans.

Next up is the CiCi's Pizza on Windsor Square in Matthews. They had plates and utensils marked clean but they were still pretty dirty. They also had Alfredo sauce in hot holding but it was only at 117 degrees, that's way off. Also, employees were not wearing beard and hair nets to keep stray hairs off the pizza.

Last on this week's report is Fork in Cornelius. They had handwashing issues, too, and received a warning. They had undated food, including mashed potatoes, and they had unwashed produce in with ready to eat foods.

Their grade at Fork was a 90, the lowest possible A.

Remember, any time you go out to eat, there's more to the health inspection than a simple letter grade.