Additional charges could possibly come as detectives continue in their investigation. 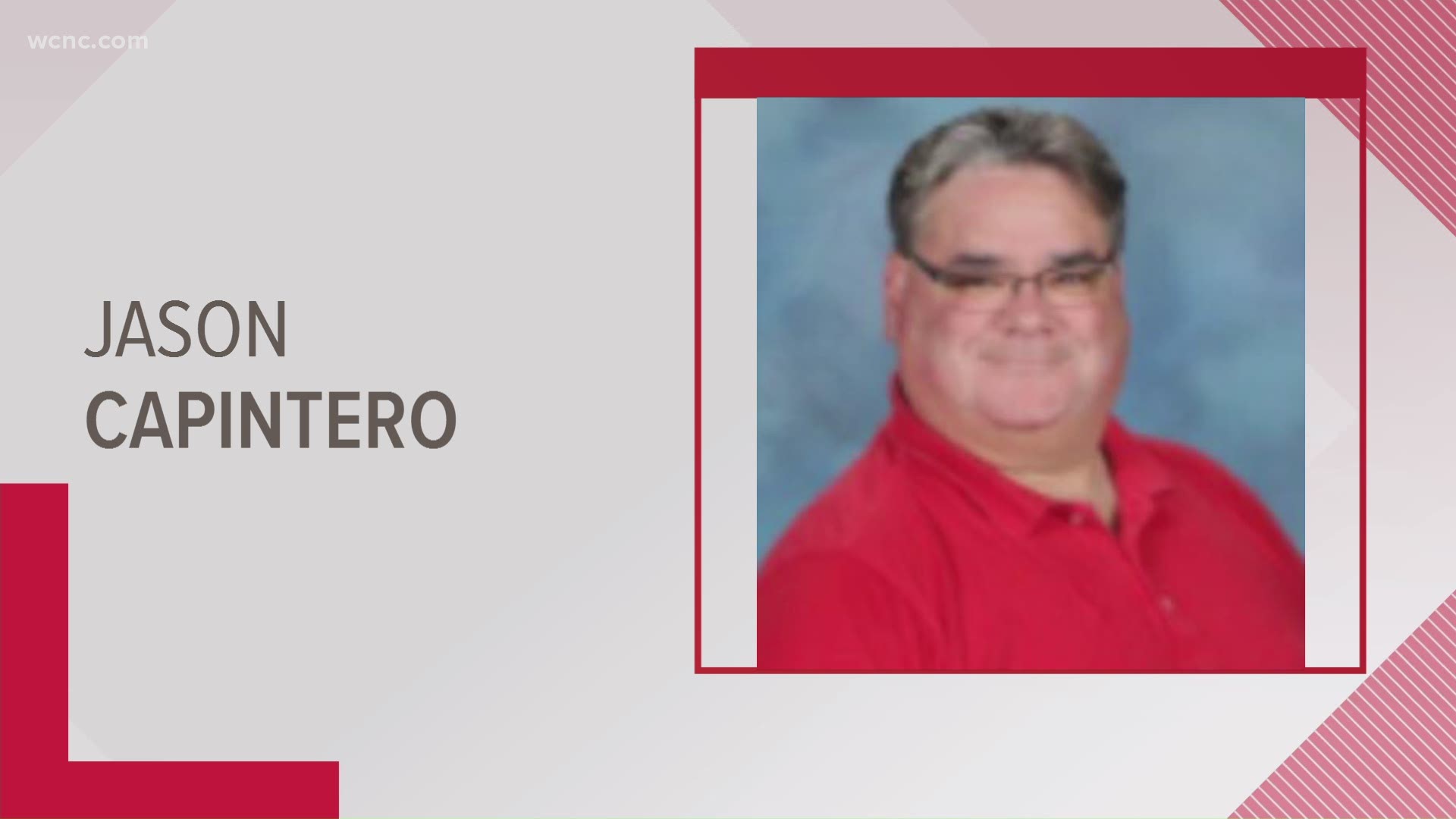 ROWAN COUNTY, N.C. — A Salisbury High School teacher was arrested and accused of indecent liberties with a child, according to the Rowan County Sheriff's Office. As the investigation continued, detectives found evidence of a second juvenile victim.

The sheriff's office began investigating the case in early November after receiving a complaint on the matter. The suspect was identified as Jason Carpintero, 51, of eastern Rowan County.

Detectives obtained a warrant for Carpintero's arrest on one count of Felony Indecent Liberties with a Child. He was arrested at his home, taken to the magistrate's office, and given a $250,000 bond.

During the investigation, evidence of a second juvenile victim was found on a media device at Carpintero's residence. He was then charged with five counts of 3rd-degree exploitation of a minor and received an additional $50,000 bond.

Additional charges could possibly come as detectives continue in their investigation.

RCSO confirmed the first child victim involved is not a student at Salisbury High School, where Carpintero is known to be a teacher, but did not provide any information on the second victim.

Jason Carpintero has been employed as a Teacher Assistant and Teacher at Salisbury High School since August 1, 2019. Previously, he served as a Teacher Assistant at East Rowan High School from February 2018 until transferring to Salisbury High. Prior to his full-time employment with the district, he worked as a substitute in our district from December 2014 to February 2018.  He was suspended with pay effective November 12, 2020 and has since resigned effective November 17, 2020. The Rowan Salisbury School System is cooperating fully with law enforcement during their investigation and encourages anyone with information to contact the Rowan County Sherriff’s Office.