The man can be seen walking with two other people down West bland Street before stopping and ripping decorations off the home. 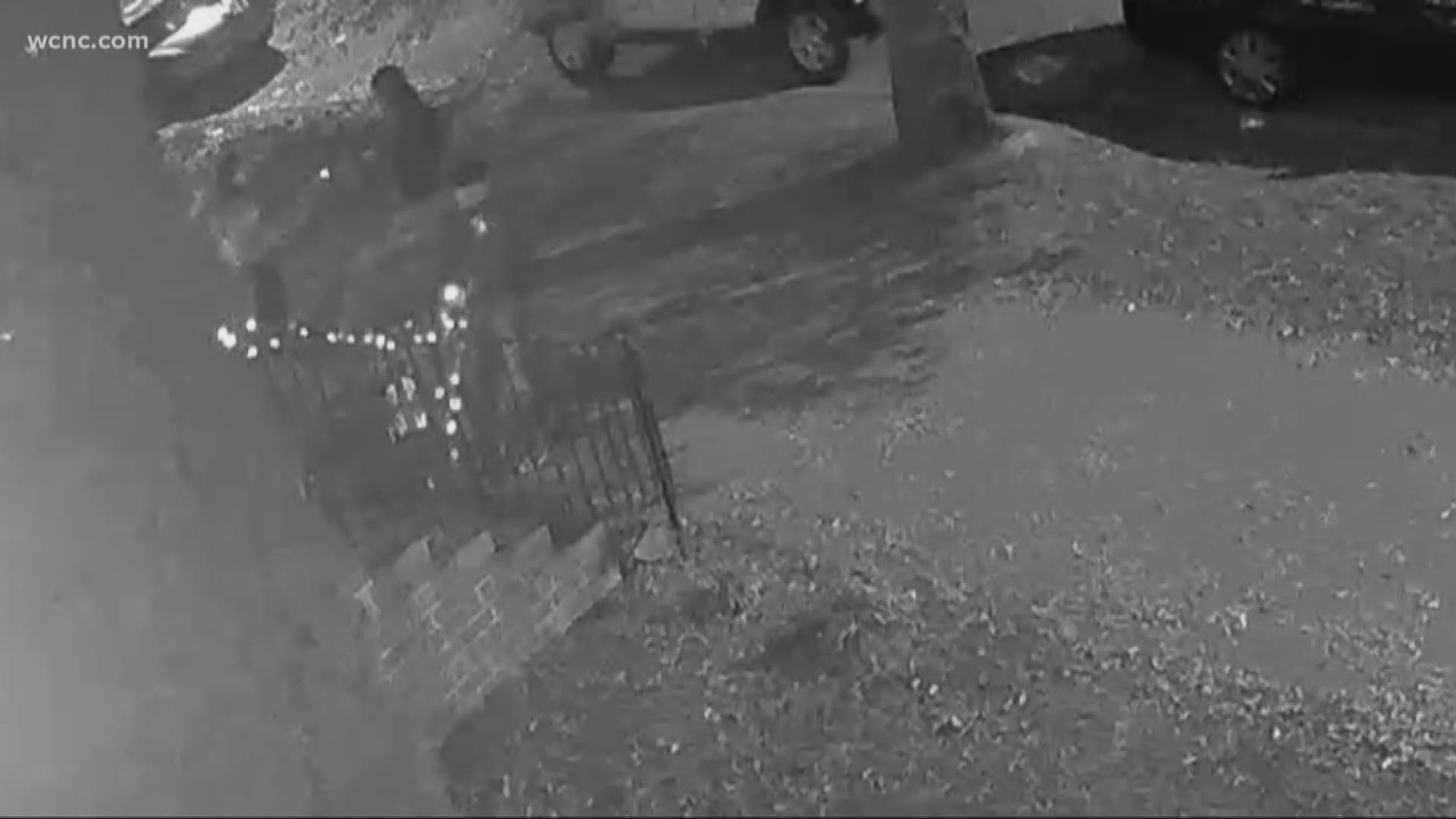 CHARLOTTE, N.C. — There’s a Christmas grinch on the streets of Charlotte.

New surveillance video shows someone tearing out the Christmas lights from a South End home. The person who caused the damage was walking with two other people on West Bland Street, before ripping the decorations off the home.

NBC Charlotte talked to the neighbor who caught it on video. Sean Melia says it happened around 9:30 p.m. on Sunday.

“It was kind of like shock [that] somebody would do that,” Melia told NBC Charlotte.

The video shows three people walking by the home when one of them grabbed the Christmas lights and ripped them out. Then moments later, the same person did it again to another section of the lights.

“The guy went over to the lights for whatever reason and started ripping them off and tearing the chord so ended up breaking her Christmas lights,” Melia said.

Over the years NBC Charlotte has reported on other similar cases caught on camera, including in Mooresville where someone knocked over several Christmas displays outside a home.

In the latest case, Melia says he posted the video to social media and got a lot of response.

“It was kind of funny to see everyone kind of come together and share dislike for this guy,” Melia said.

Melia believes whoever did it can still make it up to the neighborhood.

“I feel like the person might be able to make it right if he brought some other Christmas lights back or maybe came around here and picked some trash up or something like that," Melia said. "Who knows?”

NBC Charlotte tried to get in contact with the person who lives at the home where the lights were torn down, but at this point have not been able to reach them.