In March, she said she was among Statesville residents who received a KKK flyer. Sunday morning, she found a Confederate flag hanging at her apartment. 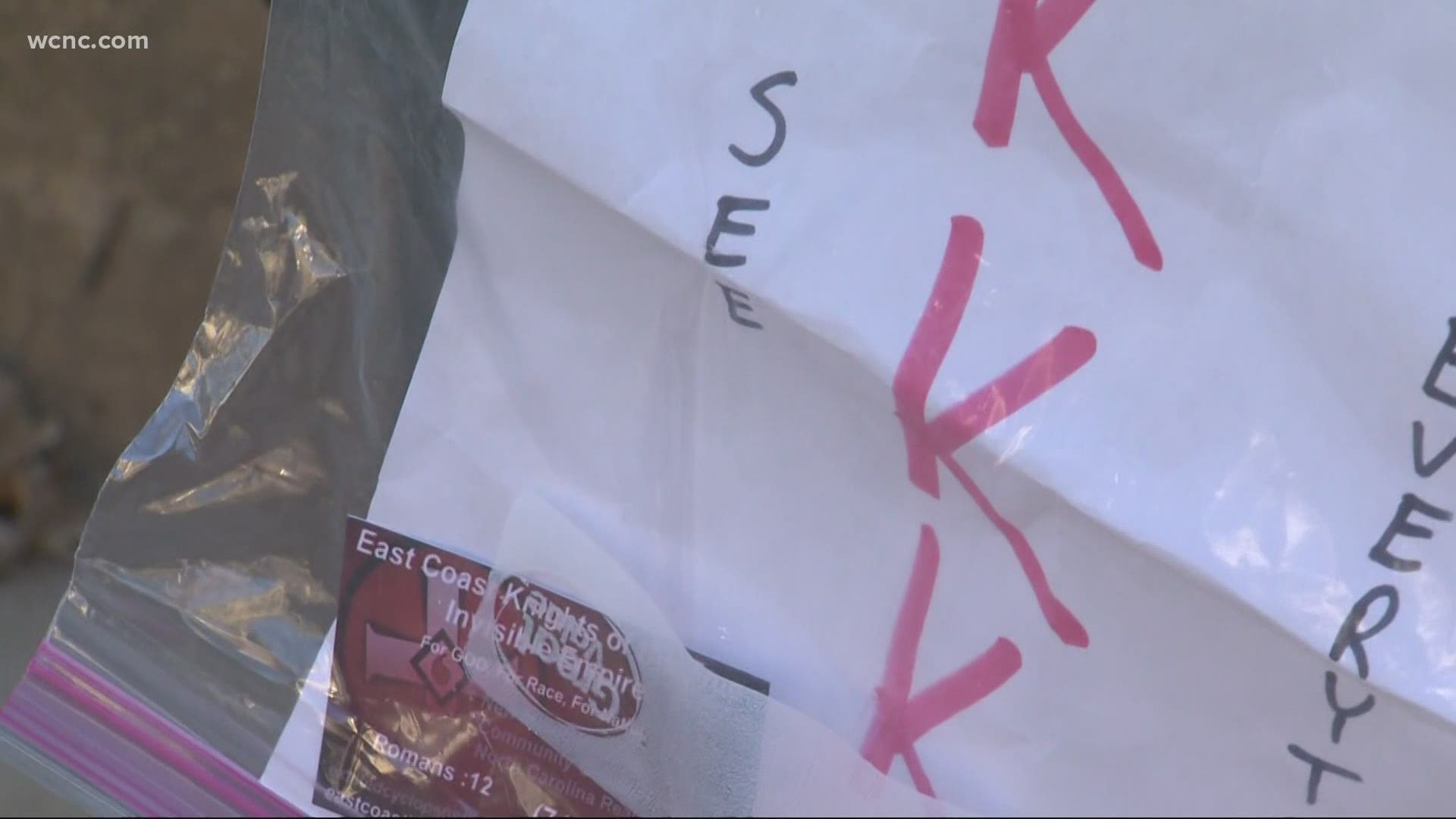 STATESVILLE, N.C. — A Statesville woman who started a petition pushing for the removal of a Confederate monument in Iredell County said she’s being targeted again.

Genesis Houpe said she found a Confederate flag hanging from a railing outside her apartment door early Sunday morning. Last month, Houpe claims she made another disturbing discovery.

According to Houpe, someone left a large plastic bag on her doorstep containing the letters “KKK” written in big, red letters along with the words “We See Everything”, pieces of candy and a small KKK recruitment card.

RELATED: KKK flyer left on Statesville woman's doorstep: 'We have been fighting too hard to let this type of hate come to our doorstep'

She says Statesville police officers confiscated the Confederate flag and the KKK paraphernalia.

Houpe believes she’s being targeted, but she doesn’t know why.

“Yes, I started the petition for the statue in downtown Statesville to be relocated, but for me that’s not enough motive for this type of stuff to be happening,” Houpe said.

Last summer, Houpe helped to organize a petition to remove the Confederate statue outside the Iredell County Courthouse in downtown Statesville. The petition received nearly 2,5000 signatures of support.

Houpe is now concerned for her family’s safety.

"I don't feel safe. I don't feel like my children are in a safe place at all,” Houpe said.  “I'm in the process of trying to figure out how I can move."