While its not known where the two contracted the virus, a WCNC Charlotte staff member is among those who has since tested positive. 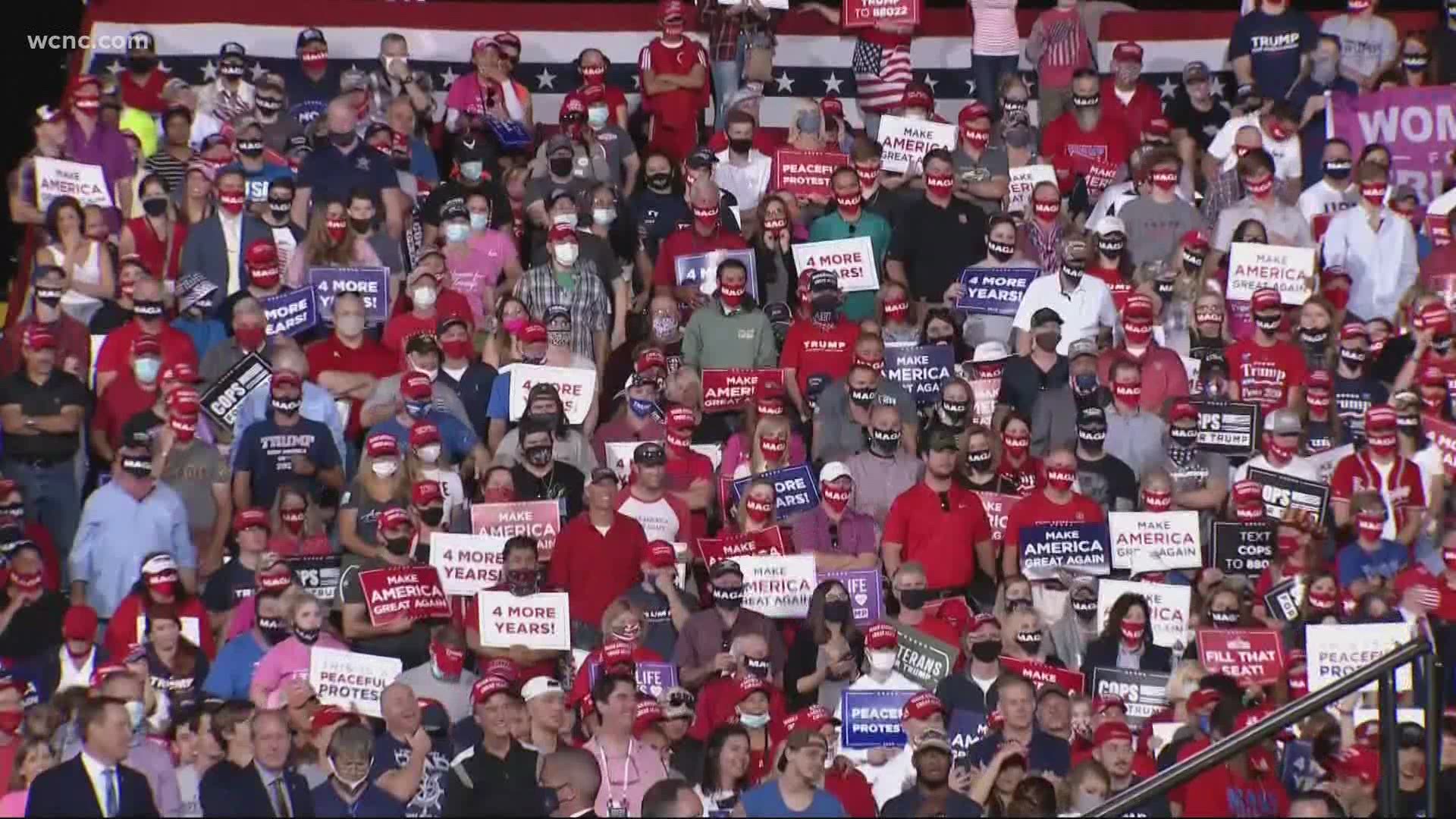 GASTONIA, N.C. — Two people, including a WCNC Charlotte staff member, have tested positive for the coronavirus after attending President Donald Trump's campaign rally in Gastonia on October 21. The Gaston County Department of Health & Human Services announced the positive tests results Thursday but could not confirm where the individuals contracted the virus.

"These cases are not thought to be an indication of spread from the rally at this time, but rather two independent cases among individuals who were in attendance," the released statement from county officials reads.

The one positive case among the WCNC Charlotte staff was discovered during follow-up, routine screening conducted according to station safety protocol.

"A WCNC staff member is one of the two people who tested positive after the Trump rally. The employee was wearing a mask, but due to secret service protocols, there were several times when social distancing was not possible. WCNC has done its own contract tracing and notified all known parties who interacted with the employee. The employee is not experiencing any symptoms and will continue to quarantine at home per the Gaston County health guidelines.

Because of the large gathering and lack of mask wearing by many of the participants at the event, WCNC requested the COVID-19 test out of an abundance of caution. WCNC asked all four staff members who attended the event to be tested. We had one positive, and the rest of our staff tested negative. A fifth staff member, who did not attend the rally but was in close contact with the staff member who has tested positive, has also tested negative. WCNC has been followed CDC, state and local guidelines."

It was not immediately known where these two individuals contracted coronavirus.

Gaston County health officials said they made the announcement publicly Thursday because of the vast number of people - estimated to be over 28,000 people - who attended the event.

"Because of the large number of potential contacts from the rally, and the inability to alert them directly, the community is being notified so they can assess their own risk and take appropriate actions," the county health department said as part of their released statement.

Officials encourage anyone who was in attendance at the rally to monitor their symptoms and seek testing if needed. Testing locations can be found on the North Carolina Department of Health and Human Services website, or by calling the or by calling the Gaston County Coronavirus Hotline at (704) 862-5303.