A woman was driving through town when she saw Earnhardt Jr.'s plane landing and knew something was wrong. Seconds later, it burst into flames. 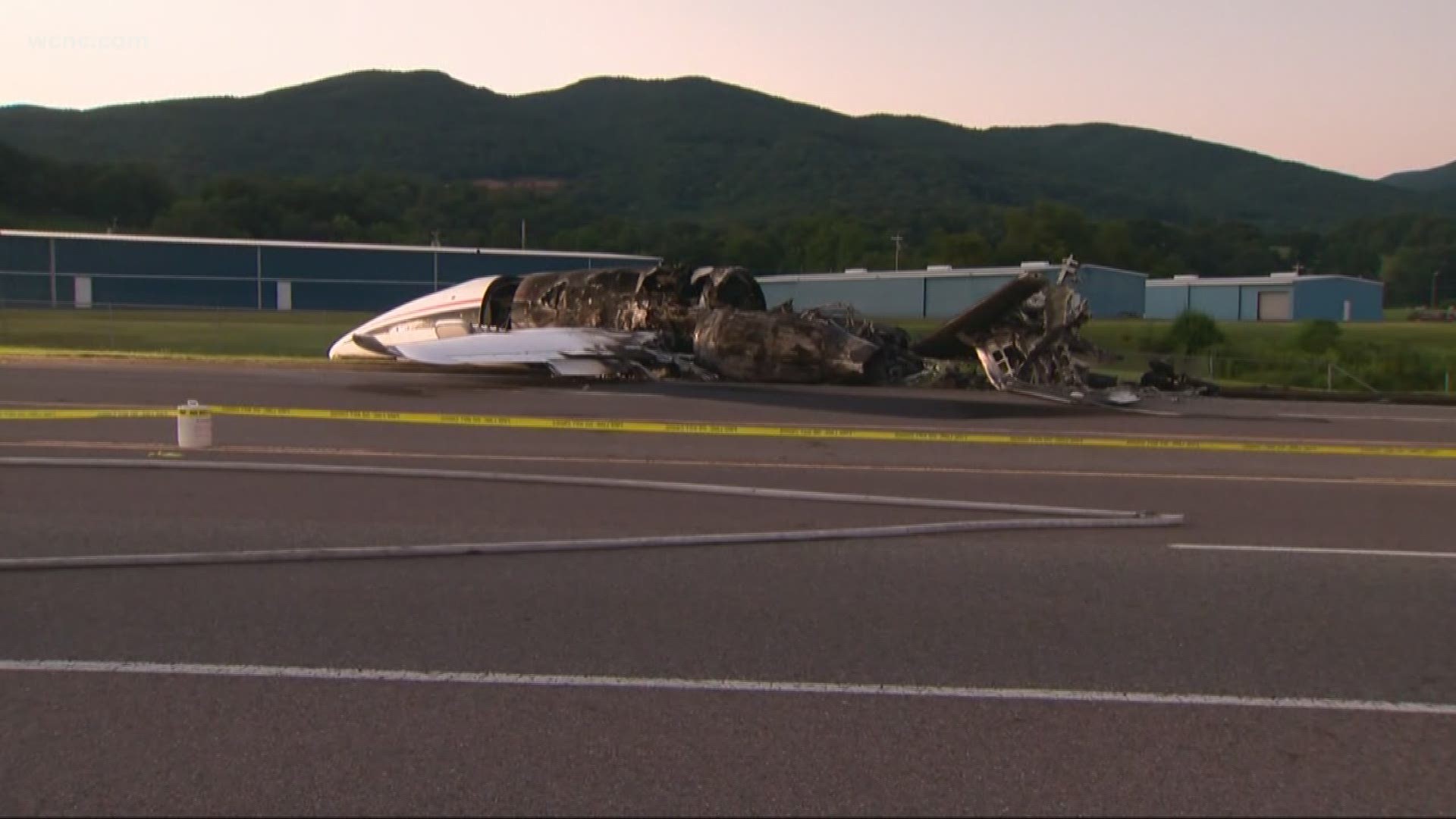 ELIZABETHTON, Tenn. — What was supposed to be a routine flight into Elizabethton Municipal Airport in in Tennessee turned into terror when Dale Earnhardt Jr.'s plane burst into flames with the former NASCAR driver and his family on board.

"That was pretty terrifying," said Kassandra Keesee, who saw the plane coming in for landing and watched it erupt into flames.

The close call was witnessed by several people driving along Highway 91.

"I was thinking, 'I can't believe it's crashing,'" Keesee said.

Keesee said she was driving to a friend's house when she saw the private jet trying to land. It slammed the ground and was coming in fast, she said.

"And they kind of hit it pretty hard and that's when that right wing tilts to the side and just scraped against the pavement and that's when sparks started flying," she explained.

Keesee saw the plane skid across the runway, break through a fence and come to rest in the road on Highway 91.

"I honestly couldn't imagine being on the plane, it was scary from my position, yet alone being in the plane itself," she said. "So my heart really does go out to them and I'm thankful they're OK."

Earnhardt Jr., his wife Amy, daughter Isla, their dog, and two pilots all escaped without serious injuries, according to the Carter County Sheriff.

"I was genuinely surprised that no one got hurt because it did look like a pretty bad one," Keesee said.

The National Transportation Safety Board said it is sending two investigators to the scene. They are expected to begin their investigation Friday morning.

Officials with the FAA acknowledged that the plane went off the runway, but did not elude a reason.