Security concerns rise after chaos at the Capitol

Criminal justice experts are asking that law enforcement take violent groups, like the one that stormed the Capitol building, more seriously. 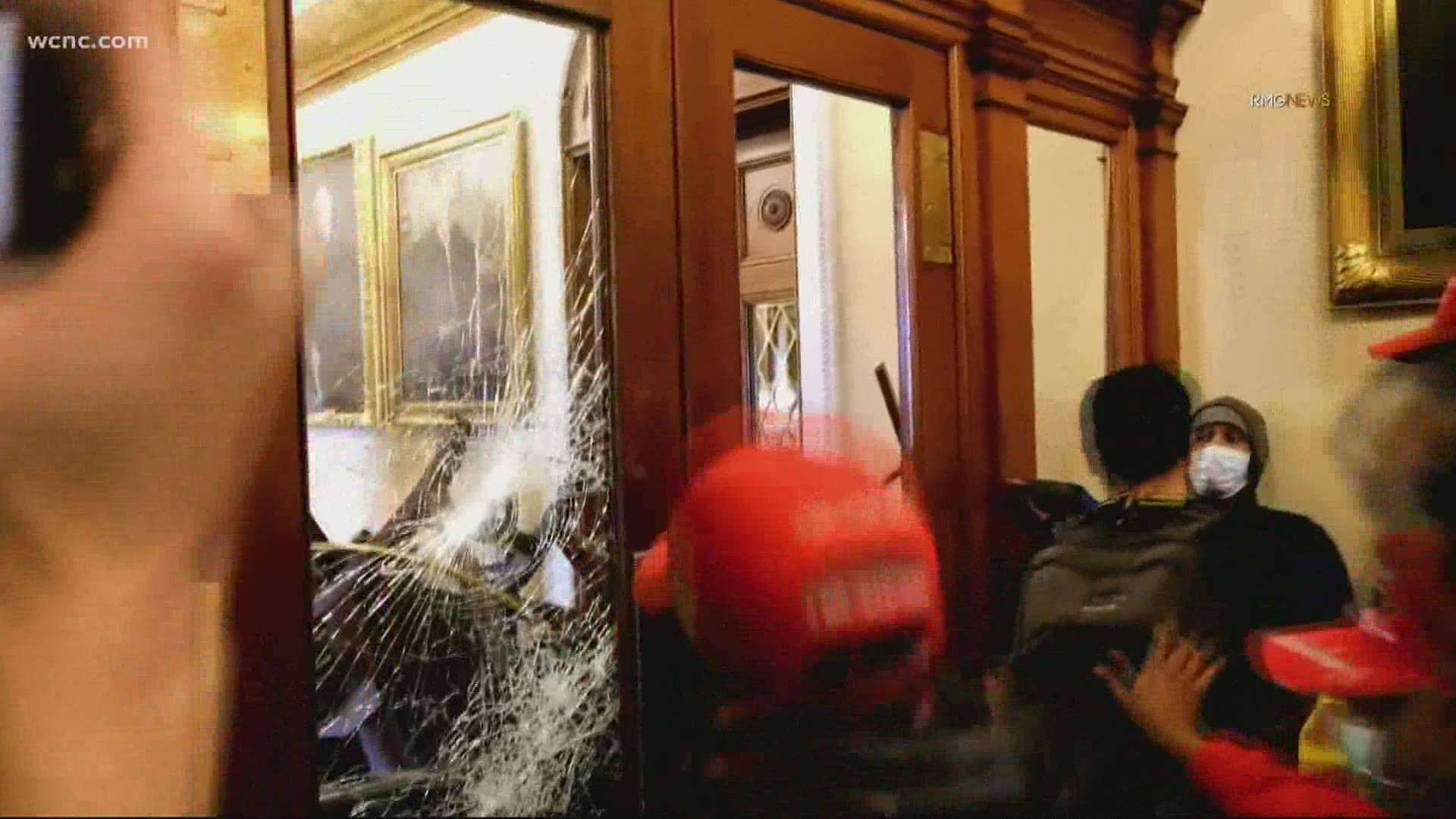 CHARLOTTE, N.C. — It was a protest that was long-planned -- law enforcement in Washington, D.C. knew about it for weeks. It turned into a violent mob that stained democracy, and criminal justice experts are worried about what's to come.

It took place for hours. Many were glued to their televisions or phones inside their homes, at work, at stores -- watching the horror unfold live on several platforms.

RELATED: Public Emergency in effect in DC for 15 days after Capitol riots

As many watched the chaos at the Capitol, many questioned how it could happen at what's supposed to be one of the most secure buildings in the world.

"I could not imagine that happening in the United States of America," Stephens added.

He has more than 50 years of law enforcement experience at the highest levels, and believed officers weren't ready for what happened.

As the nation watched, images showed officers being overpowered and pushed closer to where the mob wanted access.

1 / 9
AP
U.S. Capitol Police with guns drawn watch as protesters try to break into the House Chamber at the U.S. Capitol on Wednesday, Jan. 6, 2021, in Washington. (AP Photo/J. Scott Applewhite)

UNC Charlotte assistant professor of Criminal Justice and Criminology Shannon Reid said officers underestimated the risk because the group of rioters isn't taken as a serious threat by law enforcement as other violent groups are.

"We don't expect something to happen, but there are warning signs and we're not taking those warning signs as seriously for these groups as opposed to gangs, which I study," Reid said.

She argued local police departments need to better monitor groups like white supremacists, the proud boys, and other violent groups.

There are now concerns for what's to come next, including in communities around the country at the local level.

"That's a concern that people either were there and will take it home, or be here and see it and say we could do this here," Reid explained.

RELATED: 'America is better than this' | NC lawmakers, leaders condemn violence at Capitol