Through a new program, catastrophically injured war veterans are being coached on speaking to groups, as they learn to share stories of survival and finding purpose. 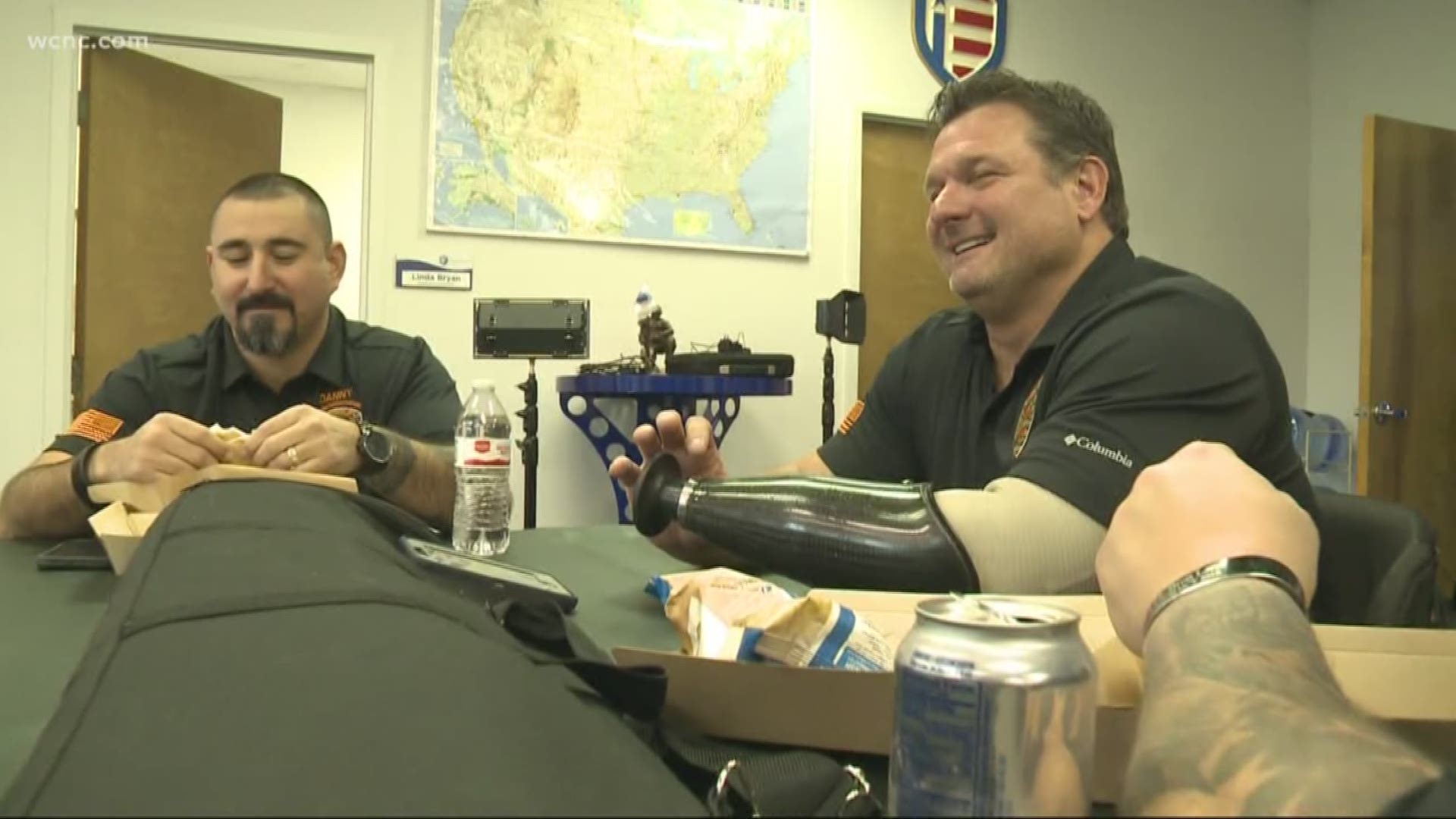 CHARLOTTE, N.C. — A Charlotte non-profit is working to give severely injured veterans back from war a new mission, by training them how to speak in public and how to use stories of survival to inspire others.

Through this, the veterans hope to use new skills to share their stories with businesses and community groups.

“I got caught in a complex ambush," Army veteran Jack Zimmerman said. "I stepped on an IED resulting in me losing both my legs and wounding both my arms."

Zimmerman was deployed to Afghanistan in 2010 with the 101st Airborne Unit. War stories like his aren’t often heard.

“We call them heroes, we have magnets on our cars saying, ‘Support the troops,’ but what we don’t hear is from catastrophically wounded veterans that have overcome unimaginable odds,” said Paul McKellips, who works for The Independence Fund in Charlotte.

The Independence Fund is looking to change that, through a new program called Tiger Team 7.

In the program, catastrophically injured war veterans from around the country are being coached on how to speak in front of businesses and groups, as they learn how to best share their stories of survival and how they are once again finding purpose.

“I find it so therapeutic for me to share my story," Zimmerman said. "And I think it’s good for the rest of the country to hear what went on overseas ... and to give them a better understanding of what we actually go through over there."

Zimmerman hopes by getting out there and reconnecting with those in the community, it will help people feel more comfortable approaching him and other wounded veterans.

“We’re just like everybody else, we just want to be acknowledged," Zimmerman said, "It’s as easy as someone coming up and saying, ‘Hey, what happened.' Or, 'Hey, I’m Jack, nice to meet you. Do you mind me asking what happened?’"

Veterans sometimes come back from war and feel isolated because people don’t know what to say. Zimmerman says serving his country was the greatest thing he’s ever done and if he could go back, he wouldn’t change a thing.

The Tiger Team 7 training is offered by The Independence Fund, a nonprofit organization committed to empowering the nation’s catastrophically wounded, injured, or ill veterans to overcome physical, mental, and emotional wounds incurred in the line of duty.

Zimmerman expressed his optimism due to the change in environment since Vietnam veterans returned from war.

"They had no outlet to go to, but we have the world to go out to and to share our stories with," Zimmerman said.