The efforts by police departments to be transparent about traffic enforcement efforts have re-defined the concept of a "speed trap." 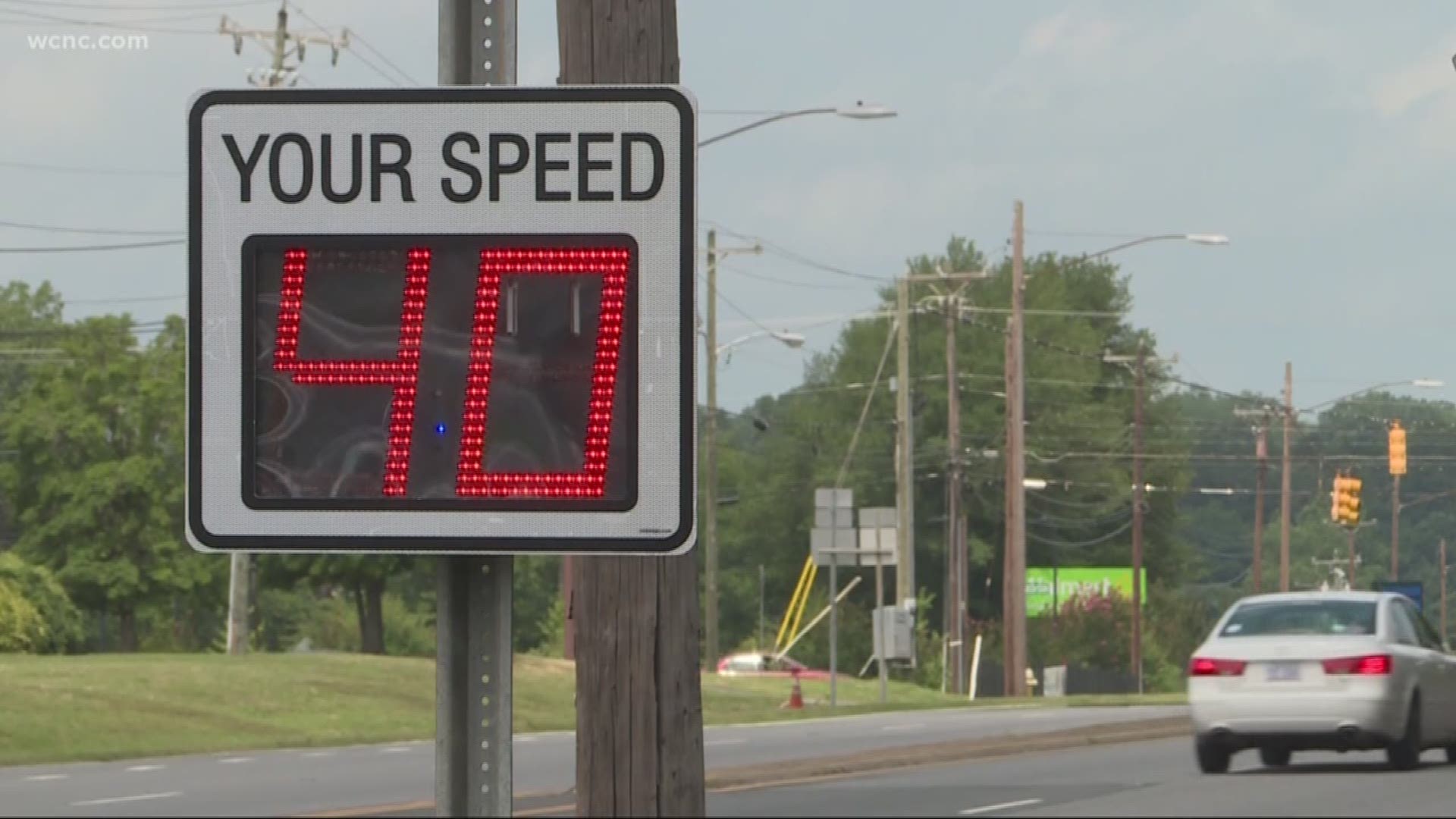 HICKORY, N.C. — Police departments throughout the Charlotte region are cracking down on speeding and distracted driving while using technology and social media to reshape the idea of "speed traps."

Since it began its traffic safety push in March, the Hickory Police Department has posted updates to Facebook, which warn drivers which roads officers will be focusing on for the month.

"We definitely see an increase in traffic crashes during the summer, and we see a heavy increase in traffic just in general," Captain Philip Demas said. "We post on our Facebook before and during of the exact areas we're going to be working traffic enforcement."

Hickory Police also installed radar boxes under speed limit signs, and it posted signs warning drivers when a stretch of road is a traffic enforcement area.

Shelby Police just announced on its Facebook an upcoming speeding crackdown in its uptown area while Morganton Public Safety announced its own speed enforcement operation Wednesday, which included locations and time.

Chardae Wilson lives along one of the roads where Hickory Police is focusing its efforts this month.

"I get angry sometimes," she said. "This is a neighborhood; kids live here. Y'all need to slow down!"