North Carolina is expected to be crucial to win the presidency and the ideals that come with it. 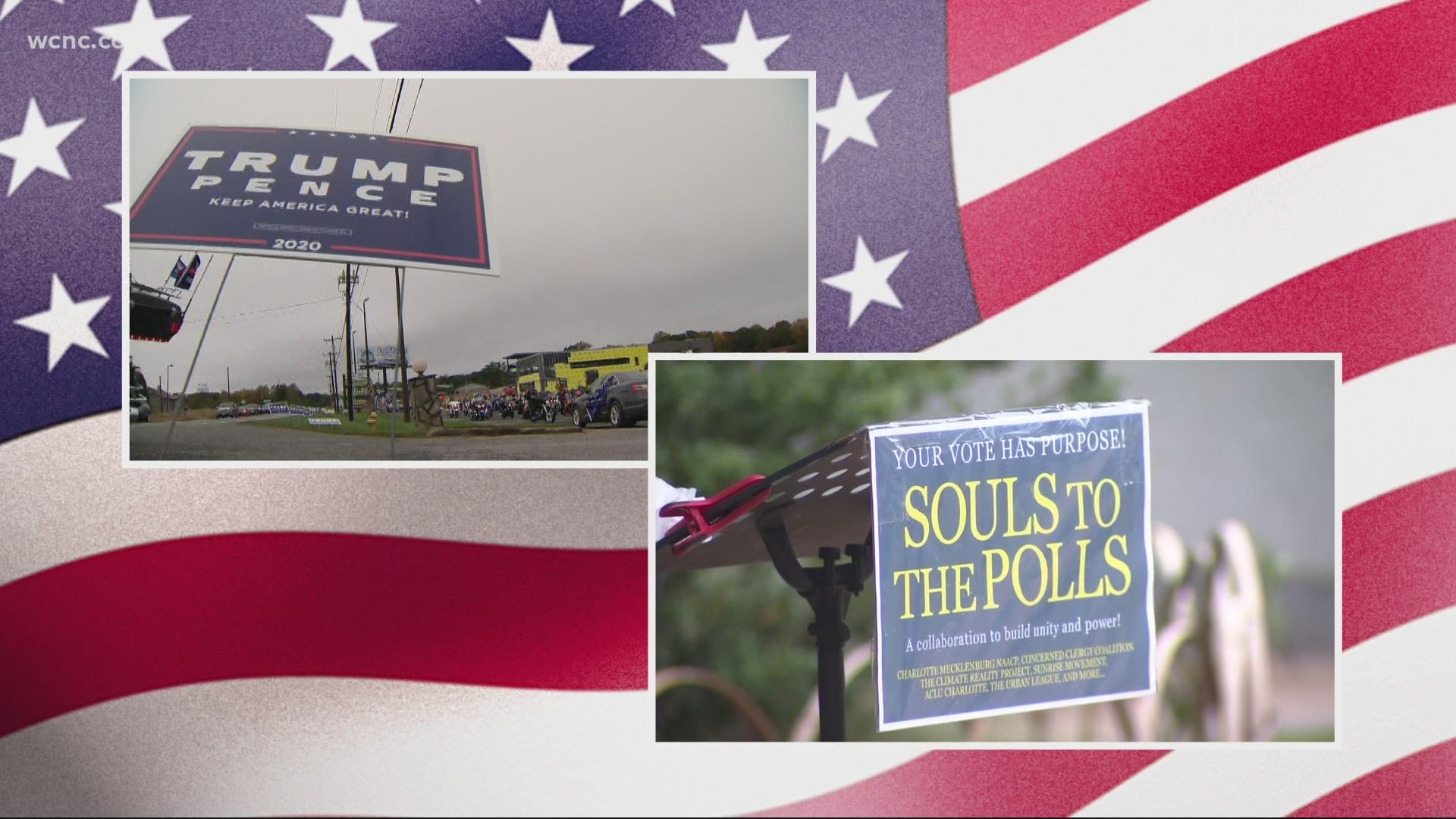 MOORESVILLE, N.C. — With just over a week days to go until Election Day, it’s not just the presidential candidates on the campaign trail. On Sunday, community groups held dueling rallies in North Carolina hoping to bring out support for their candidate.

In Mooresville, North Carolina, engines revved and flags waved in a Bikers for Trump rally.

Pagani said the goal was to put that support on display, especially for voters who haven’t made up their minds.

“I think there is that undecided voter and that’s in the back of our minds is to try to convince them that there is a strong group of people out there,” Pagani said.

Meanwhile, in Charlotte, the Charlotte NAACP and other advocacy groups held a second Souls to the Polls event in support of Joe Biden.

"We cannot win the White House or up and down the ballot without high concentrated turnout,” said DNC Senior Advisor Antjuan Seawright.

"When you think about the people who say you love and you respect like John Lewis and Dr. King, these men and a lot of women fought to give us this right," Brown said.

With nine days to go until election day, 42% of North Carolinians have already voted in a state that’s going to be crucial to win the presidency and the ideals that come with it.

RELATED: Here’s why North Carolina will play a significant role in the election

"We don’t want to be held back by laws such as our Democrat friends are looking to promote, we’re hoping to push that vote to the right,” Pagani said.

"If we’re going to take back this country and get this country back on track, that starts here in North Carolina,” Seawright said. 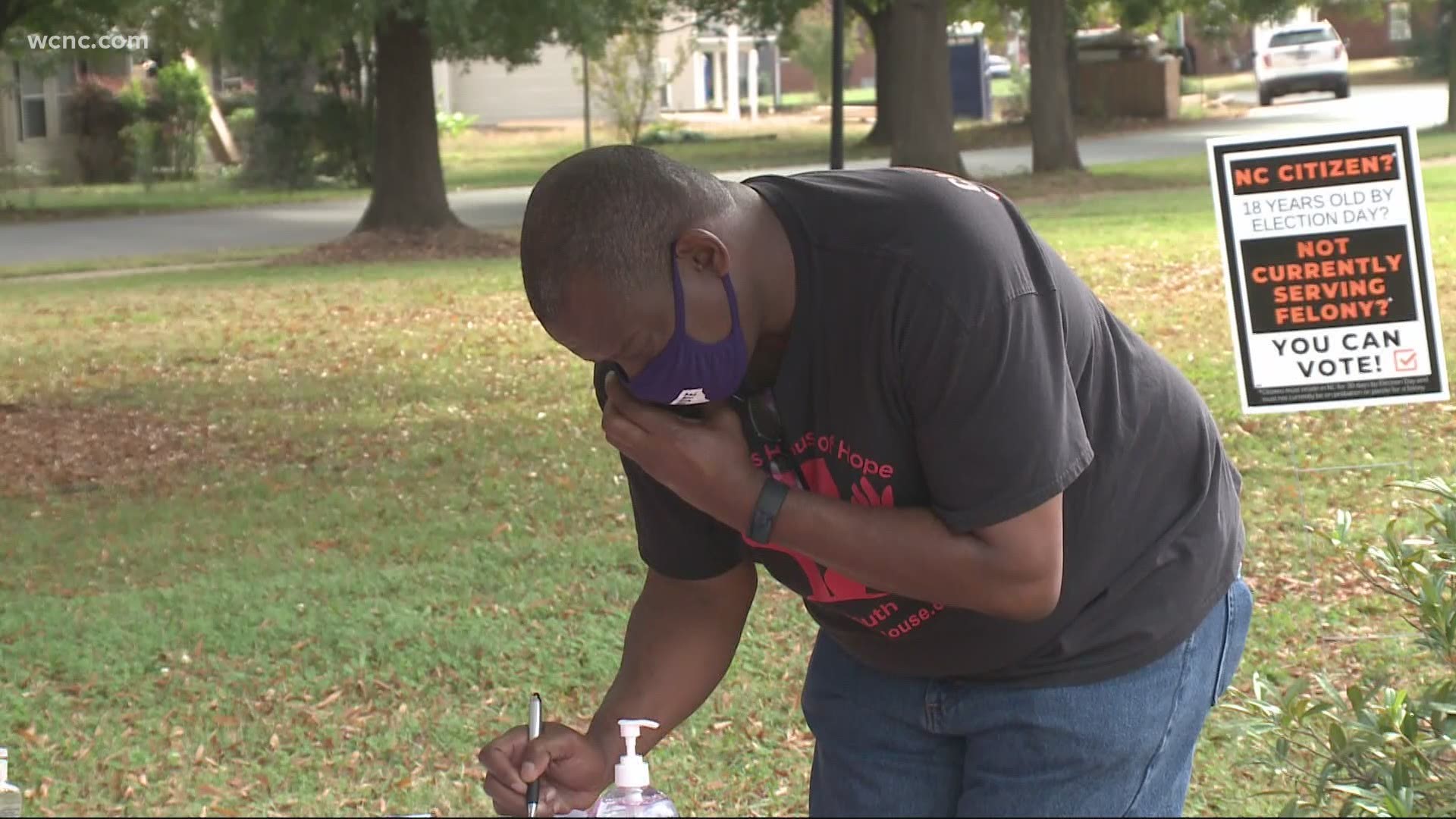