The new procedure will now count your vote by scanning a bar-code. Security concerns were muted Tuesday when commissioners voted 8-1 in favor of the new machines. 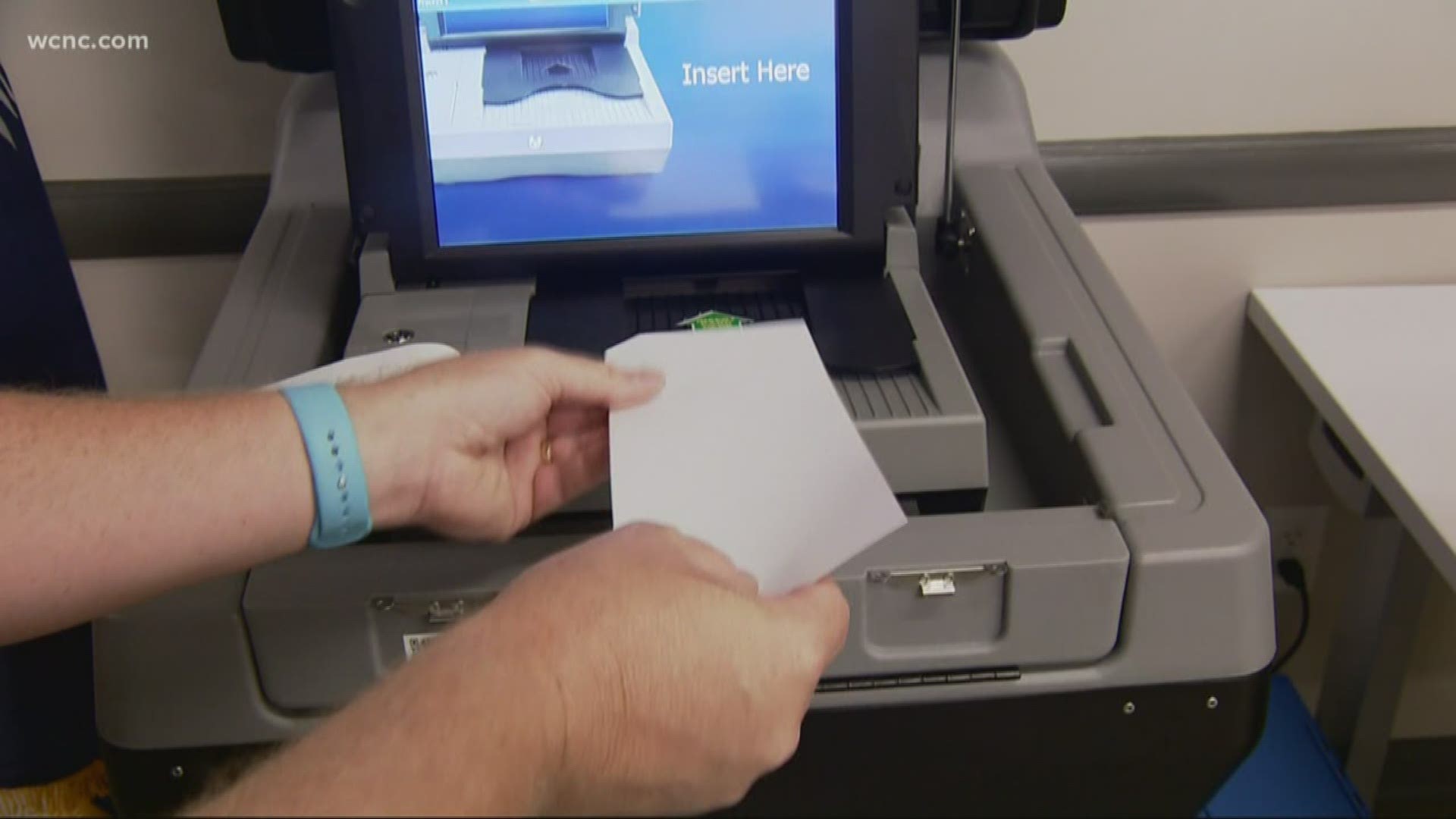 The county needed to change the type of voting machines used after a change to state law.

"We do not have a choice," said County Commissioner At-Large Pat Cotham. "The state has told us we have to change it."

The new machines will be made by Elections Systems & Software, a company that's responsible for nearly 50% of the nation's voting machines, according to the maker.

Here's how it would work: A voter inserts a blank card into the machine. Then, the voter makes selections on a touch screen and reviews the choices. Once all selections are made, a ticket is printed out. The ticket has a bar code at the top and a summary of the voter's selections below.

The voter then walks the printed ticket to a tabulator and inserts it.

The tabulator scans the bar code at the top, which casts your votes.

The paper card remains in the machine, available if a hand recount is needed.

County Commissioners got a first-hand look at how the machines work in 2019 and spoke about their observations at Tuesday's meetings.

"I was impressed that it's not going to be able to be hacked," Cotham said.

The decision comes after similar machines by the same company drew concern in Pennsylvania in 2019, when thousands of votes weren't counted for one candidate. A hand-count was later completed to fix the issue. Officials there said the system worked since the paper ballots are kept in case of a recount.

Nobody brought up the Pennsylvania case at Tuesday's Mecklenburg Board of County Commission meeting. However, cybersecurity concerns were raised.

"The touchscreens violate the basic concept of, ‘Don't put a computer between the voter and the ballot," said Marilyn Marks with Coalition For Good Governance. "All cybersecurity experts say don't buy it. It's old thinking, it's out of date, it cannot be audited, it's not secure."

Vice-Chair Elaine Powell, who was the only no vote, asked questions on security as well after hearing from her constituents.

"I have received more than 100 emails with citizen concerns," Powell said.

Director of Mecklenburg County Board of Elections, Michael Dickerson, said he has full faith in the system.

"I have to test every piece of equipment before I send it out," he said. "I know the equipment will work."

Dickerson said his board voted unanimously in favor of the new machines, while the North Carolina Board of Elections voted 3-2 in favor.

The new machines and process will cost between $10-11 million dollars, all of it funded by local taxpayers since the state nor federal governments contributed any funding.