A poll out this month shows 31% of respondents approve of the way Tillis is handling his job. 35% disapproved. 34% didn't have an opinion one way or another. 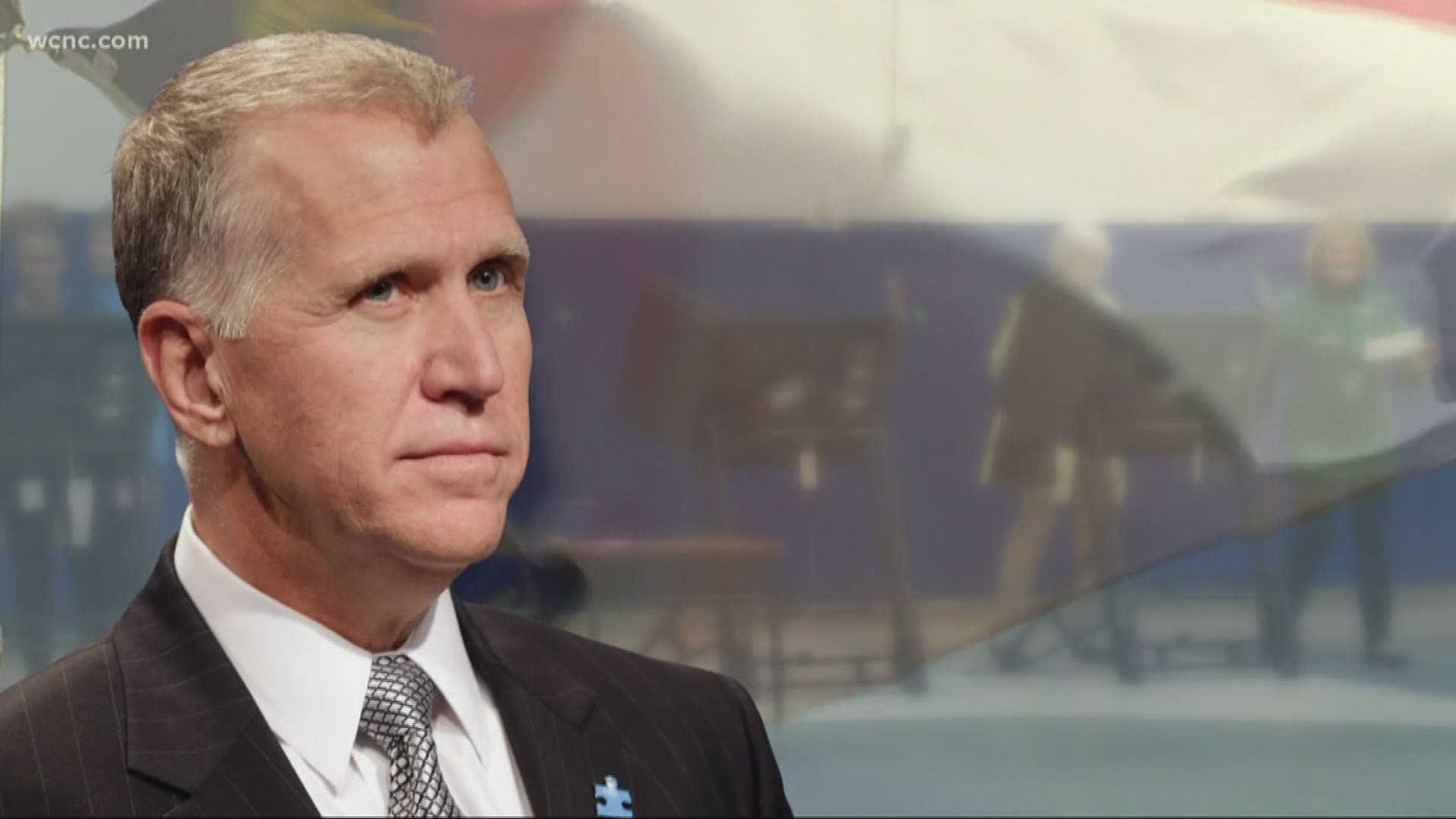 NORTH CAROLINA, USA — Senator Thom Tillis has been called one of the most vulnerable senators up for re-election next year.

While some vulnerable Republicans have tried to hold President Trump at arm's length, Tillis boasts of Trump's endorsement for the 2020 elections.

A poll out this month shows 31% of respondents approve of the way Tillis is handling his job. 35% disapproved. 34% didn't have an opinion one way or another.

"Thom Tillis certainly has a lot of support within the Republican Party but outside of his base it's very tight," said Dr. Michael Bitzer with Catawba College.

Tillis is being challenged by conservative businessman Garland Tucker for the GOP nomination. Cal Cunningham is the presumptive Democrat in the race.

The new nonpartisan analysis from Politico rates the Tillis race a toss-up.

Inside Elections move the race to "toss-up" -- saying Tillis had an image problem with voters.

"It really will be one of the most competitive races in the United States Senate races," Bitzer said.

Tucker said Tillis has strayed from following President Trump's agenda. Tillis has countered by praising the president whenever he can.

Tillis is already running political ads and looking for a lot more of them as next year's March 3rd primary date draws closer.

Woman carjacked at gunpoint while pumping gas in York County